(ATTN: UPDATES with figures in six sessions to Friday)

The MMFs had a combined 121.2 trillion won under their management as of Friday, up 5.8 trillion won from the end of October, according to the Korea Financial Investment Association.

Those funds registered a net money inflow for six straight business days starting on the first day of this month. The funds chalked up a net outflow of 8.2 trillion won in September before switching to a net inflow of 13.2 trillion won last month.

MMFs usually invest in short-term debt securities, such as state bonds and commercial papers, which are deemed as safe as bank deposits but have relatively quick and high returns. 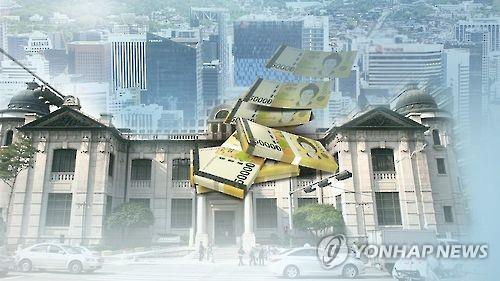 "A recent surge in Treasury yields and other market interest rates might have had a positive impact on investors pouring their money into MMFs," said Jun Gyun, an analyst at Samsung Securities Co.

The yield on benchmark three-year Treasurys rebounded to 1.500 percent on Monday after tumbling to a record low of 1.093 percent on Aug. 19. Bond yields move inversely to prices.

Others said floating money might have moved to MMFs amid lingering uncertainty surrounding U.S.-China trade negotiations. The amount of money deposited at MMFs tends to increase on rising market uncertainty or investor jitters.

"Uncertainty over the trade talks has expanded as Washington and Beijing remain divided on the extent of their agreement to tariff phaseouts," said Lee Kyung-min, an analyst at Daishin Securities Co.
(END)