SEOUL, Nov. 12 (Yonhap) -- Kia Motors Corp. on Tuesday unveiled the exterior design of its all-new K5 sedan ahead of its domestic launch next month.

The third-generation K5 midsize sedan comes with a wider "tiger face" grille and a strong bumper incorporating large air intake vents and multibeam LED headlamps. It also has a bold character line that runs up along the sides that Kia claims exudes both power and elegance.

At the rear, the side character line trails into the back and merges with the rear lamp graphics. The roof has a bit of a fastback look, ending at the trunk lid. 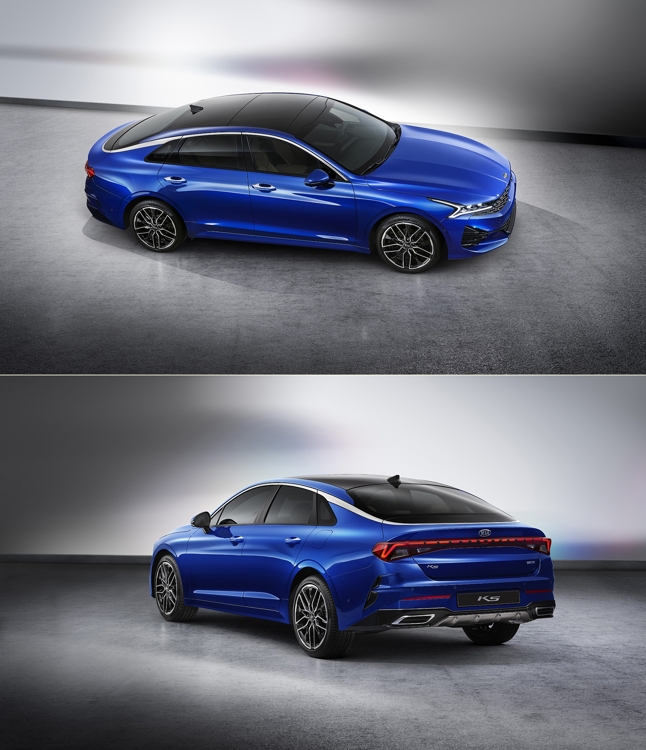