Ultrasound and magnetic resonance imaging checkups, as well as the use of emergency rooms and intensive care units, began to be supported by the public health care system this year, according to the National Health Insurance Service (NHIS).

The deficit marks the second year in a row that the health insurance balance has been in the red. In 2018 the current account deficit stood at 177.8 billion won, after running a surplus for seven straight years.

The NHIS said that along with the shortfall, the accumulated cash reserve for the national health insurance is likely to dip to 17.4 trillion won at the year's end from 19.6 trillion won as of late August.

The Moon Jae-in government has been seeking to reduce the burden of health care-related expenditure by ordinary people, especially the underprivileged, children and the elderly, and to provide more support for a wider range of medical treatments. 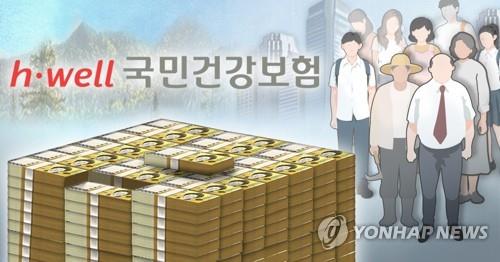