The 712.8-square-meter, two-story facility was constructed in the Ethiopian capital of Addis Ababa and sponsored by South Korea's Lotte Group, with the ribbon-cutting ceremony taking place on Monday, according to the ministry.

Ethiopia was the only African nation that sent ground troops to the 1950-53 conflict. Of its 3,500 soldiers, 122 were killed and 536 were wounded during the three-year conflict, the ministry said. About 150 veterans are still alive.

The welfare center in Ethiopia is the third of its kind to be built under South Korea's project to express gratitude for international soldiers' commitment and sacrifice. The first such facility was established in Bangkok in 2014, and the second in Bogota, Colombia, in 2017, according to the ministry.

"I appreciate South Korea remembering our veterans. I hope this case would serve as a chance to further boost exchanges between the two nations," Takele Uma Banti, deputy mayor of Addis Ababa, was quoted by the ministry as saying.

During the Korean War, nearly 2 million U.N. soldiers and more than 3,000 medics were sent to the Korean Peninsula to fight invading North Korean and Chinese soldiers, according to South Korean government data. Of them, 40,670 servicepersons were killed, 104,280 others were wounded and over 9,000 are still missing. 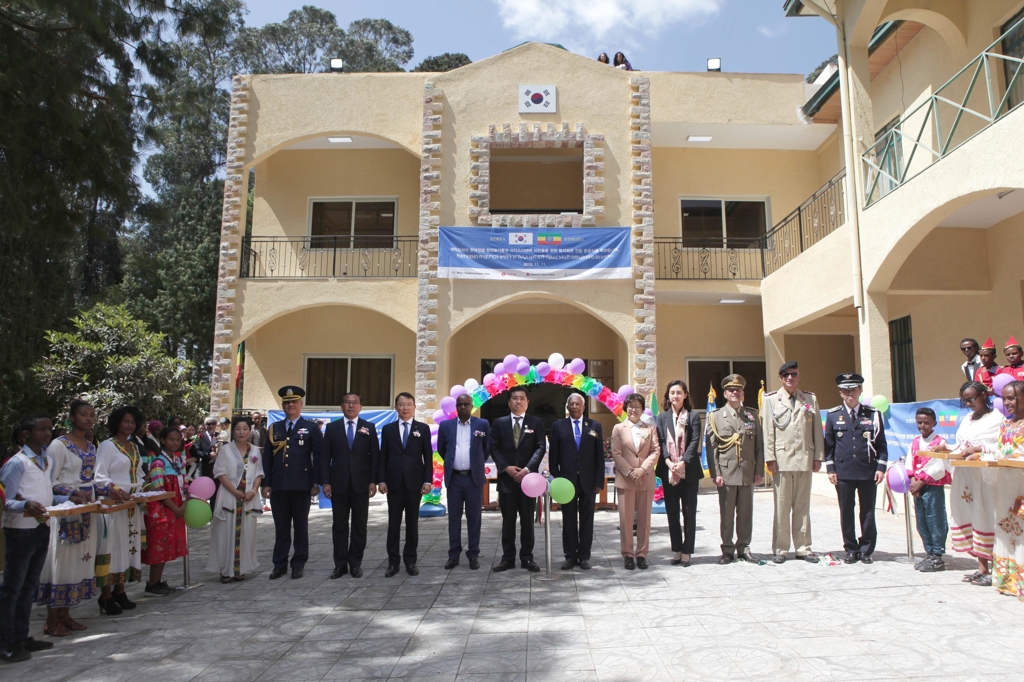