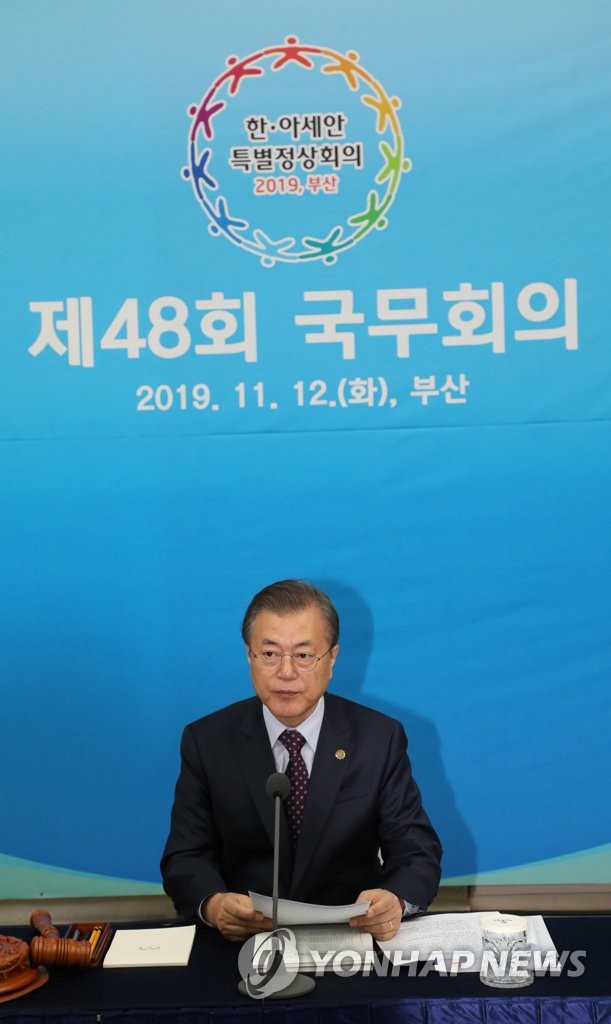 But Moon did not mention the possibility of North Korean leader Kim Jong-un visiting Busan.

The government has invited Kim to the ASEAN summit as an observer. But the outlook for his trip remains slim, given stalled denuclearization talks between the United States and North Korea and strained inter-Korean ties.

But Cheong Wa Dae does not appear to be ruling out such a possibility.

"There have been no tangible progress, but working-level officials are said to be preparing for the summits while leaving all possibilities open," a senior presidential official told reporters Monday.