Kim issued the order last month, saying the North should build its own international tourist zone at the scenic mountain. The order was seen as an apparent threat to end the joint business amid few signs that the long-suspended project could resume anytime soon.

The North then officially asked the South to come remove the resort facilities. In response, the South offered to hold working-level talks to discuss the fate of the tourism project, but Pyongyang rejected the proposal.

At a forum on Tuesday, Hong Soon-Jick, a senior researcher at Future Korea Institute at Kookmin University, said that Kim's order should not necessarily be seen in a negative light because it could really reflect Kim's aspiration to make the North a tourist nation.

"When we talk about redevelopment in general, an old building is taken down but a new apartment building is built in that place ... we can see this as a 'remodeling' concept rather than from a negative perspective," he said at a forum on the Mount Kumgang tourism project.

Developing tourist zones has been one of Kim's economic policy priorities. Currently, two major tourist zone development projects are under way in the North, one in Samjiyon County at the foot of the country's highest peak Mount Paekdu, and the other in the east coast city of Wonsan.

Lee Chan-ho, a lawyer and former unification ministry official, also said during Tuesday's forum that it's important to understand whether Kim's decision to remove facilities means "an end to the project after the removal of facilities or an upgrade to the facilities."

"So it is important to talk to the North about the issue through working-level talks," he added.

Launched in 1998, the tour program was regarded as a symbol of inter-Korean reconciliation until it was halted in 2008 after a South Korean traveler was fatally shot by a North Korean soldier. 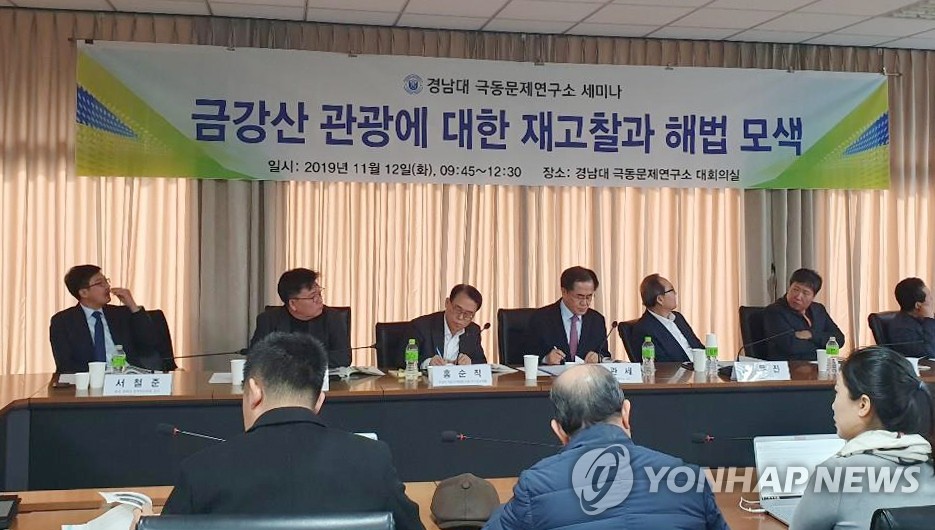