SEOUL, Nov. 12 (Yonhap) -- Shinsegae Inc., a major South Korean retailer, said Tuesday that its third-quarter net profit surged 37 percent from a year earlier on the back of stellar performances from its department store and duty-free units.

Net profit came to 52.1 billion won (US$ 44.7 million) on a consolidated basis during the July-September period, compared with 38 billion won a year earlier, the company said in a regulatory filing.

Operating income shot up 36.6 percent to 95.9 billion won, and sales rose 17.3 percent to a quarterly high of 1.63 trillion won over the cited period, it said.

The better-than-expected bottom line was due to its department store business and its subsidiaries, including its fashion arm, Shinsegae International Inc.

Shares of Shinsegae were up 2.17 percent to 259,500 won on the Seoul bourse. Its earnings report was released before the market closed. 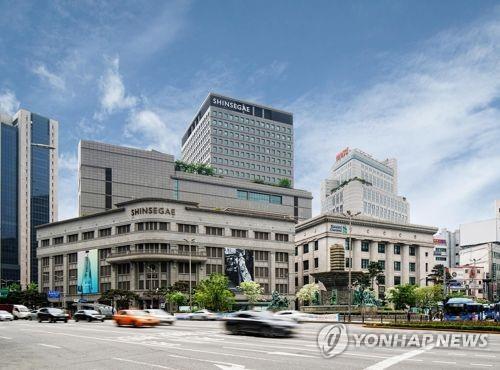