SEJONG, Nov. 12 (Yonhap) -- A World Bank vice president has called immigration an option that could be on the table as South Korea faces the challenge of a rapidly aging population due to its chronically low birthrate.

Victoria Kwakwa, regional vice president for East Asia and the Pacific at the World Bank, said each country has to make a choice on immigration, noting that some countries in Europe have elected to allow more immigration.

"It is an option that could be considered, and the pros and cons within Korean society of having more immigration can be carefully studied to come to a decision on what it makes sense to do for Korea," Kwakwa said in a joint interview with South Korean media in Seoul last week.

Kwakwa said South Korea is not the only country that faces the challenge of population decline but that it is facing it in a more severe way because it's aging rapidly. 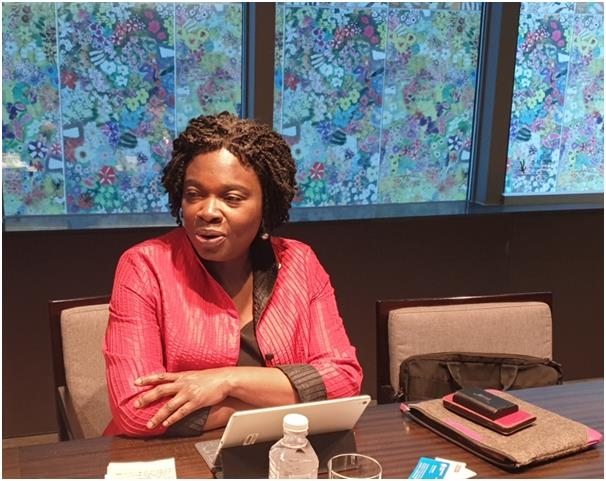 The looming demographic transition comes as some young South Koreans are opting to distance themselves from life's three major milestones -- dating, marriage and having children -- because they cannot find decent jobs amid a prolonged economic slowdown.

In comparison, the total fertility rate of the Organization for Economic Cooperation and Development (OECD), a group of 36 mostly rich nations, stood at 1.65 on average.

Kwakwa said South Korea needs policies that will stimulate productivity of the labor force, noting its productivity is around the OECD average but lower than the U.S.

"It has the challenges of still some catch-up that it could do on the productivity front," she said.

She also said North Korea should eventually join the World Bank, stating that the Washington-based lending institution, when the time is right, does stand ready to support countries to come into the fold and benefit from the global organization.

"I wouldn't just limit it to the World Bank. I think North Korea could benefit from support from the larger global community, (but) as we know, there are major political issues that need to be addressed," Kwakwa said.