Including the CJ official, around 10 people have so far been booked over the scandal, the ranking officer said during a meeting with a group of reporters.

The officer did not disclose the level of the booked CJ officials, however, or exactly how many of them were booked.

Also among those booked are production staff members of "Produce" and talent agency officials who were arrested last week, the officer added.

Since July, police have been looking into vote-rigging allegations engulfing the fan-voted reality competition show by CJ's K-pop-oriented music channel, Mnet, after some fans raised the allegations, referring to suspicious patterns in the final vote count of the show's fourth and latest season, the 11 winners of which officially debuted as boy band X1 in August.

Broadening the investigation, police are currently looking into the vote results of Mnet's other audition shows and whether any vote fixing took place on instructions from CJ's executive level.

Police took Ahn Joon-young, the director of the Mnet cable show, and the program's chief producer, Kim Yong-beom, into custody last week on charges that they fixed the final vote result in favor of certain contenders.

The two were also accused of being taken to nightlife establishments and receiving other favors while colluding in the alleged vote-fixing with talent agencies that fielded candidates to the show.

Ahn has reportedly admitted to fixing the results of the show's third and fourth seasons in a past police interrogation.

Lee Yong-pyo, commissioner of the Seoul Metropolitan Police Agency, vowed a thorough probe over the case in the press meeting, saying, "The police will run an exhaustive investigation over major issues including whether any high-ranking corporate official was involved."

The police investigation marks a fatal fall from grace for what was once one of the most prestigious channels for K-pop debutants.

Through its four seasons, the show has spawned four high-profile K-pop bands -- I.O.I, Wanna One, IZ*ONE and X1.

The latter two, currently active in the K-pop scene, are likely to suffer a major hit to their reputations, with the show that produced them mired in deepening scandal. 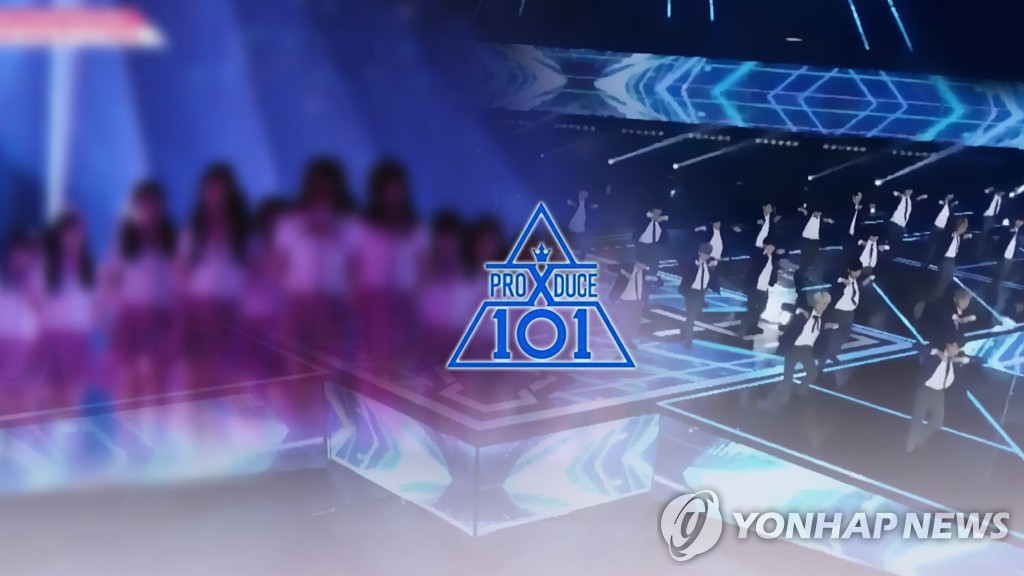