SEOUL, Nov. 12 (Yonhap) -- McDonald's Korea said Tuesday it has reached a settlement with a girl suffering from so-called "hamburger disease" to pay medical bills for her treatment, in an apparent effort to ease negative public sentiment over the U.S. fast food chain.

A mother filed a complaint against the Korean arm of McDonald's in July 2017, claiming her four-year-old daughter was diagnosed with hemolytic uremic syndrome (HUS) after eating an undercooked hamburger patty purchased from the chain in September 2016.

HUS, a rare disease that causes severe damage to the kidney and other organs, is nicknamed "hamburger disease" because the particular strain of E. coli that causes the infection can be found in undercooked red meat.

McDonald's denied any links between the hamburger and the child's illness, and prosecutors did not press charges against the U.S. company following an investigation that lasted months, citing a lack of evidence. 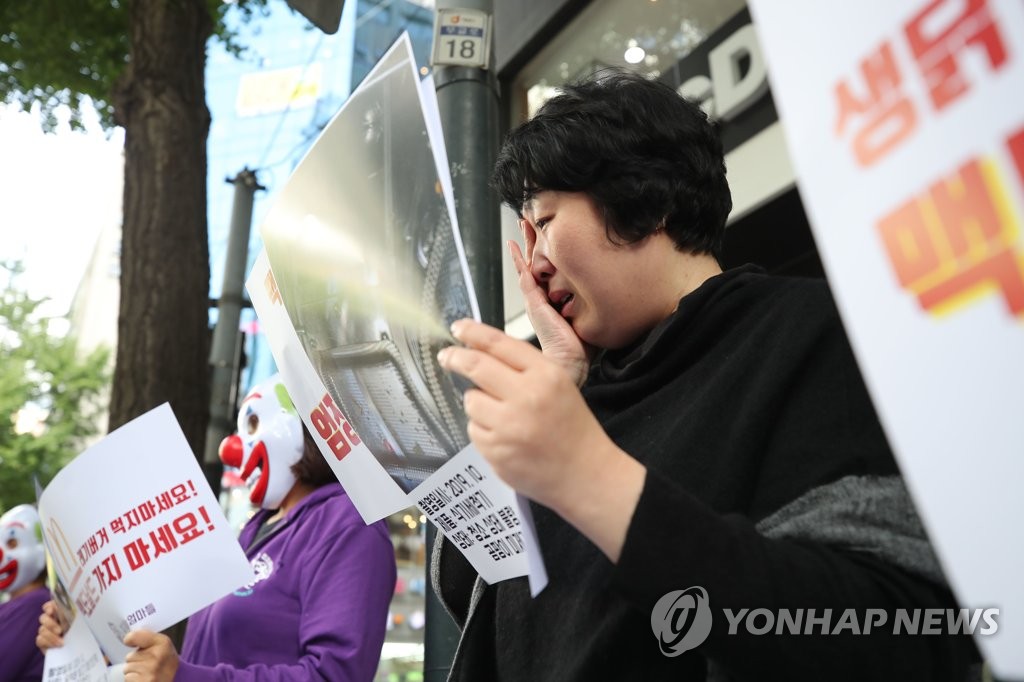 However, McDonald's image was tarnished by the case, having posted declining sales since 2017, with civic groups calling for a boycott of the U.S. chain over safety concerns

McDonald's expressed regret over the suffering experienced by the girl and her family over the past two years, saying it will pay all her medical bills so far, as well as future expenses for her treatment.