YEONCHEON, South Korea, Nov. 12 (Yonhap) -- A tributary to the Imjin River near the inter-Korean border has been partly polluted with blood from carcasses of pigs that were killed and poorly handled during an operation to curb the spread of African swine fever (ASF).

Around 47,000 pig carcasses were piled up on a truck at the burial site of a military unit located inside the civilian control line near border areas earlier this week as the production of plastic containers used for burial disposal was delayed.

The office of Yeoncheon County carried out its final operation Sunday and Monday to contain the potential spread of the deadly animal disease.

But as heavy rains fell on Sunday, blood from pig carcasses and rainwater have flowed into a nearby river, generating the gruesome scene of the reddening of some streams. 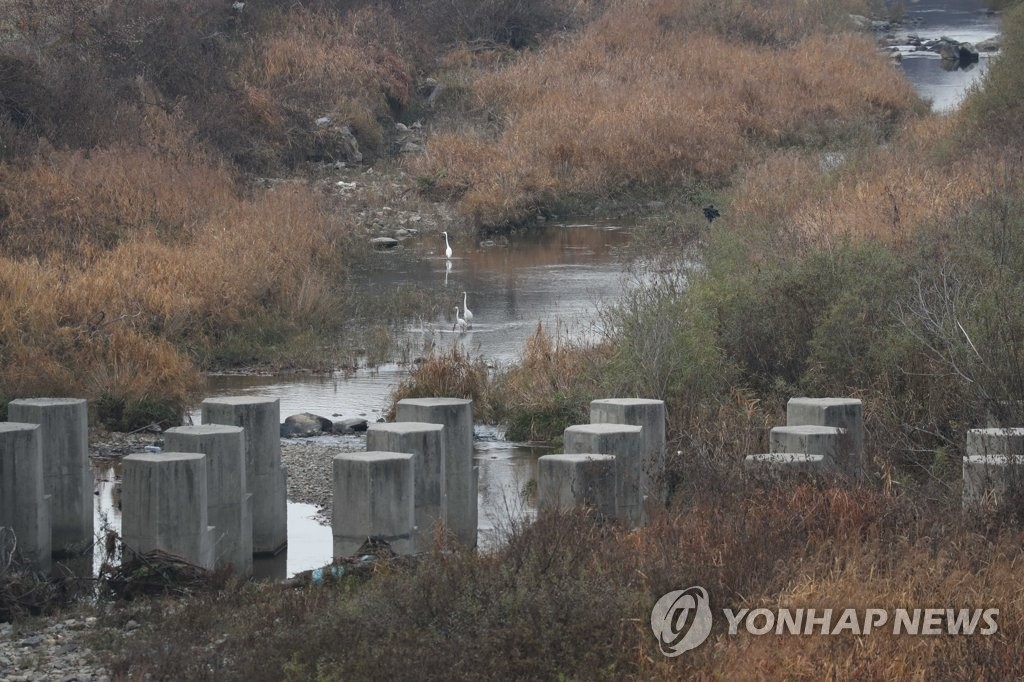 The Gyeonggi Province government and the county took emergency steps to prevent contaminated water from flowing into the Imjin River, such as setting up fences.

But part of the leachate has made its way to the river that stands near the border with North Korea. The burial site at the military unit where the truck with pigs was parked is some 10 kilometers from the Imjin River.

Yeoncheon, a town in Gyeonggi Province, is one of the border towns that have reported ASF cases at pig farms since the first-ever outbreak on Sept. 17.

Experts said the provincial government and the county office were apparently under pressure to proceed with quarantine operations in a swift manner.

Meanwhile, authorities dismissed public concerns that the incident might contaminate sources of water in the Imjin River.

They claimed it would not pose any health risks as pig carcasses were already disinfected during the quarantine procedure.

South Korea's agriculture ministry said it will inspect whether they abided by related regulations.

"The government plans to create a joint team to inspect all of the 101 burial sites to determine whether they are properly under management," the ministry said. It also pledged efforts to prevent drinking water from being contaminated by slaughtered pigs.

South Korea has confirmed 14 total cases of ASF at local pig farms, according to government data. More than 300,000 pigs have been culled so far.

Since Oct. 9, no new cases have been reported. But more than 20 wild boars have been found dead with the infection near the border with North Korea. 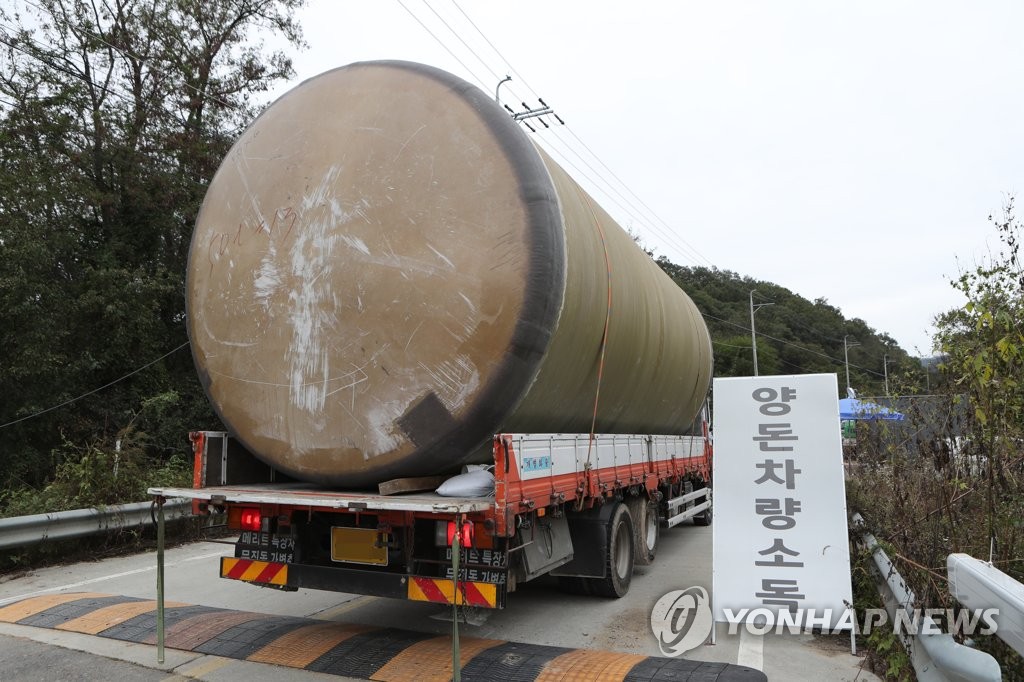