SEOUL, Nov. 12 (Yonhap) -- South Korea's major terrestrial broadcasters, such as KBS, MBC and SBS, have been too weak to withstand the onslaught of well-made and eye-catching dramas aired by cable channels, like tvN and JTBC.

They have lost viewers to big-name TV series, like the fantasy romance drama "Guardian: The Lonely and Great God" (2017) by tvN and the black comedy "Sky Castle" (2019) by JTBC. Those shows' audience shares both surpassed 20 percent, far outpacing all TV programs in the same time slot.

Such media landscape has continued for years, forcing the major stations to cut unpopular programs and production costs.

Recently, however, there seems to be a sign that the struggling broadcasters could be regaining the edge over their cable TV rivals. 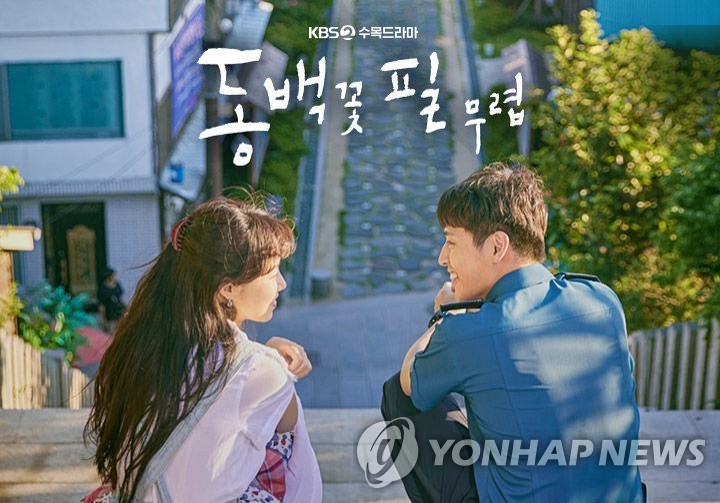 The newest series from KBS and SBS have helped the broadcasters to take the lead in the weekday prime nighttime competition in terms of viewership ratings.

On Monday and Tuesday, SBS' mystery drama "VIP," a story of a Seoul department store's team who works for VIP clients, touched 9.1 percent on Nov. 5, while KBS' historical series "The Tale of Nokdu" hovered around 7 percent in viewership.

"When the Camellia Blooms," a romantic comedy from KBS, overwhelmed the Wednesday-Thursday table with a daily viewership of 18 percent on Thursday. SBS' thriller "Secret Boutique" and MBC's "Extraordinary You" came in next with 4 percent and 3.6 percent, respectively.

Meanwhile, tvN and JTBC have been losing ground on small screen.

Crime drama "Catch the Ghost," airing on Monday and Tuesday on tvN, posted 2.7 percent in viewership of its latest episode, while JTBC's historical drama, "Flower Crew: Joseon Marriage Agency," which wrapped up last week, saw its numbers remain at 3 percent or lower throughout its 16 episodes.

Some say that the broadcasters' monthslong efforts to reduce big-budget drama productions and focus on fresh, well-rounded pieces spurred young viewers to stop surfing channels and stick with their programs.

"Terrestrial TV stations have successfully honed in on the new retro-style trend among young people," culture critic Kim Heon-sik said. "For example, 'When the Camellia Blooms' appeals both to old TV viewers and youngsters, who rarely watch TV."

But he noted that there is still a long way to go for them to get closer to their heyday as the media trend is rapidly changing against the conventional TV channels.

"They have to draw up detailed plans to concentrate on a selected few projects and keep their ear to the ground," he said. "They are big, maybe too big to swiftly keep up with the trend."