SEOUL, Nov. 12 (Yonhap) -- Unification Minister Kim Yeon-chul will visit the United States next week, the ministry said Tuesday, where he is expected to discuss the fate of a long-suspended inter-Korean joint tour program with U.S. officials.

Kim will leave Seoul on Sunday for the seven-day trip to deliver a keynote speech at an event held under the annual Korea Global Forum for Peace in Washington, hosted by the ministry, it said.

During his stay, Kim will also have meetings with U.S. government and congressional officials to discuss the denuclearization of the Korean Peninsula and other pending issues in inter-Korean relations, according to the ministry.

Kim's trip, which will be his first U.S. visit since taking office in April, comes at a time when South Korea is seeking to have talks with the North over Pyongyang's demand to remove all the facilities built by the South at Mount Kumgang resort on its east coast in an apparent threat to end the joint tour program.

The North offered to discuss the issue in writing, but Seoul has said that all pending issues in inter-Korean relations should be resolved through dialogue and consultations.

The minister will also meet Korean peninsula experts and give a lecture at the University of Southern California in Los Angeles.

The ministry said it expects the upcoming visit to be an opportunity for Seoul and Washington to exchange ideas for denuclearization of the peninsula and establishment of lasting peace in the region. 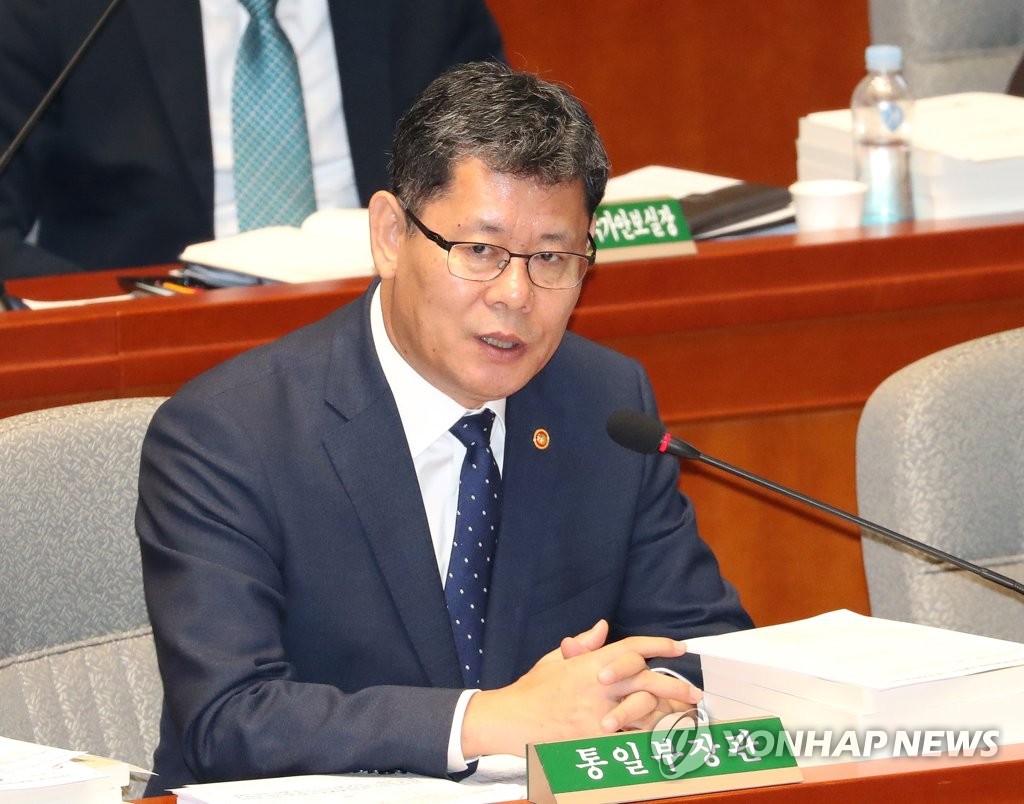