CHIBA, Japan, Nov. 12 (Yonhap) -- South Korean left-hander Kim Kwang-hyun was knocked around by an opportunistic Chinese Taipei lineup in an Olympic baseball qualifying game in Japan on Tuesday, having particular trouble against the bottom portion of the order.

Kim gave up three runs on eight hits in just 3 1/3 innings at ZOZO Marine Stadium in Chiba, east of Tokyo, in the Super Round game at the World Baseball Softball Confederation (WBSC) Premier12. The usually reliable ace of the staff struck out three.

Kim was yanked with South Korea trailing 3-0 with one out in the fourth. 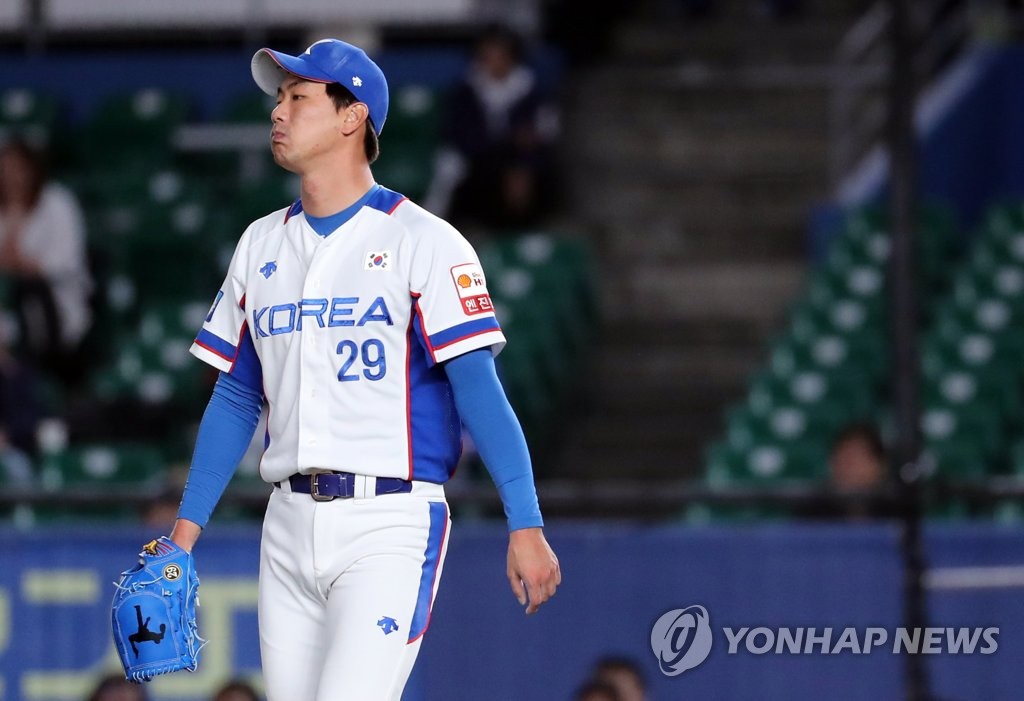 In his last start, Kim threw six shutout innings against Canada in Group C, giving up just one hit as South Korea took the game 3-1.

But on Tuesday, Kim gave up a leadoff single to Hu Chin-Lung in the top of the first, and that set the tone for the evening.

Kim was knocked around even harder against the bottom of the opposing lineup in the second inning, as he served up two runs.

With two outs in that frame, No.-9 hitter Kao Yu-Chieh doubled in a run for a 1-0 lead, handing South Korea its first deficit of the tournament. Then Hu got his second straight single off Kim to open up a 2-0 lead for Chinese Taipei.

Kim had his first clean inning in the top third, but Chinese Taipei got back to its hitting ways in the fourth.

Lin Li started things off with a single, and was sacrificed over to second base. Then No.-8 hitter Wang Sheng-Wei drove him home with a sharp single up the middle for a 3-0 advantage.

Kao got his second hit off Kim, and that spelled the end of the left-hander's night.

"I have no excuse for tonight. It was my worst game of the year," said Kim, who finished third in the Korea Baseball Organization (KBO) this season with a 2.51 ERA. "Chinese Taipei hitters had their timing down on my fastballs and they handled my breaking pitches well."

Kim, who pitched on four days of rest, said he ran out of gas after tossing 190 1/3 innings in the KBO regular season and five more in the postseason.

"I'll try to learn from this experience and take care of my body better in the future," Kim added. 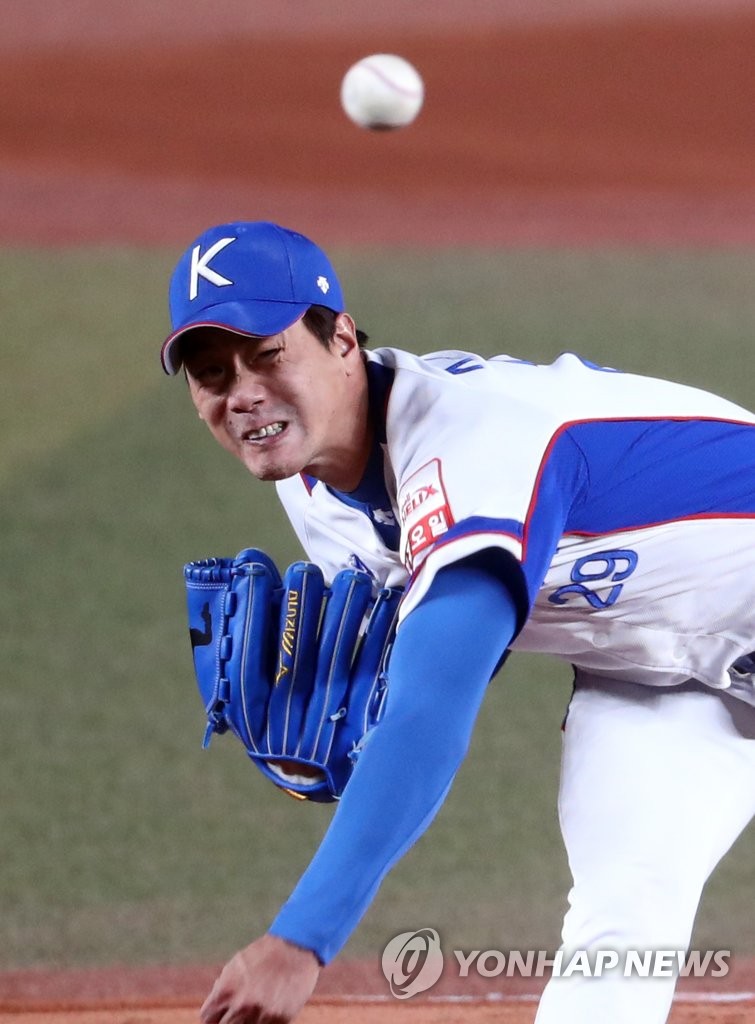