Trump told the Economic Club of New York that the revised FTA, which took effect early this year, doubled the number of American cars that can be sold in South Korea under U.S. standards and extended American tariffs on Korean pickup trucks by another 20 years to 2041.

He then took a swipe at the previous administration of Barack Obama, which negotiated the original agreement.

"The deal from the previous administration was projected by them to add 250,000 jobs, and they were right," Trump said at a club event in New York. "It did add 250,000 jobs. Unfortunately, the jobs went to South Korea, not to the United States. That's what we got stuck with."

"It was a terrible agreement," he added.

Trump used the 250,000 figure in a speech in May, saying his administration pushed for the deal's renegotiation to restore American jobs and boost the American auto industry.

The New York Times disputed that number. It said the Obama administration estimated the original deal would add 70,000 American jobs and that research suggested Trump's claim was groundless. 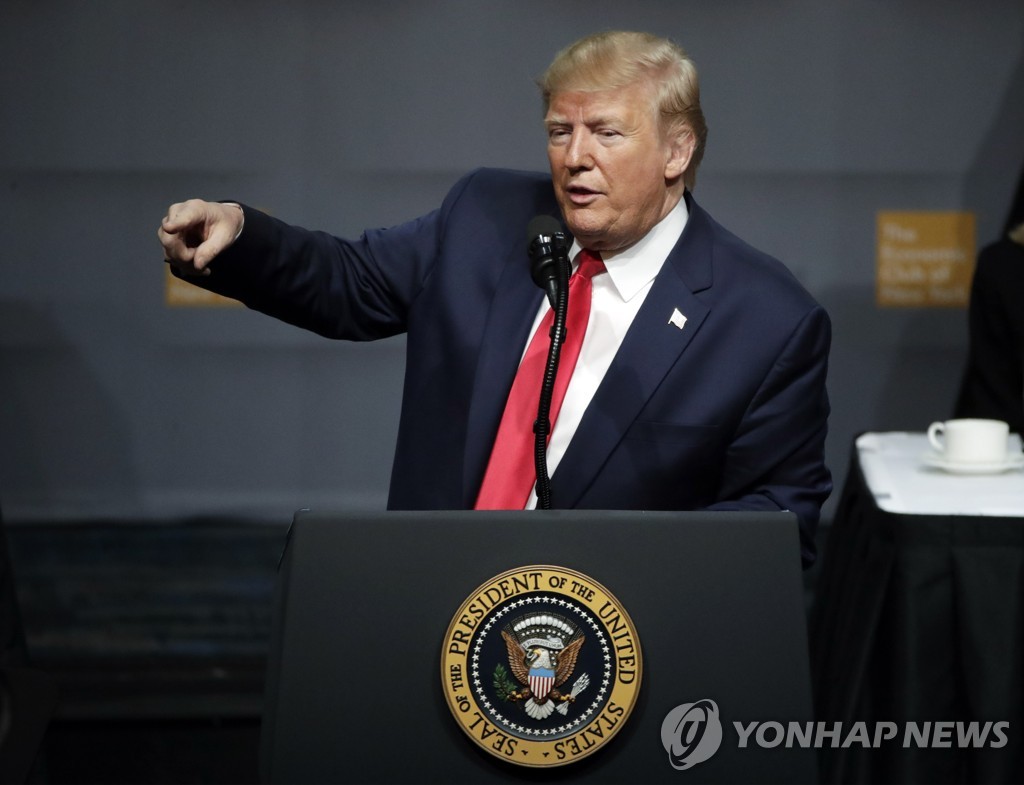