ABU DHABI, Nov. 13 (Yonhap) -- South Korea will try to close out their World Cup qualifying campaign for 2019 with an away win against pesky opponents.

Coached by Paulo Bento, South Korea will visit Lebanon in Beirut on Thursday for the teams' Group H match in the second round of the Asian qualification for the 2022 FIFA World Cup. The kickoff is 3 p.m. local time, and 10 p.m. in Seoul.

It will be the last Group H contest for South Korea in 2019. Their next match will be against Turkmenistan at home on March 26, 2020.

The team has been training in Abu Dhabi and will only travel to Beirut on the eve of the match. 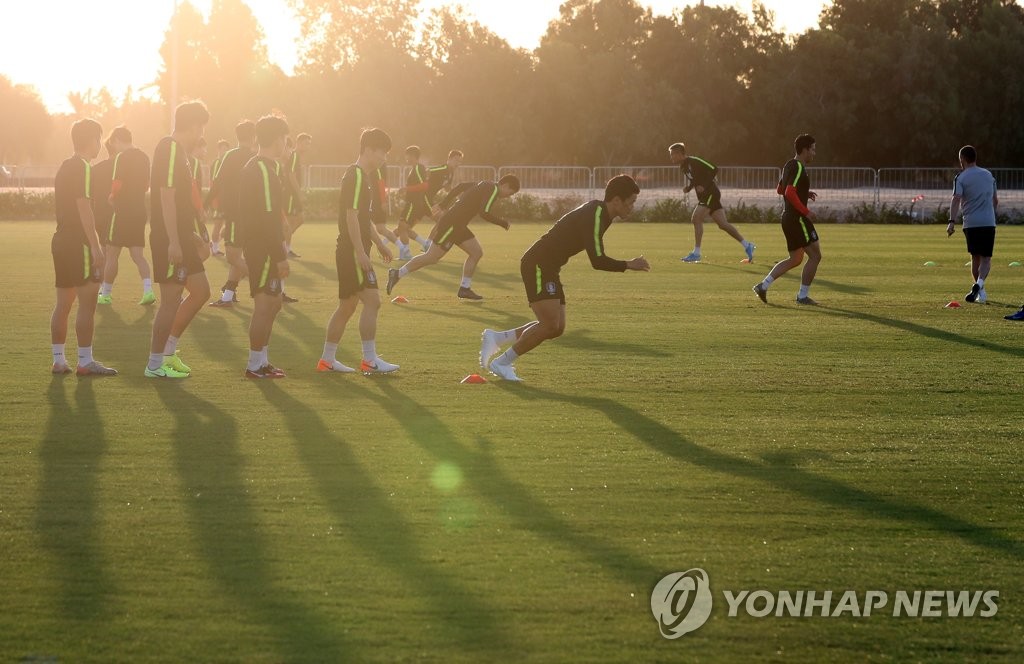 South Korea are currently leading Group H with seven points from two wins and a draw. North Korea also have seven points, but South Korea have the tiebreak edge thanks to the superior goal difference, plus-10 to North Korea's plus-3.

The top teams from eight groups in the second round, plus the four best runners-up, will move on to the third round.

South Korea, world No. 39, should have little trouble handling the 91st-ranked Lebanon. But Bento has warned against complacency against Lebanon, who are coming in with two wins and a loss. The coach has also noted that Lebanon have played tough matches against favored opponents on their home soil, and South Korea must try to maintain the same quality of play whether they're at home or on the road.

South Korea's most recent World Cup qualifying match ended in a scoreless draw against North Korea in Pyongyang. The match was held behind closed doors at Kim Il-sung Stadium, and South Korean players later spoke of how physical the North Korean opponents were.

South Korea didn't have a shot on target in the first half in that draw. The team will turn to some usual suspects to get back into scoring ways against Lebanon. 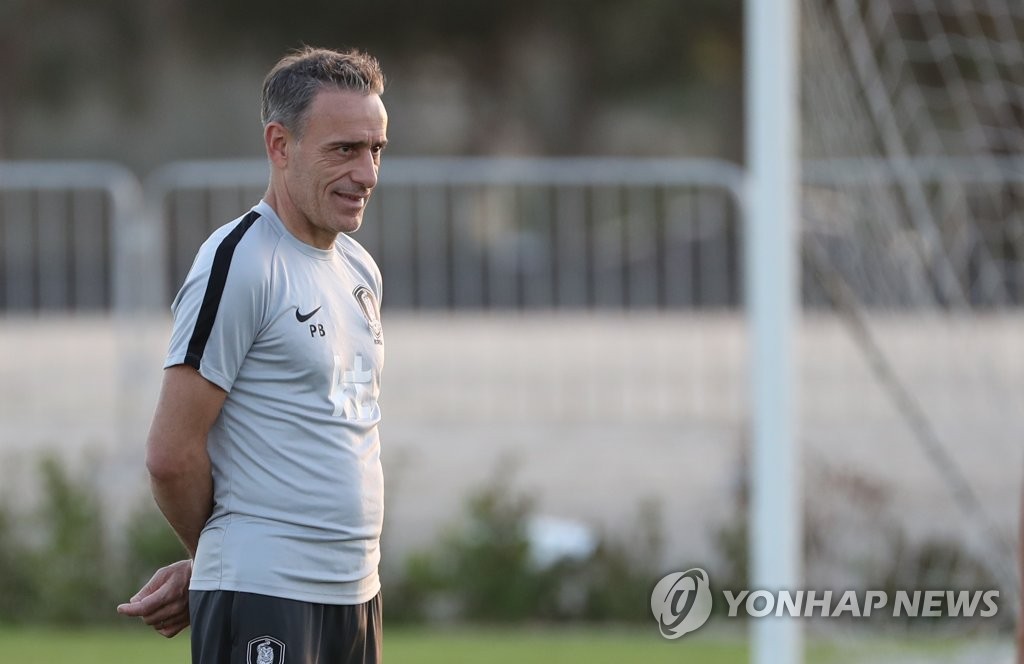 Captain Son Heung-min has scored three goals in his last two appearances for Tottenham Hotspur, a particularly encouraging development after the attacking ace went through an emotionally upsetting experience earlier in the month.

Son's hard challenge on Everton's Andre Gomes led to the Portuguese player's fractured ankle during their Premier League match on Nov. 3. The visibly distraught Son, who was shown a direct red for his tackle, was inconsolable even after the match.

But Son regrouped quickly to score twice in a UEFA Champions League match against Red Star Belgrade last week, and followed that up with another goal in a Premier League contest against Sheffield United last Sunday.

Bento offered to help Son any way he could once he reported to the team, but it doesn't appear as though Son will need any counseling session with the coach.

Kim Shin-wook toyed with the Sri Lankan defense with four goals in a 8-0 rout on Oct. 10. He single-handedly ruined Sri Lanka's plans to lock things down defensively and mount counterattacks. Lebanon will likely take a similar approach on Thursday, and Kim could once again be the key to unlocking the defensive wall. 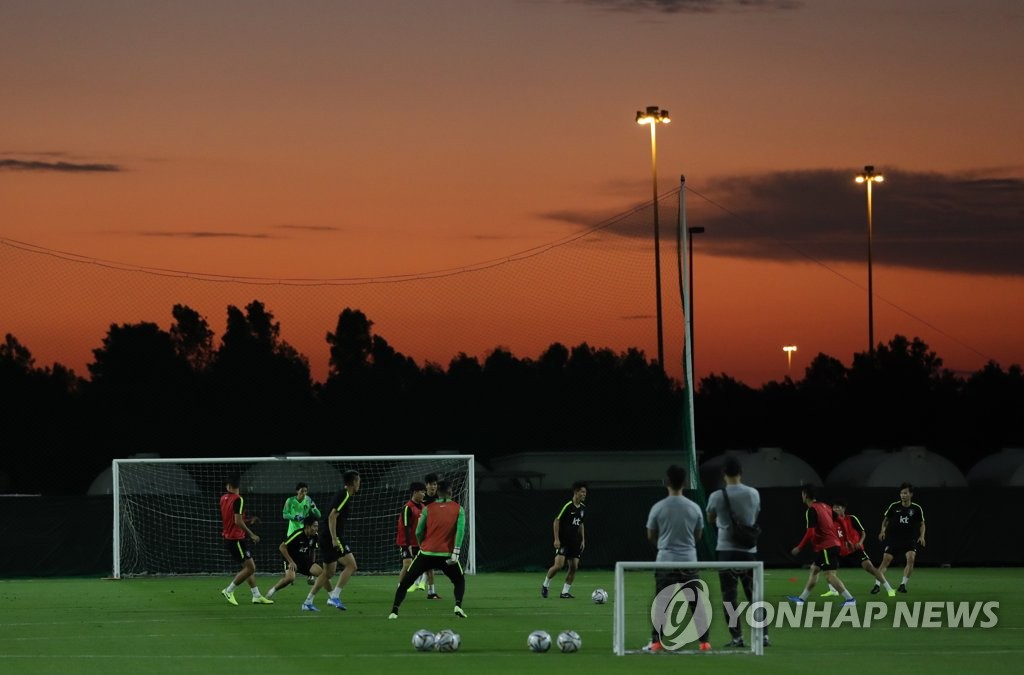 Then there's Hwang Ui-jo, who leads all players with nine goals on Bento's watch.

But even Hwang has not had a four-goal performance for South Korea, and he said he accepts internal competition with Kim as part of being on the national team.

"He has his own strengths, and I am trying to learn what I can from him," Hwang said. "I've prepared hard for this match, and I'd love to score for the team. It's not going to be an easy match, but we'll be able to take it with quick attacks."