(ATTN: UPDATES with more details in paras 7-16)
By Kim Kwang-tae

SEJONG, Nov. 13 (Yonhap) -- South Korea will build 30,000 smart factories and 10 smart industrial zones by 2022 as part of efforts to deal with a looming decline of the country's working-age population, the finance minister said Wednesday.

Hong Nam-ki said the number of people working at smart factories and smart industrial zones could stand at 100,000, which he said would help improve productivity. 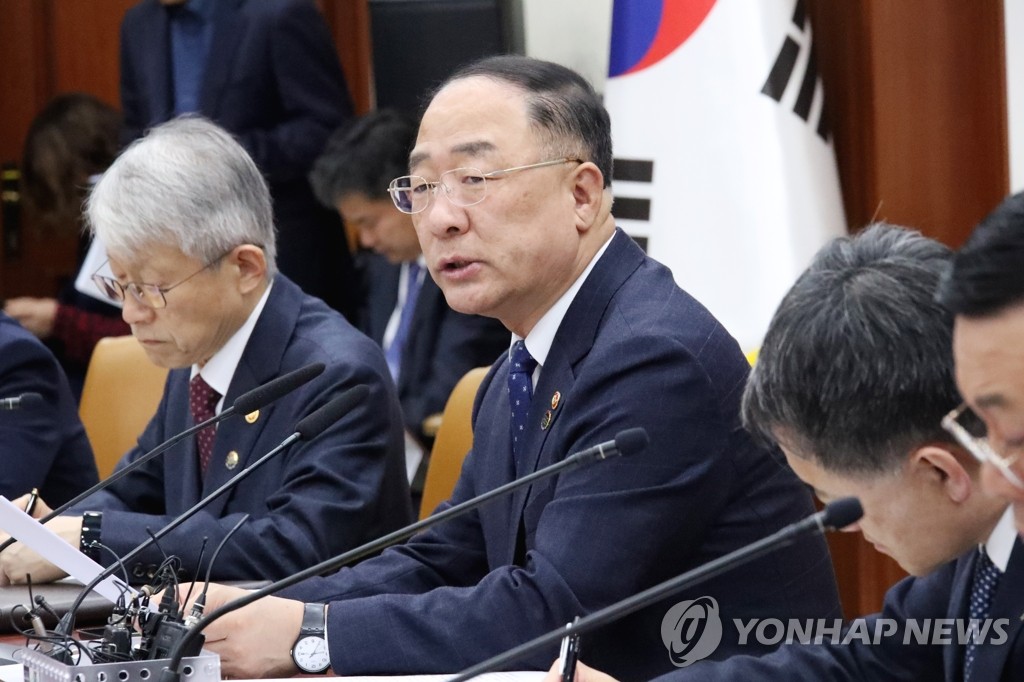 A smart factory is a highly digitized and connected production facility aimed at improving productivity and safety at workplaces. The so-called factory of the future covers everything from design to distribution, making full use of advanced sensors, connected machines and network technologies.

The plan is the latest in a series of South Korea's efforts to cope with a rapidly aging population amid its chronically low birthrate.

South Korea's working-age population -- those aged between 15 and 64 -- is projected to drop sharply in coming decades.

The government said it will provide assistance for the development of such technologies as new drugs, medical devices, service robots and autonomous vehicles to help old people.

The government also plans to come up with its new outlook on the demand and supply of houses by taking into account demographic shifts and increased supply of small houses and houses tailored for old people.

Last year, the Ministry of Land, Infrastructure and Transport estimated that annual demand for new homes could reach 386,500 between 2018 and 2022.

The move came as the proportion of one-person households is projected to jump to 37.3 percent of total households in South Korea in 2047 from 28.5 percent in 2017.

The hike in single-person households has been widely blamed on an increase in the number of unmarried people and elderly people.

More young South Koreans are opting to distance themselves from life's three major milestones -- dating, marriage and having children -- because they cannot find decent jobs amid a prolonged economic slowdown.

The government also plans to embark on its long-term fiscal outlook next year in a move to improve fiscal sustainability.

"We will consider introducing flexible fiscal rules that fit South Korean situations from a midterm perspective," Hong said in a meeting with government officials at the government complex building in central Seoul.

South Korea's aging population and its low birthrate could cause a heavy fiscal burden as government revenues are expected to be cut while its expenditures are likely to go up.