SEOUL, Nov. 13 (Yonhap) -- North Korea's official newspaper highlighted strong and friendly relations with Vietnam on Wednesday, saying that Pyongyang cherishes the bilateral ties based on decades of cooperation in fighting for anti-imperialism and socialism.

North Korea and Vietnam have seen a strengthening of their relations in recent years, punctuated by leader Kim Jong-un's official trip to Hanoi earlier this year, the first such visit by a head of state of the communist state in 55 years.

"Our party and country's consistent stance is to build on friendly and cooperation relations (between the two countries) in honor of the will of our previous leaders and move them forward generation after generation," the Rodong Sinmun, the organ of the North's ruling party, said in an article.

"Our people cherish the relations between the two countries which have always cooperated with and supported each other in their struggle for the sake of anti-imperialism, independence and socialism," the paper added.

In late February, leader Kim visited Vietnam for his second summit with U.S. President Donald Trump. During the trip, Kim also held meetings with Vietnamese top officials and expressed hope for stepped-up cooperation and exchanges with Vietnam in all areas.

Since Kim's trip to Vietnam and ahead of the forthcoming 70th anniversary of establishing diplomatic relations next year, the two countries have seen brisker exchanges in various areas.

In June, Pyongyang's state media reported on the arrival of food assistance from Vietnam without providing other details. In September, Kim voiced hope for stronger ties with Vietnam in a message to mark a national holiday of the Southeast Asian country. 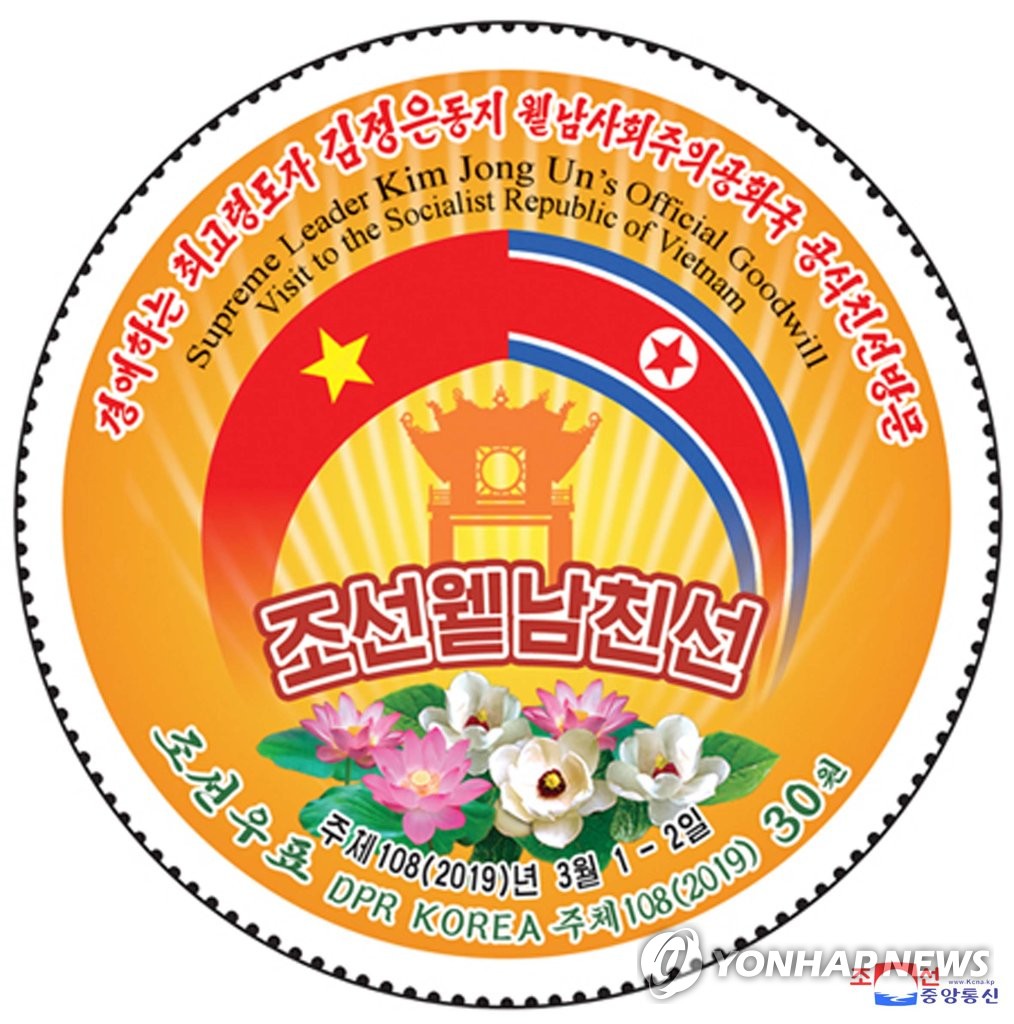