The measure, unveiled by a pan-governmental task force on population policy, would lower the age limit for applicants for reverse annuity mortgages to 55 from the current 60 years old.

The government will also push to expand the scope of eligible homes. Owners of homes with a government-set price of 900 million won (US$771,000) or lower will be allowed to take out reverse mortgages.

Currently, owners of houses with a market price of 900 million won or lower are eligible. Government-set home prices usually amount to about 70 percent of market prices. 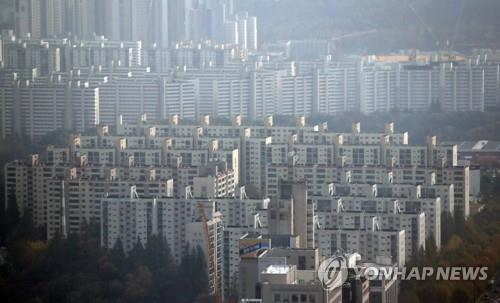 Reverse annuity mortgages, secured by homes, allow elderly citizens to get money on a monthly basis like a pension and do not require monthly mortgage payments.

The government said the new steps will allow an additional 1.35 million households to be eligible for the reverse mortgages.

The plans are meant to help bolster the post-retirement finances of senior citizens, as more than 70 percent of their asserts are real estate, making it hard for them to generate cash.

South Korea is struggling with fast population aging on the back of advances in medical know-how and greater health awareness.

The country became an aged society in 2017, with the ratio of people aged 65 or older hitting 14 percent of its 50 million population. The proportion is projected to reach 20 percent in 2026.

The envisioned rule change, set to take effect in January, comes in response to card issuers' complaints that the strict leverage rule makes it hard for them to break into new business areas.
(END)