South Korea's hope or even plans to bulldoze through the competition at the World Baseball Softball Confederation (WBSC) Premier12 have been ruined, with Chinese Taipei's dominant, 7-0 win from Tuesday night throwing a wrench into the picture.

The loss at ZOZO Marine Stadium in Chiba, just east of Tokyo, was South Korea's first at the Premier12, which is also serving as an Olympic qualifying tournament for Asia/Oceania and the Americas. And that loss to the Asian rival complicated things far more than a loss to a country outside the region would have.

There are six nations in the Super Round -- Mexico, the United States, Australia and Japan being the other four. Their results against other Super Round-bound teams have been carried over, and before Wednesday's action, Mexico was sitting at the top with a 3-0 record. 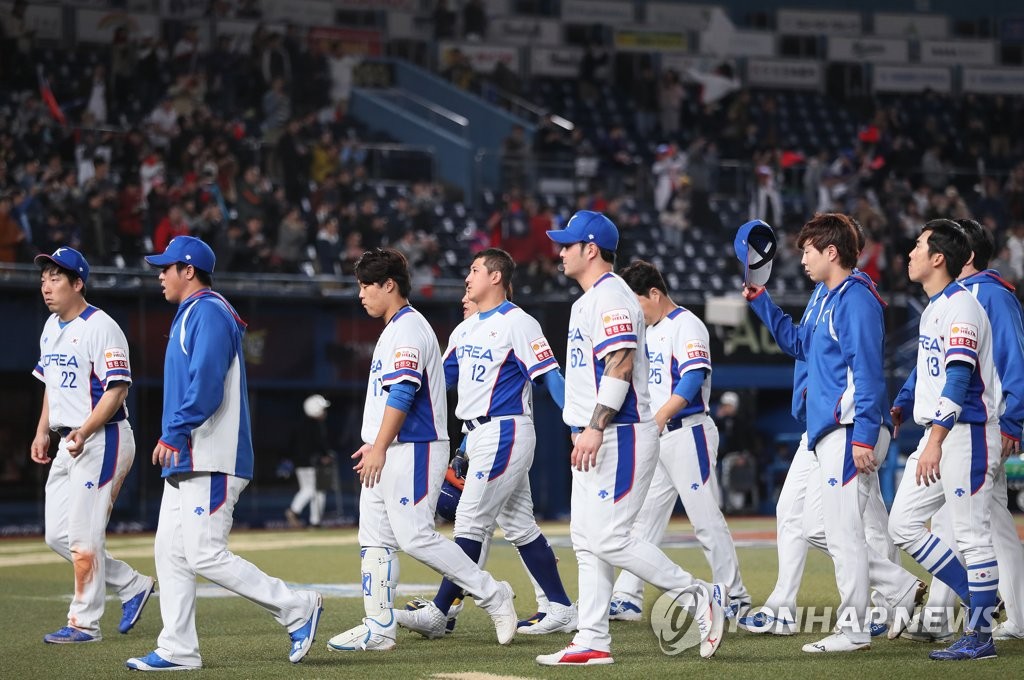 South Korea and Japan are tied for second at 2-1, followed by the United States and Chinese Taipei at 1-2. Australia is 0-3.

Only the top teams from Asia/Oceania and from the Americas will qualify for the 2020 Tokyo Olympics.

With Japan already in the Olympics as the host country, South Korea must finish ahead of Chinese Taipei and Australia in the final standings.

After four games each, the No. 3 and No. 4 teams will collide in the third-place game, while the top two seeds will clash in the final, both scheduled for Sunday at Tokyo Dome.

And South Korea could possibly face Chinese Taipei or Australia in the do-or-die third-place game, a prospect that likely wasn't on the minds of South Korean players, who would have been thinking of advancing to the final after they'd reeled off four straight wins by a combined score of 20-2 before Tuesday.

Of course, going to the final isn't out of the question yet. South Korea has to win the next two, first against Mexico on Friday and then Japan on Saturday, to have that chance. And should the United States beat Chinese Taipei on Friday, it will lift some of the pressure off South Korea's shoulders.

The best-case scenario for South Korea is to reach the final and have Chinese Taipei and Australia either play in the third-place game or take the bottom two spots. South Korea then wouldn't have to face either of the regional rivals in a stress-filled third-place game. 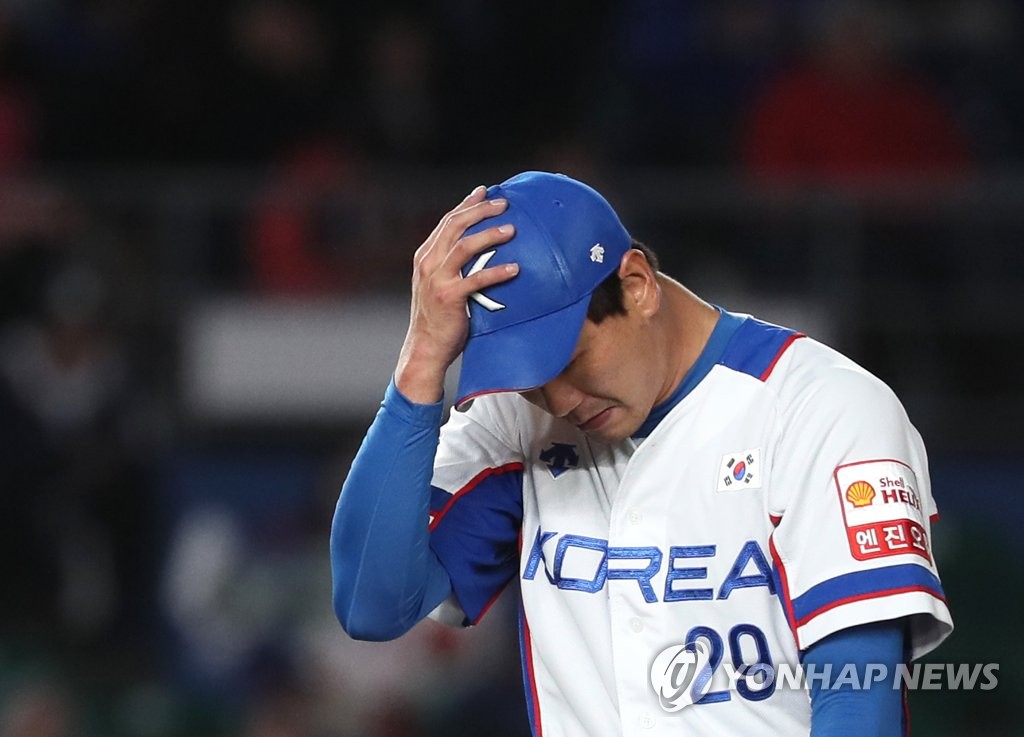 On the flip side, if South Korea drops its two remaining games and Chinese Taipei beats the U.S. and Australia, then it opens the possibility of a South Korea-Chinese Taipei rematch in the third-place contest.

While the mathematical picture appears complicated, what South Korea has to do is fairly simple: just win.

"This loss is a wake-up call for us, and we'll try to learn from this," said South Korean captain Kim Hyun-soo after Tuesday's loss. "It would have been nice to keep on winning, but we knew we couldn't win every game. It's disappointing, but we have more games to play and we'll try to win those."

Kim, 31, said he wasn't worried about his relatively young team's ability to pick up the pieces and move on.

"Players that are good enough to play on the national team are mentally strong, too," he added. "We'll put this behind us and get ready for the next one."

The much-anticipated showdown between South Korea and Japan has been set for prime time, at 7 p.m. on Saturday at Tokyo Dome. But with Tuesday's loss, South Korea has lost the luxury of looking ahead to that one.

"Before we play Japan, we have to face Mexico, and we have to prepare for that one the best we can," South Korean manager Kim Kyung-moon said in his post-game press conference Tuesday. "I am not going to worry about Japan now." 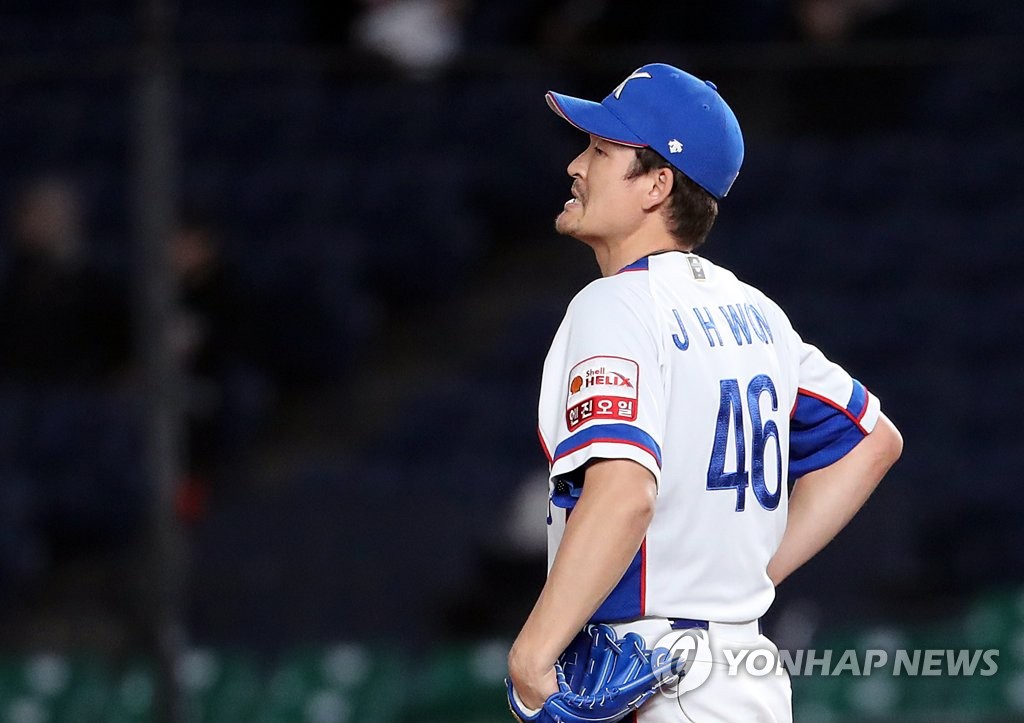