TOKYO, Nov. 13 (Yonhap) -- South Korean manager Kim Kyung-moon has long been known for loyalty to veteran players, keeping them in starting lineups even through the worst of slumps.

Kim believes in the decidedly old-school thinking that, if you wait on the slumping players long enough, they'll eventually come around, advanced statistics be darned.

But after South Korea's stunning, 7-0 loss to Chinese Taipei at the World Baseball Softball Confederation (WBSC) Premier12 in Japan on Tuesday, Kim may have no other choice but to shake things up.

After Tuesday's loss, Kim said, "I'm going to speak to my coaching staff about a possible change in our lineup."

And that's as far as Kim has gone to hinting at a new-look batting order all tournament. 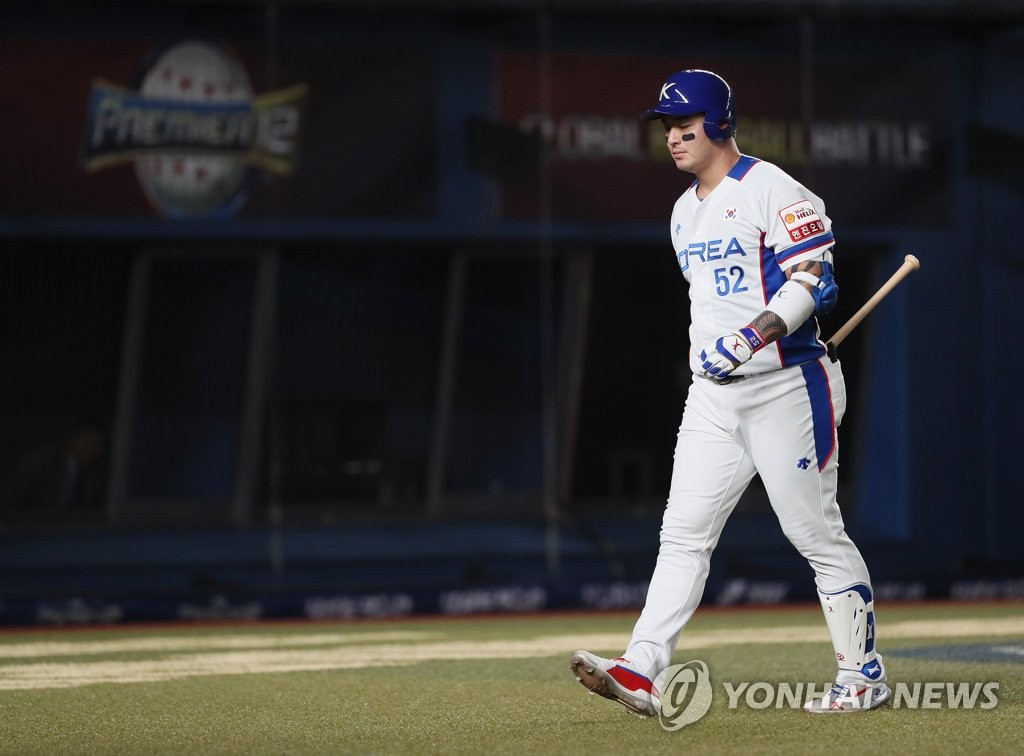 The loss halted South Korea's winning streak at four and also complicated the picture for South Korea to win the lone Asian/Oceanian spot in the 2020 Olympics up for grabs at the Premier12.

Park is the poster child of Kim's unwavering faith in struggling hitters. Even though Park has gone just 3-for-18 with an RBI and six strikeouts in five games, he has batted cleanup in every game so far. It's a head-scratching decision on Kim's part, given how badly overmatched Park has looked at the plate and how, in a short tournament like this, teams can hardly afford to wait and hope slumps will end on time.

Park does have credentials -- he just won his fifth home run title in the Korea Baseball Organization (KBO) regular season -- but he doesn't pass the "What have you done for me lately?" test.

Still, Kim has said Park deserves respect that comes with batting cleanup for the country and that he's going to keep penciling him in the No. 4 spot.

It appears unlikely Kim will backtrack and suddenly move Park out of the cleanup spot. 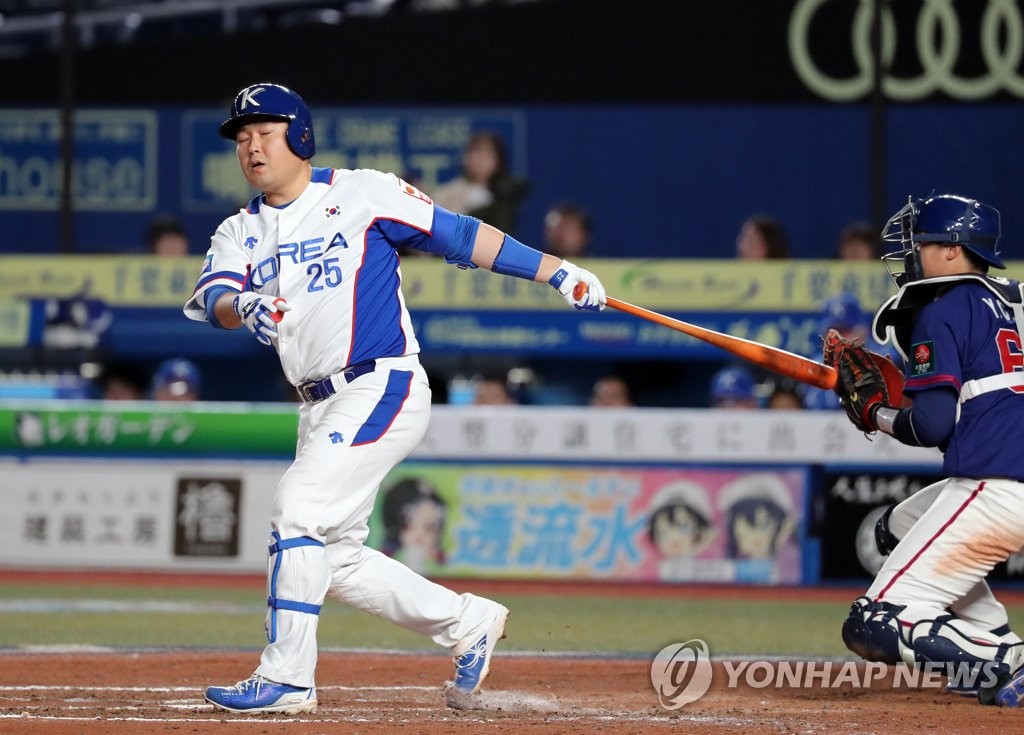 One other candidate who could be moved is Yang Eui-ji, who's been hitting sixth.

Yang is the reigning KBO batting champion, but he hasn't looked the part at the Premier12, as he has just two hits in 15 at-bats with three strikeouts.

Unlike Park, who plays first base, Yang offers a ton of defensive value as the starting catcher. Yang is widely considered South Korea's best two-way catcher, and national team pitchers have raved about Yang's game-calling all tournament.

But at some point, Yang will have to start hitting and do so with the kind of power that saw him launch 20 or more home runs in four of the past five KBO seasons.

There are some concerns on the mound, with the lack of depth in the bullpen having been exposed.

South Korea had never trailed at any point during the Premier12 before losing to Chinese Taipei. When South Korea has the lead, it can rely on a blend of flamethrowers and crafty veterans to get the final 10 or so outs.

But when a starter fails to go deep, manager Kim will likely have to scramble like he did Tuesday, when Kim Kwang-hyun lasted only 3 1/3 innings, the shortest outing by a South Korean starter in the tournament. 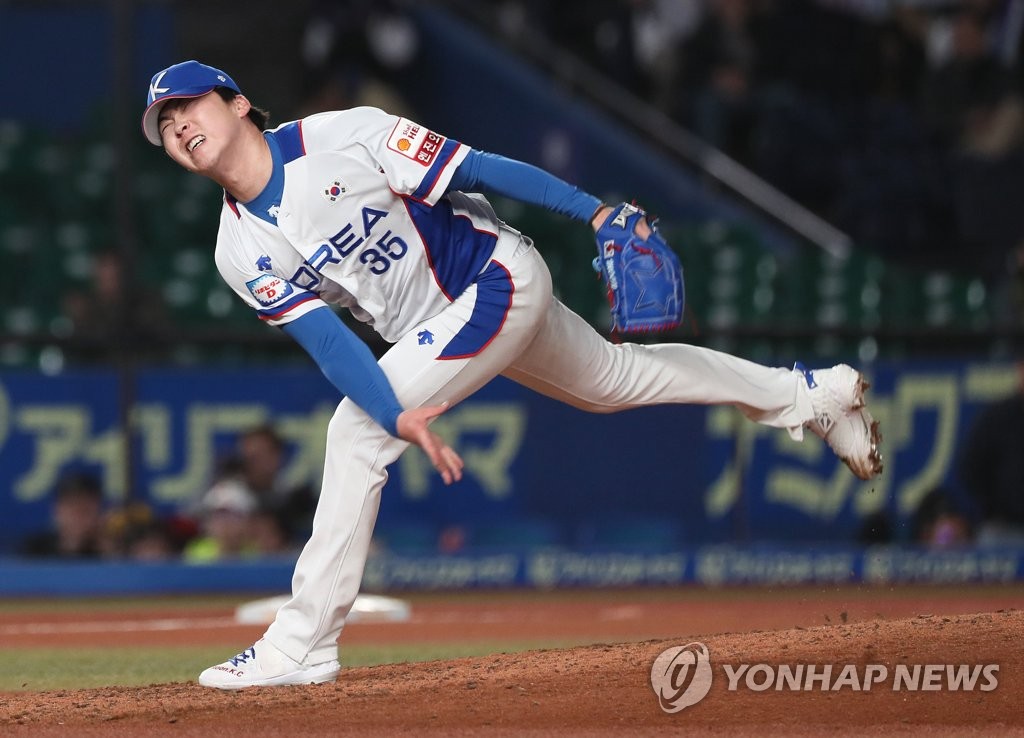 Right-hander Won Jong-hyan served up a three-run bomb to Chen Chun-Hsiu in the seventh, and Moon Kyeong-chan had a shaky Premier12 debut in the ninth, giving up a run on a hit and a walk and showing why he hadn't pitched in four previous games.

At least Kim Kyung-moon didn't have to use any of his big bullpen arms on Tuesday -- right-handers Lee Young-ha, Lee Yong-chan and Cho Sang-woo, and left-hander Cha Woo-chan. They'll have two more days of break on Wednesday, an off day for South Korea, and Thursday, the rest day for all teams, and should be able to pitch multiple innings against Mexico on Friday if they have to.

And those relievers may even have to pitch on three straight days, if South Korea reaches either the third-place game or the championship final on Sunday, with an Olympic spot at stake.