SEOUL, Nov. 14 (Yonhap) -- For Chang Seong-hwan, the fact that his wife became the victim of a murder eight years ago is still a deep emotional wound that cannot be healed with the passage of time.

Attending a hearing on the death penalty arranged by the national human rights watchdog in May, Chang stressed the need to retain capital punishment to deter heinous crimes.

"I lost my beloved wife in 2011 due to the crime. I don't understand why a criminal who brutally killed an innocent person is allowed to be alive," he said. "Capital punishment is needed to raise awareness against murders."

South Korea retains the death penalty but has not carried it out since December 1997, making it a de facto abolitionist country.

An "unofficial" moratorium has been in place since February 1998, when former late President Kim Dae-jung -- who was sentenced to death in 1980 but later pardoned -- took office. Currently, there are 61 inmates on death row in the country.

A debate over the death sentence is nothing new here. But it has recently gained fresh traction with the discovery of a prime suspect in the country's worst serial killings, which took place about 30 years ago.

One of the worst cold cases appears to be emboldening both retentionists and abolitionists. 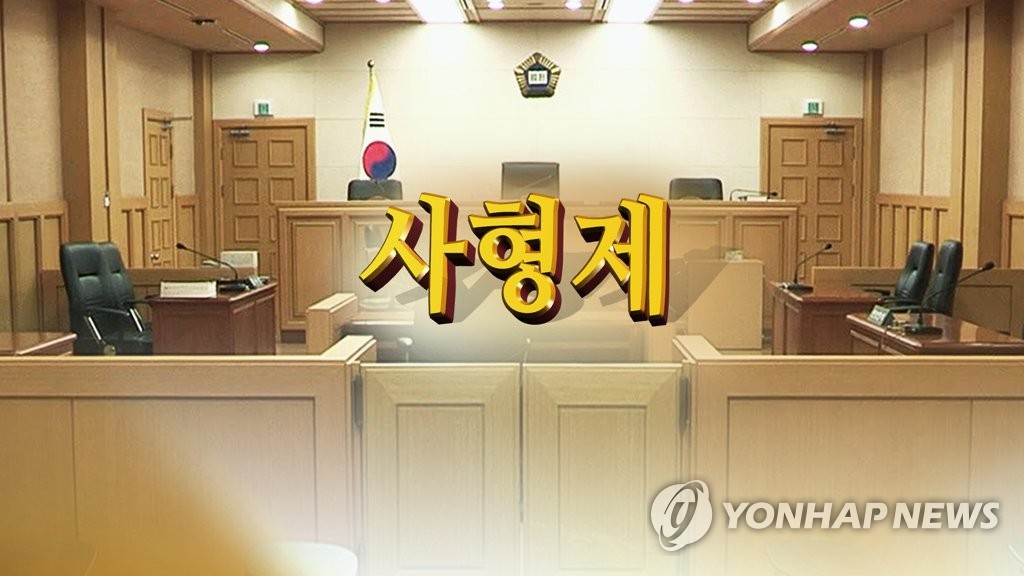 Lee Chun-jae, now in jail for a similar murder, was identified in September as a suspect in the killings of at least five out of 10 women murdered in a rural village of Hwaseong, south of Seoul, between 1986 and 1991.

But a controversy over misjudgment by the authorities erupted after Lee confessed to the eighth killing, which police previously concluded was a copycat crime. Lee, 56, will not be punished, as the related statute of limitations expired in 2006.

A 22-year-old man, surnamed Yoon, was identified as the culprit at the time of the murder and served a 20-year jail term.

Yoon, who long argued his innocence and was released on parole in 2009, filed for a retrial Wednesday.

Retentionists have raised the need to consider public sentiment in how justice operates. They claim the death penalty is effective in deterring heinous crimes.

A June survey by Realmeter showed that 51.7 percent of 511 South Koreans said death sentences should be enforced.

Calls for the death penalty to be kept rose in response to several brutal murder cases, including the killing by a woman of her ex-husband on the southern island of Jeju.

"If abolition leaves more innocent people exposed to murder, this would be an inhumane situation," said Lee Jae-kyo, a professor at Sejong University.

Lee took the example of Britain, which abolished the death penalty in 1966. Murders rose 60 percent over the 20 years following its abolition, compared to the 1945-1965 period.

"The issue of misjudgment should be resolved with an improvement in judicial proceedings, not with the death penalty's abolition," he added. 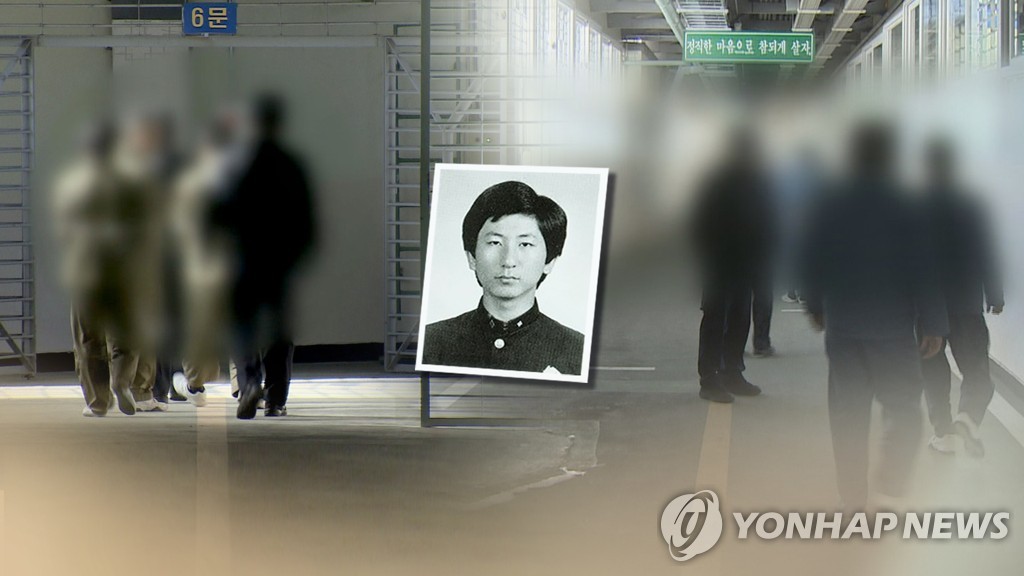 President Moon Jae-in argued for abolition during TV discussions when he was a presidential candidate in 2017.

A 2018 constitutional revision bill submitted by Moon called for the removal of the sole clause that serves to retain capital punishment and the addition of the concept of right to life. It was scuttled at parliament when opposition parties boycotted a vote.

Abolitionists say the death penalty is an "inhumane" punishment that deprives criminals of a chance for rehabilitation. It is irreversible when a mistake leads to an execution.

"Calls for abolition are mounting globally as execution is a clear violation of the right to life. The death penalty also entails the risk of misjudgment and abuse," said Yang Eun-sun, a campaign team manager of Amnesty International Korea.

"It is time for South Korea to decide whether to declare a moratorium on the death penalty or abolish it. Then, we can move forward, ending a decades-long debate," she added.

As of 2018, 106 countries had abolished capital punishment and 56 nations, including China and Japan, retained it, according to Amnesty International.

Kim Deok-jin of the Catholic Bishops' Conference of Korea (CBCK) said if Yoon had been sentenced to death, he would have had no chance to return to society.

Last month, 76 lawmakers jointly submitted a bill to abolish capital punishment, calling for it to be replaced with a life sentence without a parole.

Similar bills have been proposed for seven times, but none were passed at the legislation committee.

A 2018 poll by the National Human Rights Commission (NHRC) showed 66.9 percent of Koreans said they support abolition if an alternative punishment is introduced. 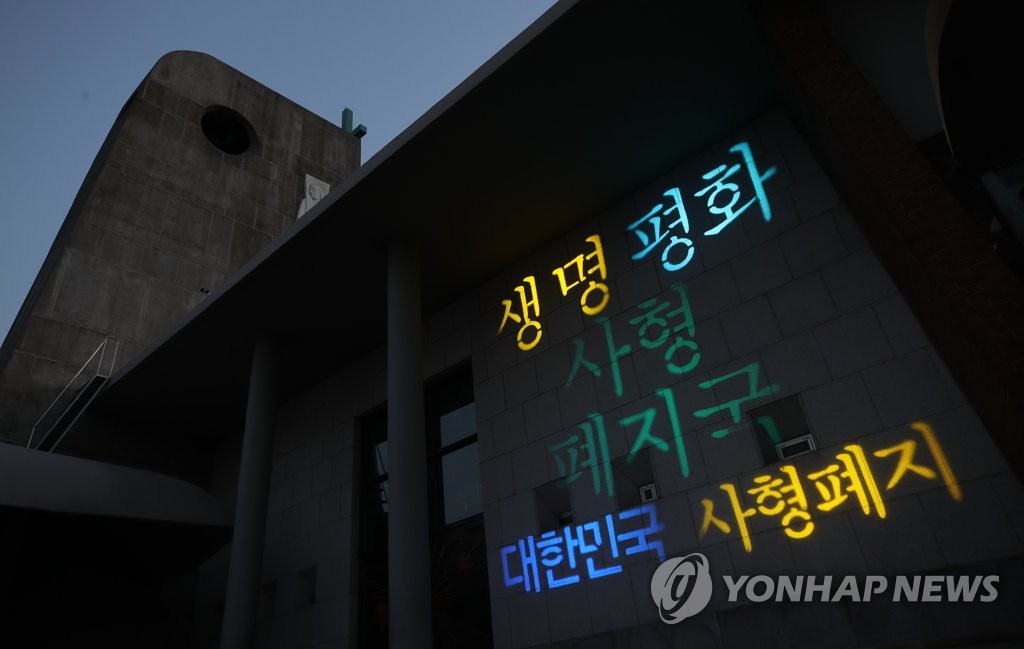 The CBCK filed a petition with the Constitutional Court in February, claiming that the death penalty is unconstitutional.

The court ruled in 1996 and 2010 that capital punishment is constitutional. In a 5-4 vote in 2010, judges called the death penalty a "legal punishment that can deter crime."

The court's upcoming verdict may be different, as the makeup of the judges changed in April in a way that tilts it to a progressive stance on controversial social issues.

The NHRC previously recommended the government accede to an international covenant on civil and political rights over death penalty abolition.

But the government is apparently wary when it comes to an imminent change.

"Considering a need to comprehensively take into account public sentiment, people's thoughts about justice and the situation at home and abroad, we need to review it over the medium and long term," the government said in a reply to the rights watchdog.