SEOUL, Nov. 13 (Yonhap) -- The gap between South Korea's policy rate and that of the United States may have placed South Korea in unexplored territory, but the rate gap has yet to cause any serious problems for Asia's fourth-largest economy, a member of the Bank of Korea's (BOK) monetary policy board said Wednesday.

"(Future rate decisions) will have to be made after carefully examining various factors as South Korea is exploring an unwalked territory," Lim Ji-won said in a meeting with reporters.

Lim's remarks came less than a month after she cast one of only two dissenting votes in the BOK's latest rate-setting meeting on Oct. 16, in which the seven-member board slashed the key rate by a quarter percentage point to 1.25 percent. 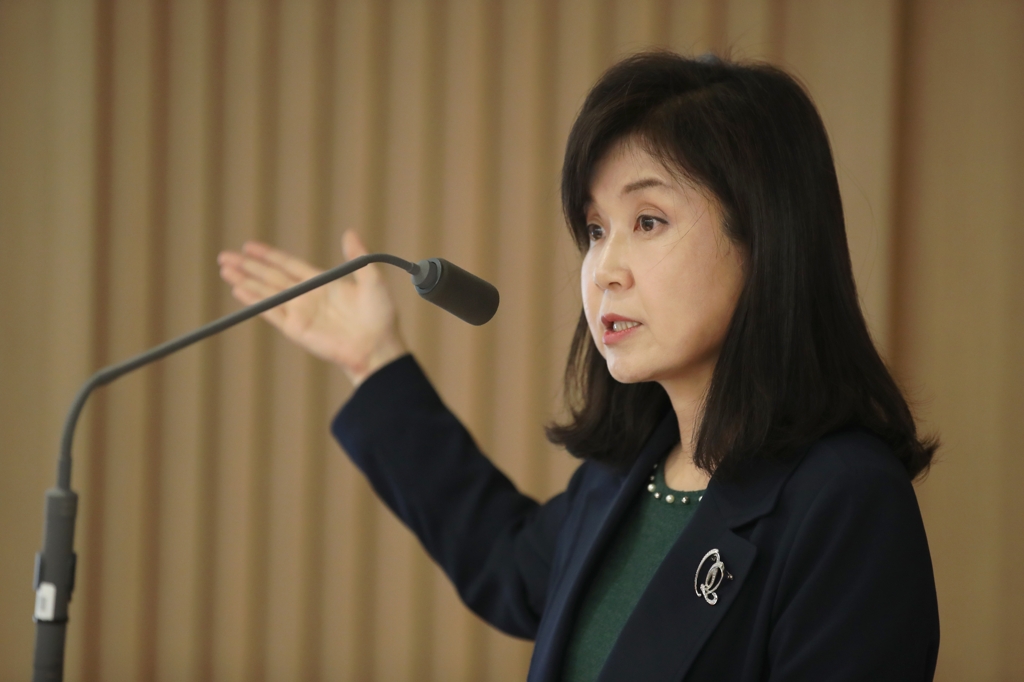 The former economist at JP Morgan was apparently referring to the gap between the base rates of South Korea and the United States.

The latest rate cut, the second both this year and in the last three years, followed two rate reductions by the U.S. Federal Reserve this year.

However, the U.S.' base rate sits significantly higher than that of South Korea, in a range of 1.50 percent to 1.75 percent, even after its third reduction of the year in late October.

Such a rate gap could lead to a mass outflow of foreign capital from emerging countries such as South Korea, the BOK has noted, though it insists the current gap has yet to cause any such problems.

Lim agreed the country's financial stability remains "sound," though current conditions may have somewhat eaten into its fiscal soundness.

"When looking at our financial stability, such as the current account balance, the country's financial stability remains very sound, which cannot even be compared with (the situation in) 2008, though the level of soundness has gradually been diminishing over the past three or four years," she told the meeting.

"Our financial stability is still sound, so it cannot be said to be not sound," Lim added.

Still, she apparently voiced her support for a rate freeze down the road, saying the country's monetary policy may differ from those of many other countries that are seemingly lowering their policy rates in the face of a global economic slowdown.

"I believe it will certainly not be a strange thing for our country's policy choice to differ from those of key advanced nations in the sense that the process through which their monetary policies work may vary, depending on the financial and economic structure of their separate economies, even if they may face similar economic conditions," she said.

S. Korea's key rate in new territory but not in trouble: BOK board member

S. Korea's key rate in new territory but not in trouble: BOK board member