The same day 49 years earlier, Jeon, a garment worker and labor rights activist, burned himself to death at the age of 22 in protest at the terrible labor conditions that were prevalent amid the rapid industrialization of the time. With his body doused with petrol, he chanted slogans calling for labor rights and a decent working environment, running across the Seoul Peace Market in the capital.

His death served as a catalyst for public debate on the substandard labor conditions and the brisk labor union movement in the country.

"I think of Martyr Jeon Tae-il," Moon wrote in a social media message, describing him as a "beautiful young man" who was concerned about the labor standards act, workers' rights and a humane life.

His cries made the people contemplate the value of labor, albeit belatedly, according to Moon, a former human rights lawyer.

The president lamented that South Korea has yet to resolve the problem of discrimination and social gaps half a century after his death.

He said his administration will inherit the spirit of Jeon's sacrifice in efforts to promote fairness and respect for labor. 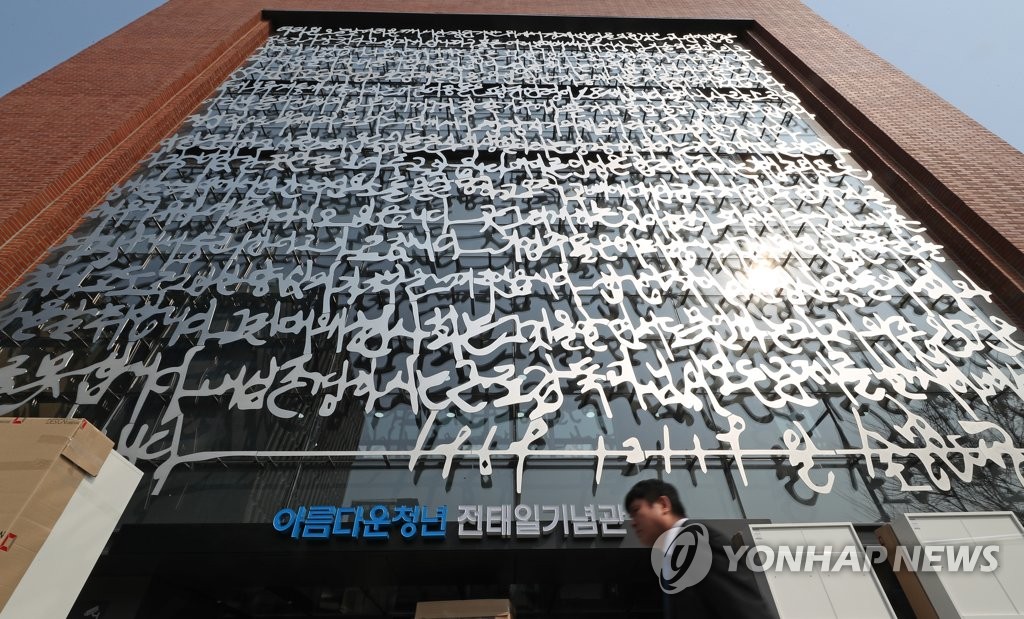