TOKYO, Nov. 13 (Yonhap) -- Australia defeated the United States 2-1 while host Japan got past Mexico 3-1 in the ongoing Olympics baseball qualifying tournament on Wednesday, as the battle for spots in the 2020 Summer Games got even murkier.

Australia scored two runs in the top of the first and its pitching staff made the early lead stand at Tokyo Dome for the country's first win of the Super Round at the World Baseball Softball Confederation (WBSC) Premier12. 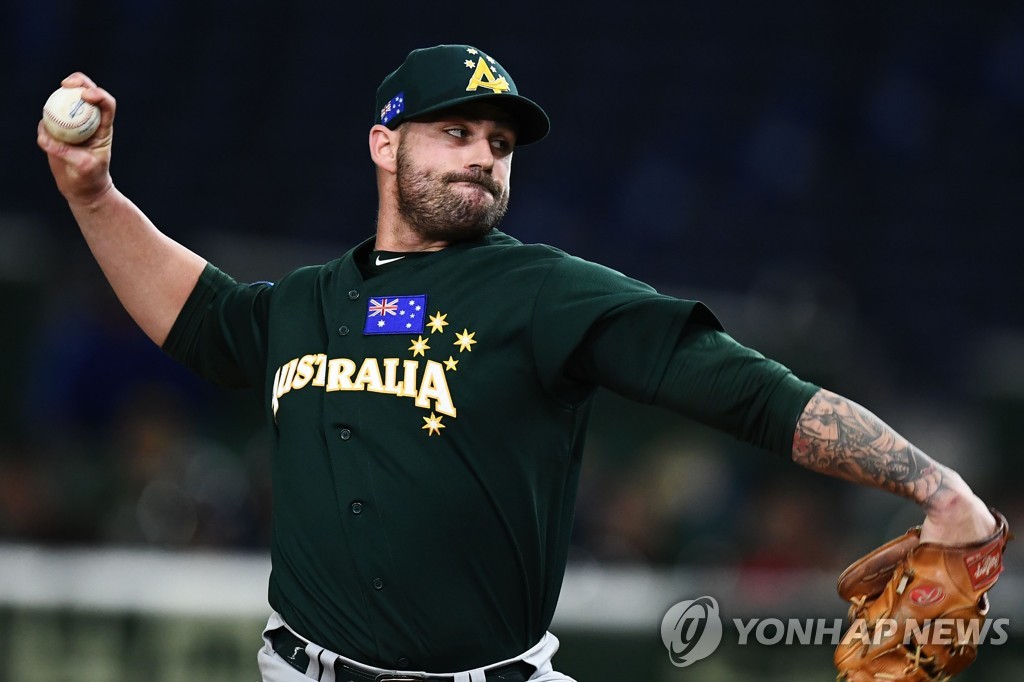 In Wednesday's nightcap, Japan scored two in the first and another in the second, while holding Mexico to one hit -- a solo shot by Jon Jones in the fourth.

The Premier12 is a qualifying event for the 2020 Tokyo Olympics for teams in Asia/Oceania and the Americas. Only the top teams from each of those regions after the Super Round will be at the Olympics in the Japanese capital. South Korea and Chinese Taipei are the two other nations in the Super Round and they were idle on Wednesday.

Mexico and Japan are now tied for first place at 3-1. South Korea is 2-1, and Chinese Taipei is 1-2. Australia improved to 1-3 for the tournament, tied with the United States.

In Wednesday's first game, Aaron Whitefield's single drove home two quick runs for Australia in the top of the first. Aussie starter Tim Atherton no-hit the Americans until two outs in the fifth, and handed the game over to the bullpen after getting one out in the sixth.

Mark Payton homered for the U.S. in the eighth to cut the deficit to 2-1. But the Americans couldn't get any closer, as Jon Kennedy got the final two outs for the save. 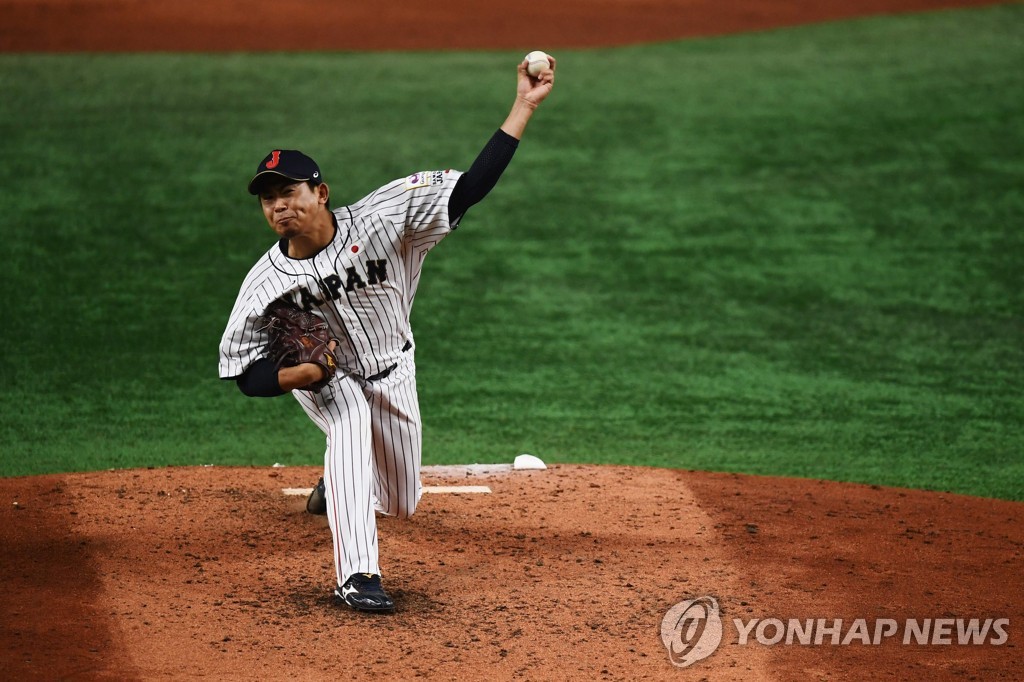 Later in the day, Japan put two runs on the board in the bottom first, thanks to two-out RBI singles by Seiya Suzuki and Kensuke Kondo against starter Horacio Ramirez.

Ramirez was yanked after walking two of the first three batters he faced in the second inning, and new pitcher Felipe Gonzalez gave up an RBI single to Hayato Sakamoto that put Japan ahead 3-0.

Japanese starter Shota Imanaga mowed down the Mexican lineup through three perfect innings, but then Jones led off the fourth with a solo home run that cut the deficit to 3-1.

That turned out to be the only hit Mexico would manage against Imanaga, who struck out eight and walked one in six brilliant innings.

Three relievers took care of the rest as Mexico's winning streak, dating back to the group stage, was snapped at five.

Results against other Super Round-bound teams from the group play were carried over to this phase.

After four Super Round games each, the No. 3 and No. 4 teams will meet in the third-place game, and the top two countries will square off in the championship final, both scheduled for Sunday at Tokyo Dome.

Because Japan is already in the Olympic tournament as the host nation, South Korea only has to finish ahead of Chinese Taipei and Australia.

South Korea lost to Chinese Taipei 7-0 on Tuesday. There's now a possibility that South Korea, Chinese Taipei and Australia could all finish the Super Round at 2-3, in which case they would go to a tiebreak to determine who'll get to play in the third-place game.