The combined net profit stood at 3.8 trillion won (US$3.2 billion) for the July-September period, compared with a profit of 4.1 trillion won a year ago, the Financial Supervisory Service (FSS) said in a statement.

Preliminary interest income for the third quarter stood at 10.2 trillion won, up 0.6 percent from a year earlier, as the banks continued to enjoy low market rates, it said.

"Newly delinquent loans increased for the period and allowance for doubtful accounts expanded as well, which made the loan-loss expenses for the July-September period of 2019 increase," the FSS said.

The average net interest margin of the banks, a key barometer of profitability, stood at 1.55 percent for the third quarter, down 0.13 percentage point from a year ago. 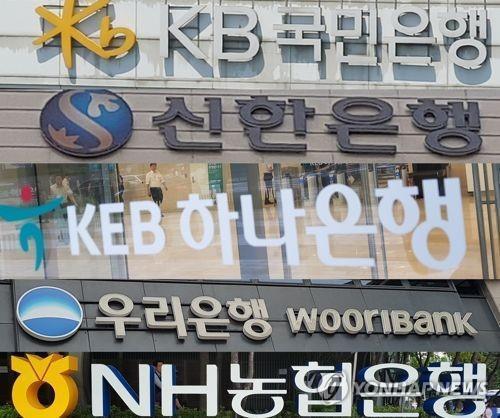