SEOUL, Nov. 14 (Yonhap) -- The United States and North Korea stand at a "dangerous" moment in their nuclear negotiations, an American expert said, citing Pyongyang's looming deadline for U.S. flexibility and an ongoing impeachment inquiry in Washington.

Robert Carlin, a former North Korea analyst at the Central Intelligence Agency, made the remarks amid doubts over whether the two countries can engage in another round of negotiations before the year-end deadline following their unfruitful talks in Sweden last month.

"What we need to do most of all is to get through the next 48 days. You have the year-end deadline on the North Korean side, and on the American side, you have an increasingly complicated domestic political situation," Carlin said in an interview with Yonhap News Agency on Wednesday. He is currently a visiting scholar at Stanford University's Center for International Security and Cooperation.

"I think what we need to do is to understand how dangerous the moment is ... that either side could miscalculate and we need more time," he added. 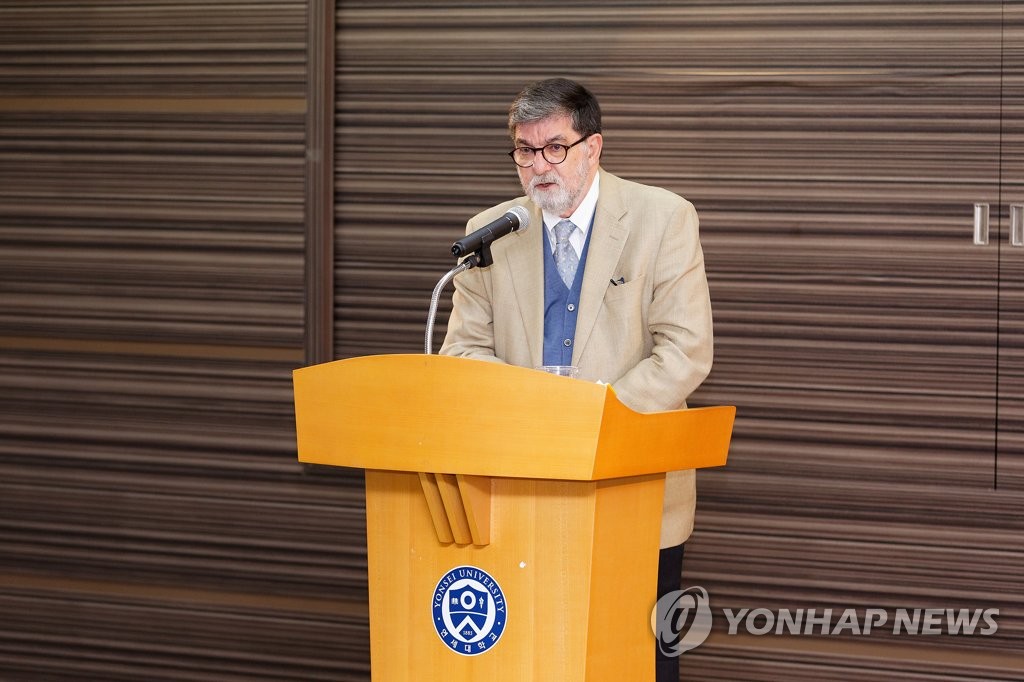 North Korean leader Kim Jong-un has set the deadline for the U.S. to come up with a new proposal agreeable to his regime, and warned that the regime would otherwise take a "new path" -- an apparent move to pressure Washington to show flexibility in the deadlocked negotiations.

Amid uncertainty over the possibility of any breakthrough, concerns have also arisen that an ongoing impeachment inquiry against U.S. President Donald Trump could blunt the momentum for the nuclear parley between Washington and Pyongyang.

"On their (North Korean) side, they have to understand that the Americans have to be careful because in the middle of an impeachment, you may not have as much freedom of action as you would otherwise," Carlin said.

"So we need both sides to step back and make sure this thing continues in the next year," he added.

Commenting on the possibility of another summit between Trump and Kim this year, he said he would be "so surprised" if they met face to face this year amid the impeachment proceedings.

"You've got to imagine. Let's say in December when impeachment proceedings are under way in the House or he's already been impeached and there's a trial going on in the Senate, how in the world can the president go off to a summit?" he said. "He's already on shaky grounds dealing with North Korea politically in the U.S."

Carlin voiced his support for the idea of Washington and Pyongyang first reaching an interim deal on their way to a full denuclearization deal, amid speculation that the two sides may explore a way to reach the disarmament goal in a step-by-step manner, starting with a freeze to stop the growth of the North's nuclear program.

"I never have seen any other way of doing that," he said. "If we were not now in the position of North Korea having tens of nuclear weapons and having already tested them six times, already having an arsenal and relatively advanced program, it would be easier to ask for everything."

Carlin served as senior policy advisor at the Korean Peninsula Energy Development Organization in the 2000s, during which he made numerous trips to Pyongyang. He also served as chief of the Northeast Asia division in the bureau of intelligence and research at the State Department.