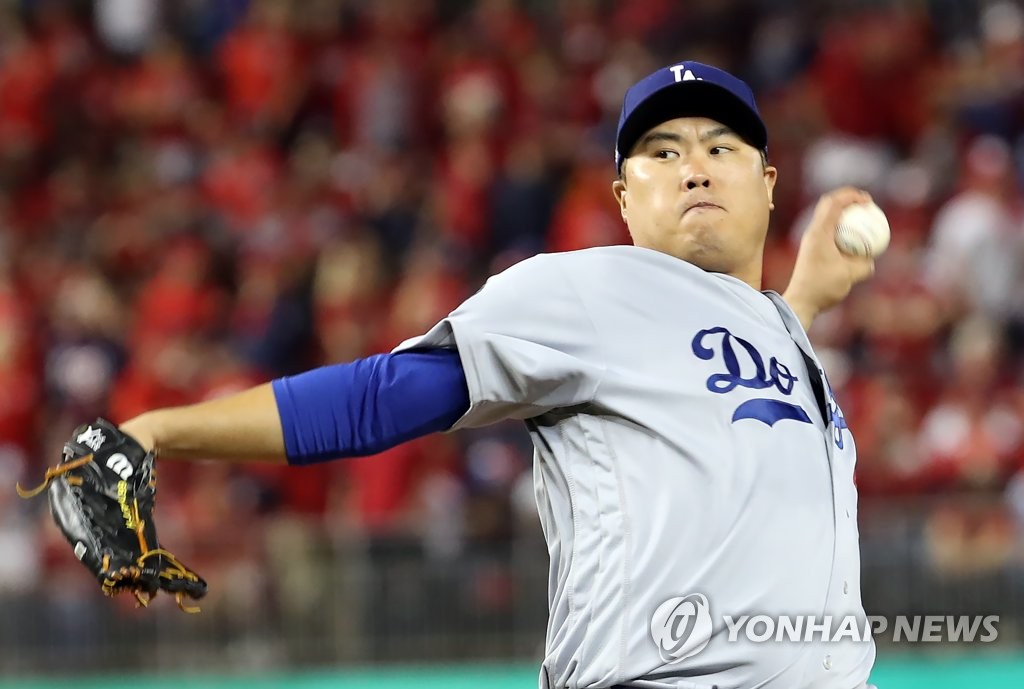 In the voting result announced Wednesday evening (U.S. Eastern Time), Ryu, who led all of baseball with a 2.32 ERA for the Los Angeles Dodgers this year, earned one first-place vote, 10 second-place votes, eight third-place votes, seven fourth-place votes and three fifth-place votes, for a total of 88 points.

The Baseball Writers' Association of American (BBWAA) initially announced Ryu had six second-place votes and tied Max Scherzer of the Washington Nationals for second place at 72 points but later made the adjustment.

Jacob deGrom of the New York Mets repeated as the Cy Young winner with 207 points, thanks to 29 first-place votes. Scherzer, the 2016 and 2017 winner, ended alone in third.

Pitchers receive seven points for first place, four for second place and three for third place, two for fourth place and one for fifth place.

Members of the BBWAA voted on the Cy Young. And Ryu, who's now a free agent, is the first South Korean pitcher to even earn a Cy Young vote, and the first Asian to garner a first-place vote.

BBWAA members already cast their ballots at the end of the regular season.

Ryu was 14-5 this year and tossed 182 2/3 innings, his highest total since throwing 192 innings as a rookie in 2013. It was an impressive bounce back season in a career derailed by shoulder and elbow surgeries that wiped out 2015 and limited him to one start in 2016.

DeGrom went 11-8 with a 2.43 ERA, finishing second in the NL behind Ryu in that category. DeGrom led the NL with 255 strikeouts and tossed 204 innings, most among the three finalists.

Ryu had an excellent start to the 2019 season before faltering through late August and early September. That second-half swoon coincided with deGrom's surge.

Ryu was the NL Pitcher of the Month for May, after going 5-0 with a microscopic 0.59 ERA in six starts. He enjoyed a 32-inning scoreless streak during that month. At the end of May, Ryu's ERA for the season was 1.48.

He got it all the way down to 1.27 after beating the Colorado Rockies on June 22. Six days later, the same Rockies roughed him up for seven earned runs in four innings -- more earned runs than he'd allowed in 10 previous starts combined -- and his ERA climbed to 1.83. 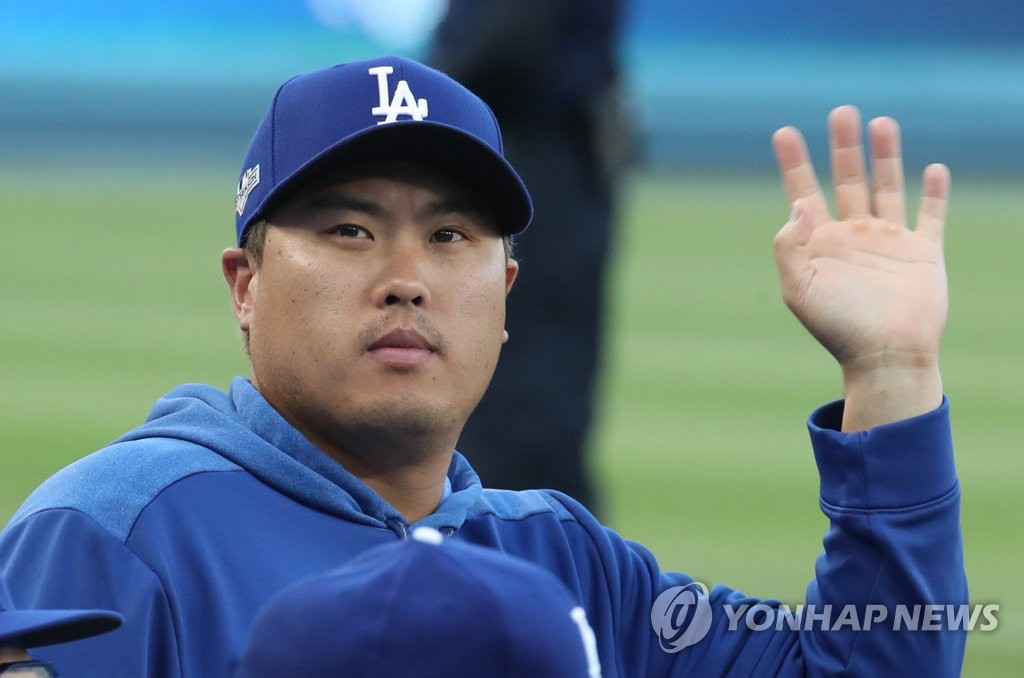 But the left-hander lowered it in each of his next six starts to get it to 1.45. And then began the rocky, four-game stretch that likely cost Ryu a real shot at winning the Cy Young.

Facing the Atlanta Braves, the New York Yankees, the Arizona Diamondbacks and the Rockies in succession, Ryu was touched for 21 earned runs in 19 innings. When the dust cleared, his ERA had ballooned a full run to 2.45.

Ryu crossed the finish line with a bit more juice, holding opponents to three earned runs in his final 21 innings across three starts. He struck out 21 and walked none in that span.

But deGrom was even better down the stretch, going 5-1 with a 1.72 ERA in August and September. He finished the season with 21 shutout innings.

Ryu will now look to parlay the second-place Cy Young finish into a lucrative, multiyear contract in the open market this offseason.