Hyundai Motor plans to begin the production of the Santa Cruz at its plant in Montgomery, Alabama, in 2021 for sales in the U.S. and Canada starting from the same year, the company said in a statement.

Bringing the Santa Cruz to Hyundai Motor Manufacturing Alabama (HMMA) demonstrates that Hyundai Motor is confident its more than 3,000 team members are "ready to build a quality crossover for the U.S. market," HMMA President and Chief Executive Jin Byung-jin said in the statement.

The maker of the Sonata sedan and the Santa Fe SUV will invest US$410 million in expanding the Alabama plant to produce the crossover vehicle. The investment will generate 1,200 jobs in Montgomery and the River Region, it said.

The Santa Cruz was first introduced as a concept at the 2015 North American International Auto Show in Detroit.

Santa Cruz is for those who want all the traditional attributes of a compact SUV, but need the day-to-day versatility of an open bed, Hyundai said.

HMMA began vehicle production in May 2005. The plant has since produced 4.5 million vehicles for the North American markets, it said. 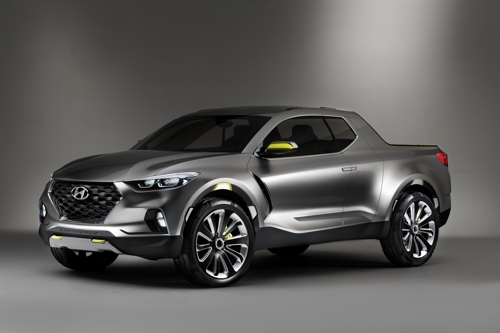