SEOUL, Nov. 14 (Yonhap) -- Unification Minister Kim Yeon-chul met with the head of a South Korean business that used to operate tours to North Korea's Mount Kumgang on Thursday to discuss the fate of the long-suspended project following Pyongyang's threat to end the joint business.

Kim's meeting with Hyundai Group Chairwoman Hyun Jeong-un came before the minister leaves for the United States next week on a trip expected to center on discussions of how to resume the tour program to Mount Kumgang on the communist state's east coast.

"The government has been making a lot of efforts to find a creative solution under the principle to resolve the issue through an agreement, while putting protection of our companies' right to property as the top priority," the minister said during the meeting.

"We will wisely handle the issue in close consultations with the government," Hyun said. "We hope to have good relations with the North by finding a good solution."

The meeting also came just days ahead of the 21st anniversary of the launch of the tour program, which falls on next Monday, raising speculation over the chairwoman's possible trip to North Korea to commemorate the anniversary.

Hyundai Asan, an affiliate of Hyundai Group, had been an operator of the tour program to the mountain for about a decade until it came to a halt in 2008, when a South Korean tourist was fatally shot by a North Korean solider.

Last month, North Korea demanded the removal of its long-abandoned facilities at the mountain, saying that it plans to build its own international tourist zone in the area. The demand was seen as an expression of Kim's frustration amid limited prospects the project will resume anytime soon.

South Korea has asked for face-to-face meetings to discuss the issue in an effort to keep the project alive but the North has rejected the offers, saying discussions can be made in writing.

Seoul has also proposed sending a delegation comprising government officials and businesspeople, including representatives from Hyundai Asan -- an offer Pyongyang has also not accepted.

Kim Yeon-chul plans to leave for the U.S. on Sunday on a seven-day trip to attend a forum. On the sidelines of the event, Kim is expected to meet U.S. officials to discuss the fate of the Mount Kumgang tour project, though scheduling details have yet to be confirmed.

Launched in 1998, the tour program was regarded as a symbol of inter-Korean reconciliation and economic cooperation. About 2 million tourists visited the mountain until it was suspended in 2008.

South Korea invested a huge amount of money in launching the joint tour program at the scenic mountain. Hyundai Asan, which owns a 50-year license for its operation, spent about 800 billion won constructing the buildings and facilities necessary for the project.

South Korean President Moon Jae-in and North Korean leader Kim Jong-un agreed in September last year to normalize the tour program when conditions are met, but little progress has been made due to global sanctions against the North.

Last month, leader Kim toured the mountain and ordered the removal of all "unpleasant-looking" South Korean facilities and the construction of the North's own international tourist zone in an apparent threat to end the joint tour program.

Seoul recently hinted at allowing individual trips to Mount Kumgang if progress is made in talks with North Korea in guaranteeing the safety of its citizens. It is still unclear whether the North will accept such a proposal at a time when it is seeking to remove all South Korean facilities from the mountain. 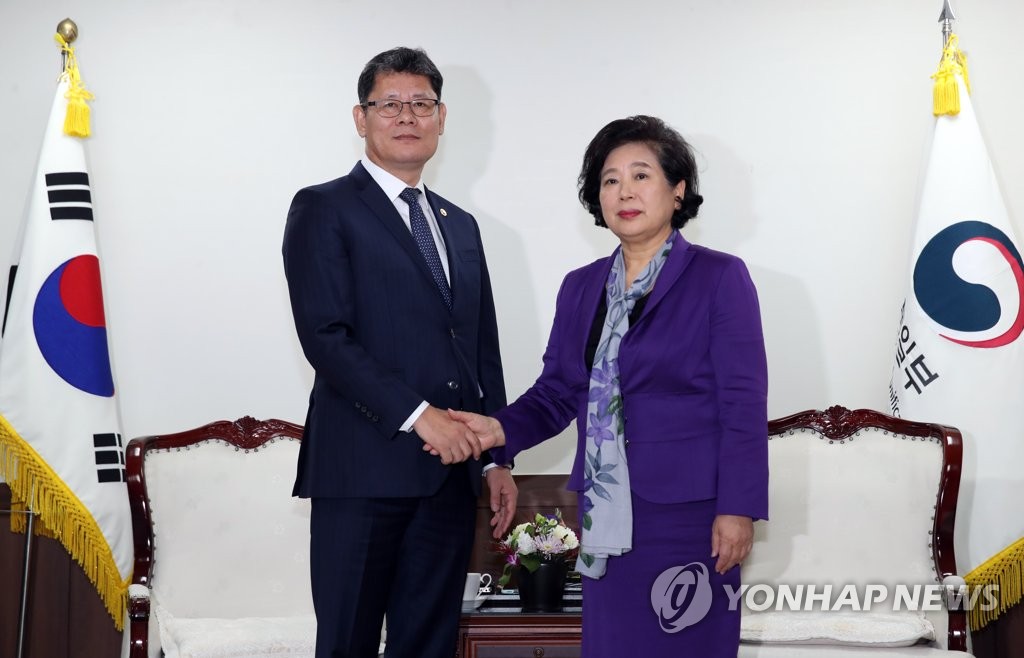