SEOUL, Nov. 15 (Yonhap) -- Kim Ji-soo goes to a PC bang, or Korean-style internet cafe, once or twice a week to play his favorite online game, League of Legends, but there's another reason to go there on late nights or weekends.

After checking in at a self-service kiosk, Kim clicks on the "order food" button on the computer screen to order kimchi fried rice with a sunny side up fried egg and a soda for less than 10,000 won (US$8.60).

"I used to have some snacks while playing games at a PC bang for hours, but now, I have a whole bunch of choices ranging from decent meals to late-night snacks," the 35-year-old office worker said. "I sometimes go to a PC bang thinking of what menu item I want to eat, like when I go to a restaurant."

A growing number of PC bang are becoming places to game, eat and socialize, shedding the old image of a place where people play games in a dimly lit room, smoking cigarettes and eating cup "ramyeon," or Korean hot instant noodles, with their eyes fixed on screens. 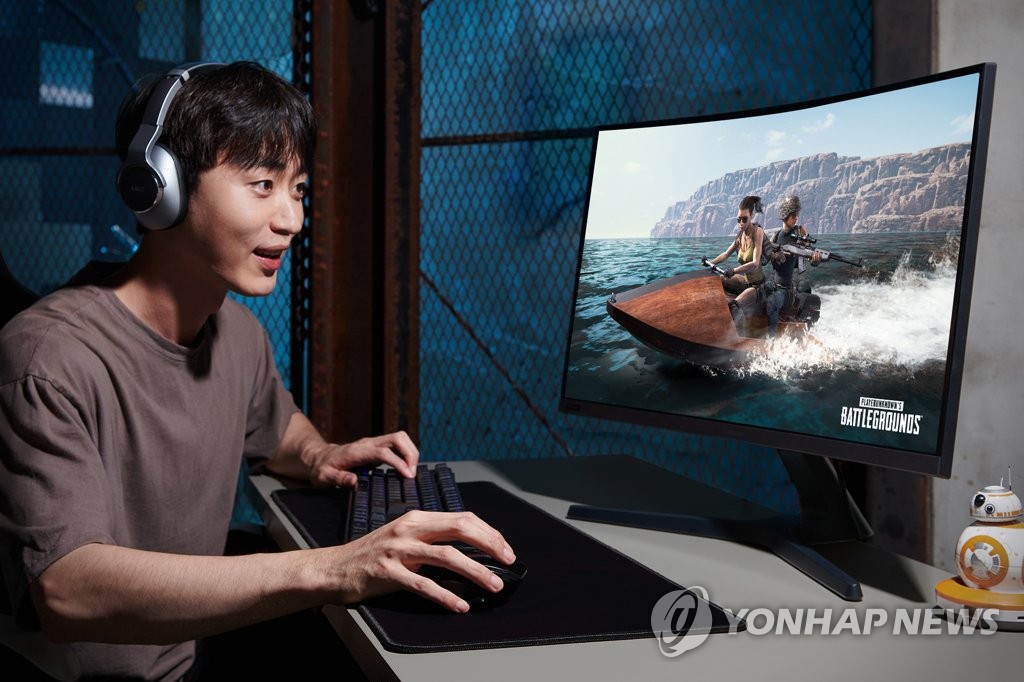 While some PC bang sell instant noodles and frozen foods along with hot water and a microwave for quick fix meals, a new breed of stores are offering various menu items at affordable prices, with some even aiming to become a gourmet's delight.

PC & Cook, an internet cafe in the Gangnam area with about 110 gaming PCs, has over 100 menu items ranging from a lunch box to hamburgers, pasta, fried chicken and "tteokbokki," Korean rice cakes in a spicy sauce, as well as dozens of drinks. Most items are below 10,000 won, while some set menu items are more expensive.

"I wanted to change PC bang's old, dirty image with decent, healthy foods," Hyun Ji-young, owner of PC & Cook, said. "We have three teams who have experience in the food and beverage business working 8-hour shifts, 24 hours a day, in the kitchen."

Based on the early success, the five-year-old PC bang has registered its menu on a popular food delivery app, Baedal Minjok, offering takeout food even for those who don't play games at its cafe. The busiest hour is during lunch and dinner time, when many office workers in the nearby area order lunch boxes, she said.

"The revenue ratio between PC bang usage and food changed from half and half to 4:6 and then to 3:7," Hyun said. "Now, the food is the main source of income for the store." 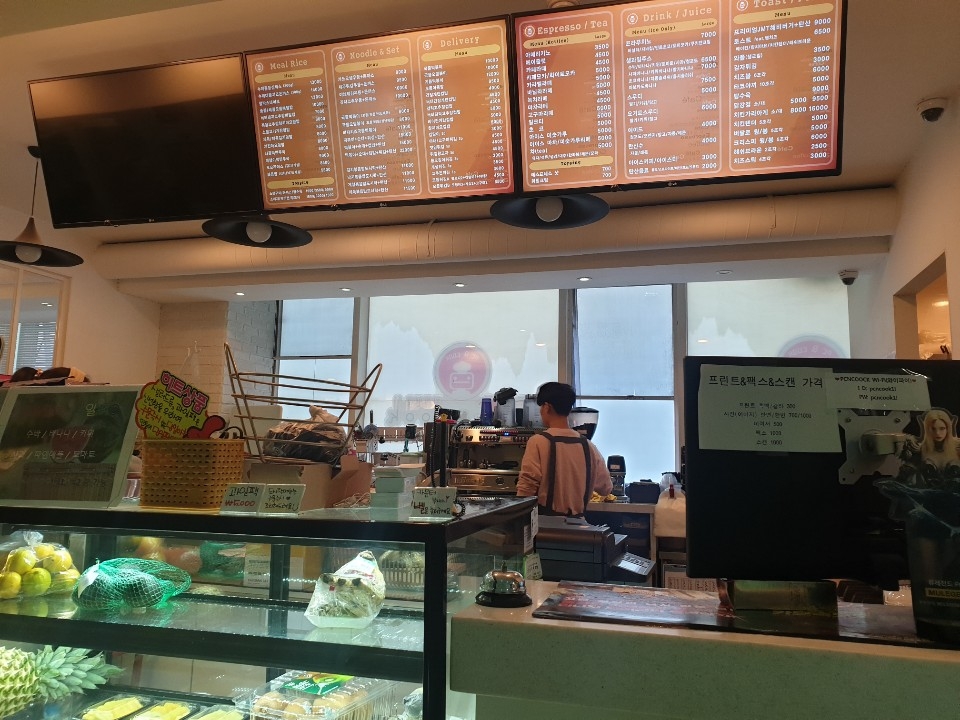 Reflecting the new trend, several YouTube creators have visited PC bangs that are popular for their signature menus and posted "meokbang," or eating show, videos. Some of the most-viewed videos titled "PC bang meokbang" on YouTube have more than 3 million views.

"I used to have hamburgers and ramyeon at PC bang when I was a student and was surprised to find so many menu items to eat," famous YouTube meokbang creator MBRO said in his video while eating ramyeon, octopus fried rice and dumplings and drinking a caramel macchiato as breakfast at a local PC bang.

Industry officials say the increasing focus on food service illustrates PC bang's efforts to attract and retain customers to boost their revenue amid the fierce price competition in the saturated market.

Many stores charge around 1,000 won per hour for PC usage, with some discounting the rate to 500 won, which is similar or even cheaper compared with the level 20 years ago.

According to a 2018 survey of 79 PC bang nationwide conducted by the state-funded Korea Creative Content Agency (KCCA), 80 percent said the business environment worsened due to rising operation costs, low hourly rates and lack of new content.

"As the PC bang industry has been grappling with a slump due to a lack of new mega-hit games and hike in labor costs, a rising number of stores are trying to boost profits with additional content, such as upgraded food and beverage menu items," Kim Byung-soo, president of the Korea Internet PC Culture Association, said. 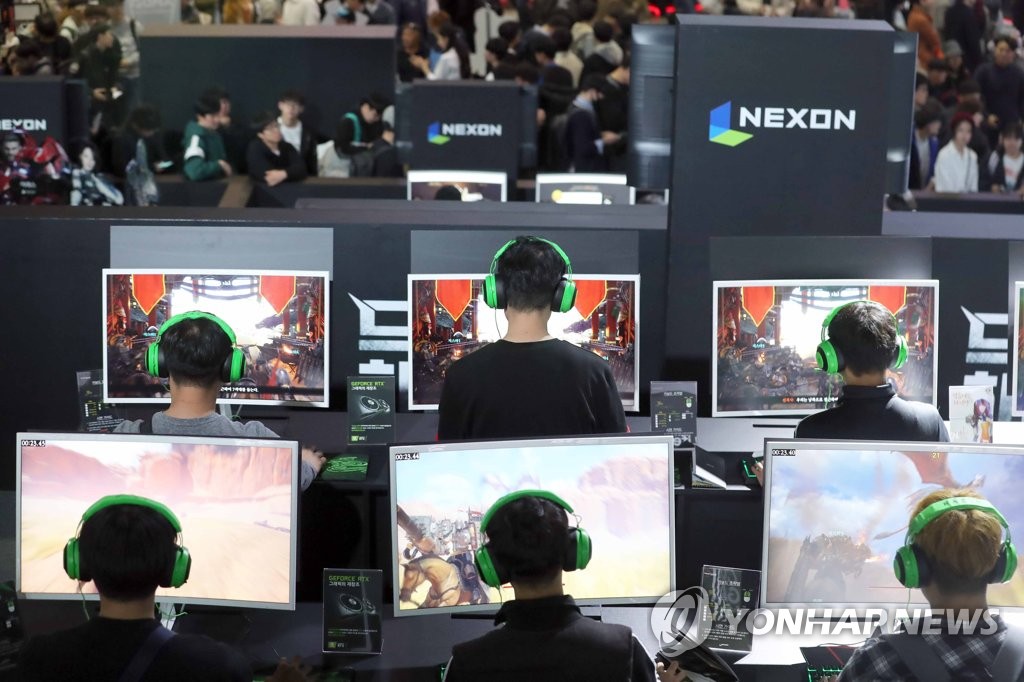 PC bang sprung up nationwide in the 2000s after Blizzard's StarCraft and NC Soft's Lineage enjoyed massive popularity following their debuts in 1998, with the number of PC bang rising to more than 21,000 in 2009, according to the "White Paper on Korean Games" published by KCCA.

But the industry took a downturn over the past decade after the government banned smoking in PC bang in 2013 and the rise of mobile games eroded online games' market share, with the number of stores nearly halving to around 11,000 in 2015.

"Sales of food and beverages have partially contributed to the revenue growth with the rise of new types of PC bang, while the popularity of multiplayer online games such as League of Legends and Battle Ground also led more youngsters to gather at PC bang," Song Yo-sep, a KCCA official, said.

Industry watchers say the success of multiplayer online games is crucial for the survival of the PC bang industry, as the games encourage people to visit gaming sites and interact together to discuss strategies.

"Easy and quick menus can help gamers stay longer at PC bang, but they need new online games that can really draw customers in the first place," Song said.