SEOUL, Nov. 14 (Yonhap) -- South Korea held the annual state-administered college entrance exam on Thursday, with roughly half a million applicants sitting for the high-stakes test that some claim will determine their future.

The College Scholastic Aptitude Test (CSAT), known as "suneung" in Korean, began at 1,185 exam venues across the nation at 8:40 a.m., according to the education ministry.

The marathon exam, which covers five subjects, including Korean, math and English, finished at 5:40 p.m. 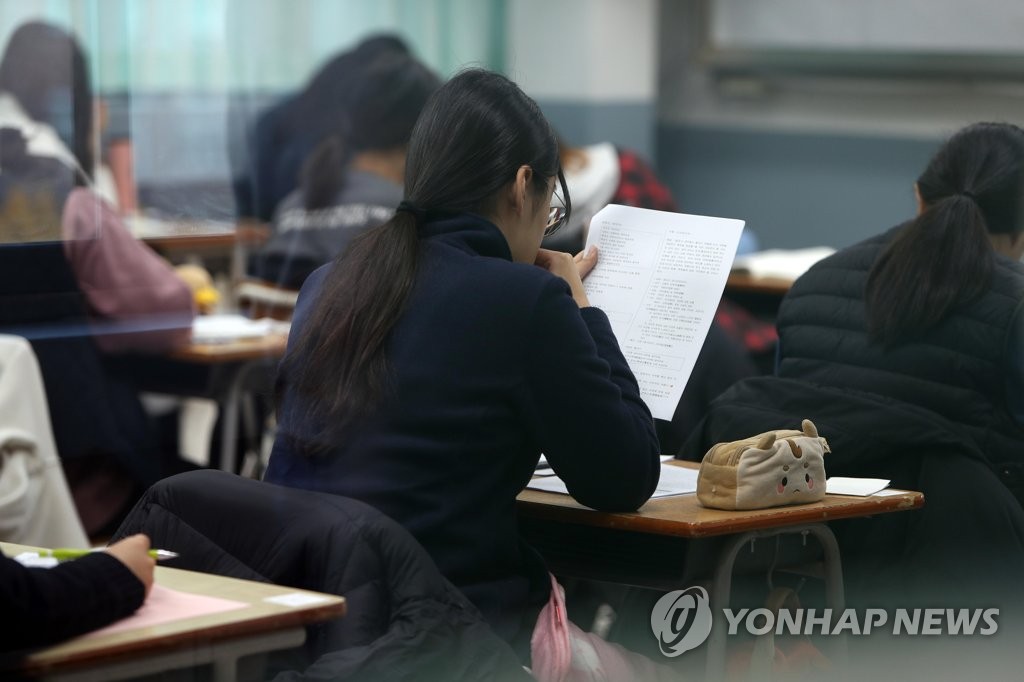 It is the first time the number of applicants taking the exam has dipped below the 500,000-threshold after peaking at 868,366 in 1999, reflecting the country's declining population.

The CSAT, held only once a year, is considered critical in Asia's fourth-largest economy. Parents accompany their children to schools and pray for their children at churches and temples.

It is also considered a national event, with working hours at public offices delayed by an hour to 10 a.m. to prevent traffic congestion for applicants going to test venues. The local stock and currency markets also open an hour later than usual.

Flights were also suspended for 35 minutes from 1:05 p.m. to 1:40 p.m., when English listening tests took place. Around 40 international and 118 flights had their schedules adjusted, according to the transportation ministry.

This year's test results are scheduled to be released on Dec. 4. 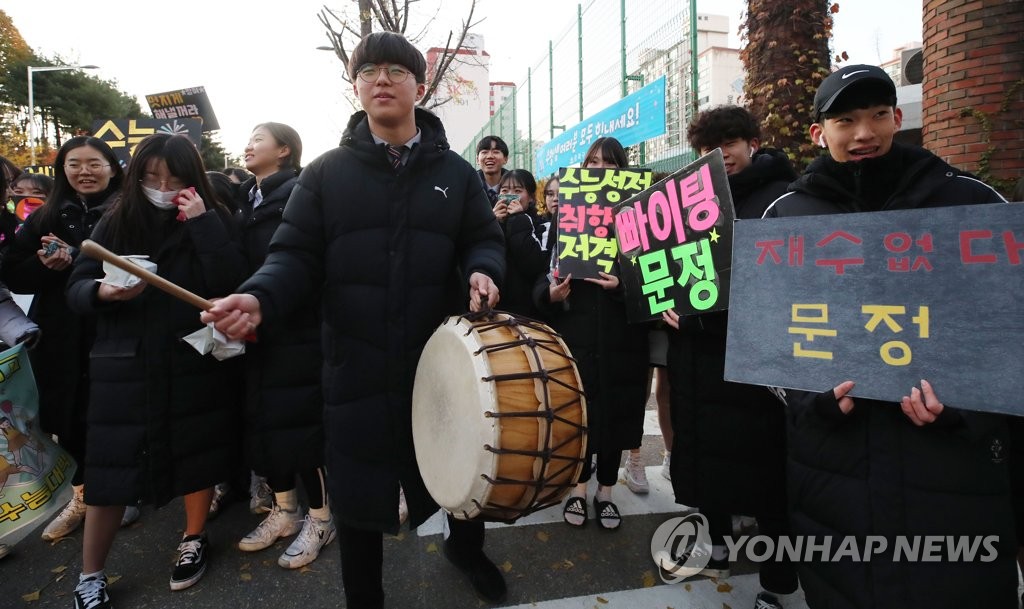