SEOUL, Nov. 14 (Yonhap) -- A cold wave swept across the nation on the day of the national college entrance examination Thursday, with the mercury dipping to near or below zero in Seoul and central areas, South Korea's weather authority said.

The morning low dropped to minus 13.8 C in Mount Seorak, while Daegwallyeong, a mountain pass in the northeastern region, marked minus 6 C and Cheorwon posted minus 3.1 C, according to the Korea Meteorological Administration (KMA).

It fell to minus 2.5 C in Seoul, the lowest temperature this fall.

Wind chill is likely to make it feel like minus 14.3 C in Daegwallyeong and minus 7.5 C in Seoul, the KMA said.

The KMA issued a cold wave alert in eastern Gangwon Province and other parts of the Korean Peninsula, advising people to bundle up against the sudden drop in temperature.

The daily high is expected to hit 3-11 C nationwide, some 5-7 C lower than the previous day, and there will be strong winds, it added.

People often say that the annual College Scholastic Aptitude Test (CSAT) always has a distinctive chill even though the test date changes from year to year. The test is considered to be South Korea's most important national exam as it determines which university a student can enter. 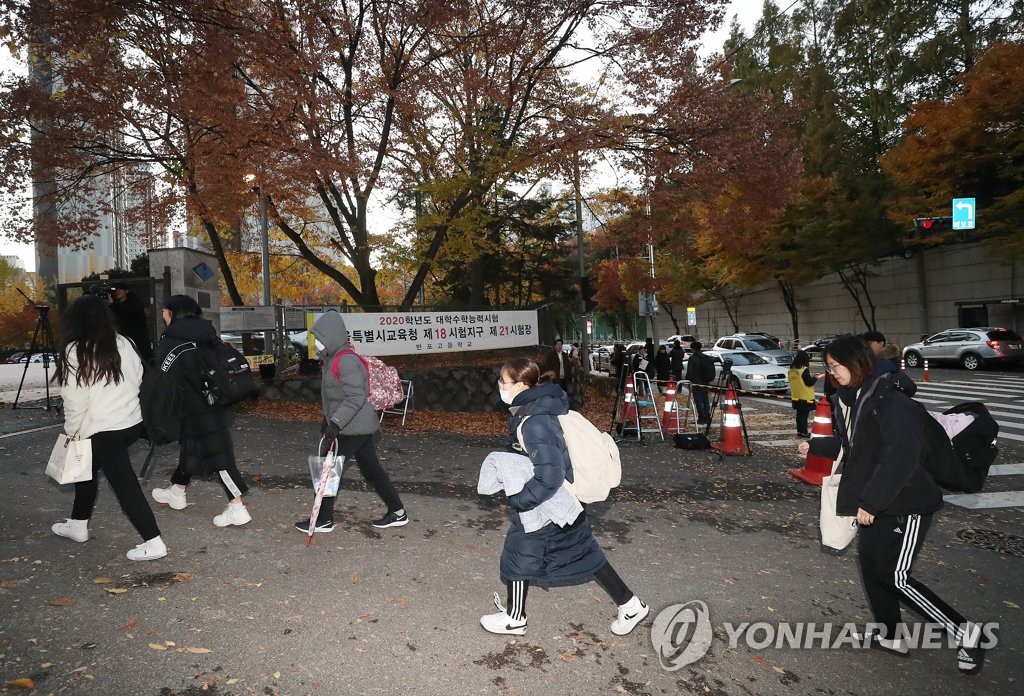