SEOUL, Nov. 14 (Yonhap) -- South Korea is in the final stage of discussions with Japan to set up a meeting between their defense ministers next week, just days ahead of the planned expiry of their intelligence-sharing pact, the defense ministry said Thursday.

Defense Minister Jeong Kyeong-doo is scheduled to visit Thailand next week to attend the 6th Association of Southeast Asian Nations (ASEAN) Defense Ministers' Meeting-Plus (ADMM-Plus) slated for Nov. 17-18, according to the ministry.

"We are now finalizing schedules to have bilateral talks with participating nations on its sidelines, including Japan, China, Thailand and New Zealand, as well as a trilateral meeting involving the U.S. and Japan," the ministry said.

Jeong is scheduled to hold talks with U.S. Defense Secretary Mark Esper in Seoul on Friday.

If held, Jeong's meeting with the Japanese defense minister, Taro Kono, will come less than a week before the Nov. 23 expiry of the General Security of Military Information Agreement (GSOMIA). South Korea announced its decision in August to end the three-year-old agreement after Japan imposed export curbs on Seoul amid a row over wartime forced labor.

Japan wants to maintain the pact, and the U.S. has also called for its renewal. But South Korea has maintained the stance that any reconsideration would be possible only if Japan first retracts its export restrictions against the South. 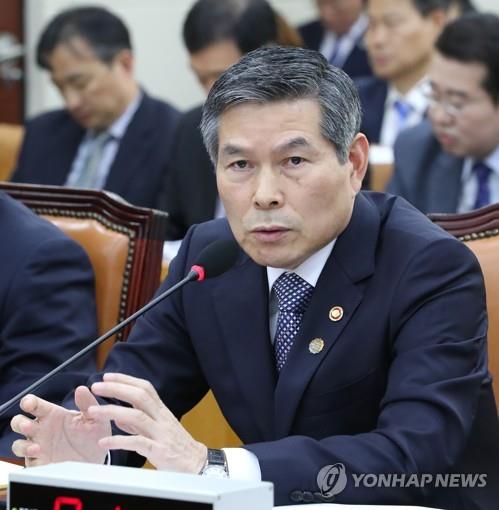 During the multilateral conference, Jeong is scheduled to deliver a speech on the government's peace process involving North Korea and ask for international support for the denuclearization of the Korean Peninsula and its push to turn the Demilitarized Zone (DMZ) into a peace zone, according to the ministry.

In his address during the U.N. General Assembly session in New York in September, President Moon Jae-in proposed turning the DMZ that bisects the two Koreas into a global peace zone, saying that the plan will provide an institutional and realistic guarantee to North Korea's security.

"The minister will make proposals on sustainable multilateral security cooperation," it added.

ADMM-Plus, launched in 2010, had been held every two or three years. Then from last year, it became an annual event, according to the ministry.

During his trip to Thailand, the minister also plans to visit a defense exhibition and meet with officials of South Korean companies participating in the event, the ministry added. 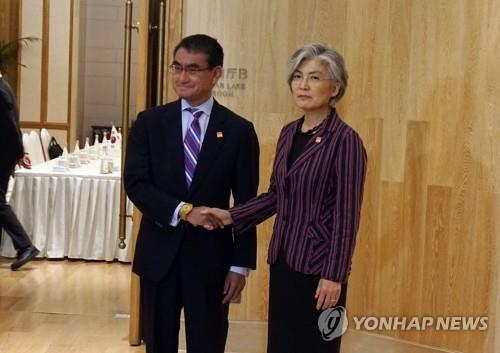