Held under the theme of "ASEAN and Korea: Partnership for Prosperity," it came ahead of a major summit between the two sides to take place in Busan later this month.

"South Korea hopes to become a partner with ASEAN nations for a deeper level of cooperation in various fields," Lee Jay-min, vice chairman of the National Economic Advisory Council (NEAC), said in his opening speech.

That's a reason why the South Korean government has adopted the New Southern Policy as one of its top priority policies, he added. 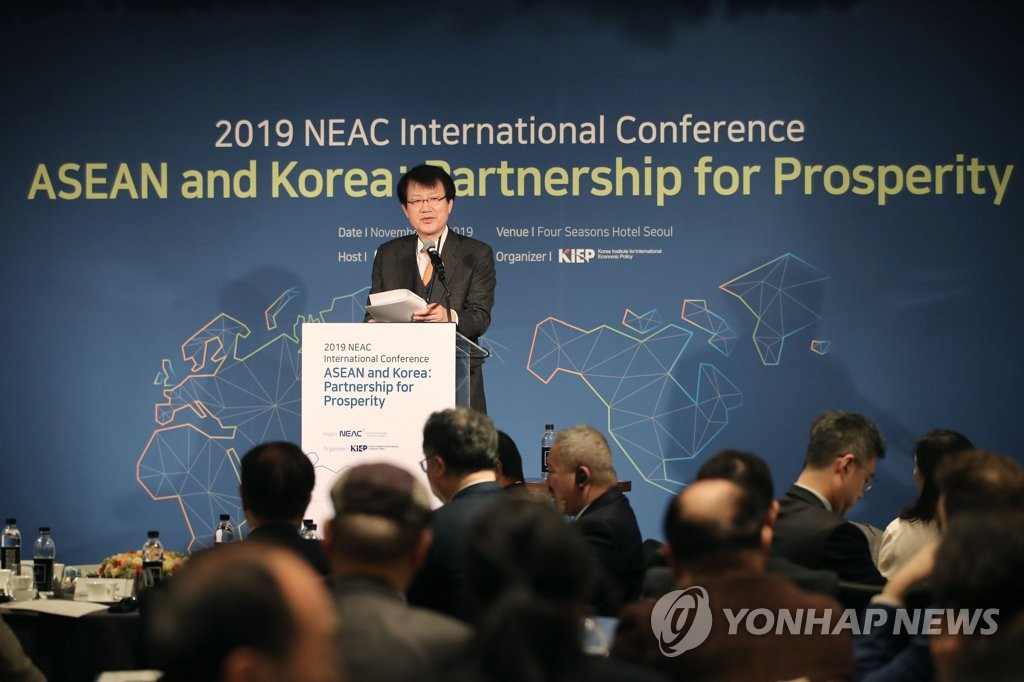 Moon plans to hold a two-day "commemorative summit" with his counterparts from the 10 ASEAN members in the southern port city of Busan from Nov. 25. It is to mark the 30th anniversary of the establishment of bilateral dialogue relations. The group summit will be followed by the first Mekong-Republic of Korea summit there on Nov. 27.

Lee stressed the significance of South Korea-ASEAN cooperation amid the transformation of the global economic order.

Country-to-country economic cooperation has been weakening, with trade fights spreading, and the International Monetary Fund recently raised the problem of "synchronized global slowdown," he pointed out.

Desperately needed, above all, is the beefing up of international cooperation, which is a reason for closer cooperation between South Korea and ASEAN, he added.

The conference, organized by the Korea Institute for International Economic Policy (KIEP), has brought together eminent experts from ASEAN countries and South Korea.

It consists of three sub-sessions titled "Global Value Chain: Prospects and Opportunities for ASEAN and Korea," "Innovation Policy for Co-prosperity of ASEAN and Korea" and "ASEAN-Korea Cooperation in Macroeconomic and Financial Policies."