SEJONG, Nov. 14 (Yonhap) -- South Korea on Thursday dismissed worries that a hike in next year's Treasury bond issuance may have an impact on bond yields, but said it would flexibly allocate bond issuance to minimize any fallout from the planned massive debt sale.

The government is seeking an approval from the National Assembly to sell a net 60.2 trillion won (US$51.4 billion) worth of state bonds to fund next year's estimated fiscal deficit, which would stem from its aggressive spending plan to prop up the slowing economy.

Kim made the remarks at a meeting with senior officials from the finance ministry, the Bank of Korea (BOK) and financial regulators. 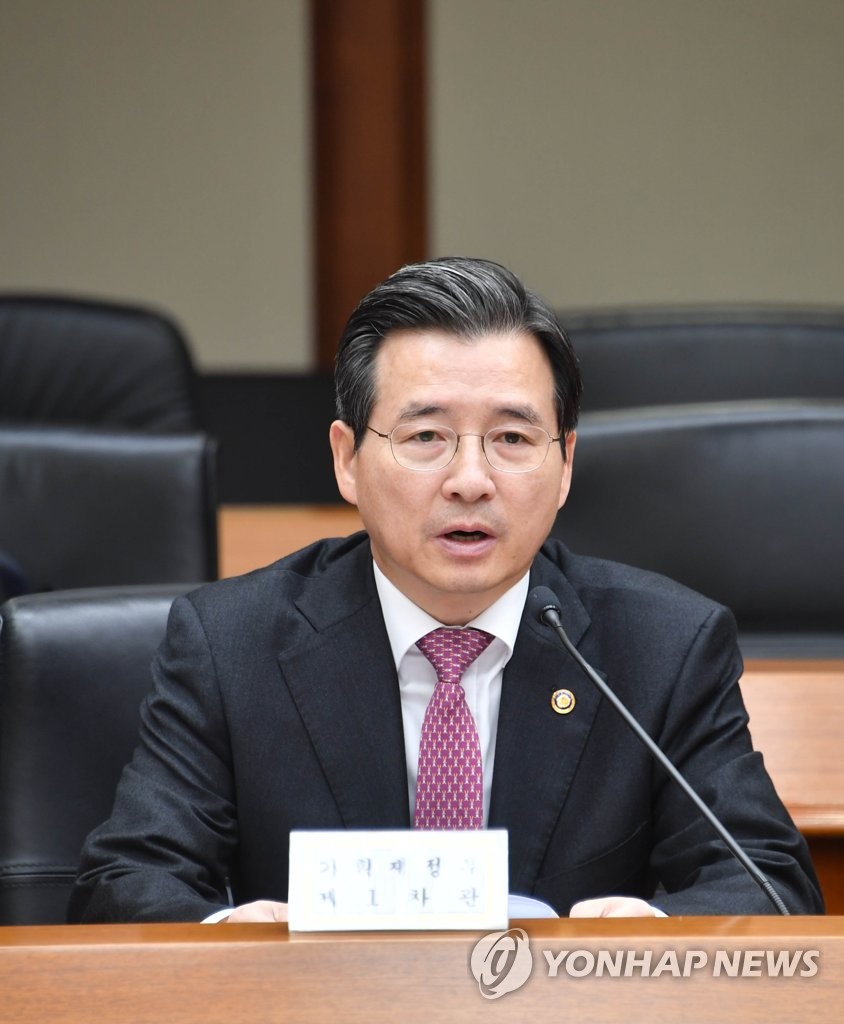 Kim said the government would flexibly allocate bond issuance next year after keeping a close tab on market situations.

The government has proposed a record 513.5 trillion-won budget for 2020 to boost its slowing economy beset by a deepening U.S.-China trade row and more recently its own with Japan.

Next year's fiscal deficit is estimated at 3.6 percent of the country's gross domestic product (GDP), compared with 1.9 percent for 2019. The national debt-GDP ratio will rise to 39.8 percent from 37.1 percent over the cited period.

The BOK cut this year's economic growth outlook to 2.2 percent in July from a previous forecast of 2.5 percent.

However, the BOK's latest projection is higher than forecasts by private organizations.
(END)