TOKYO, Nov. 14 (Yonhap) -- For South Korea competing at the Olympic baseball qualifying tournament in Japan, its first off day couldn't have come at a better time.

South Korea suffered a 7-0 loss against Chinese Taipei on Tuesday in the Super Round at the World Baseball Softball Confederation (WBSC) Premier12. The team was idle on Wednesday, and manager Kim Kyung-moon said it was a great opportunity for his players to get off their feet and take their minds off the humiliating defeat.

"We did nothing but rest," Kim said before South Korea's official practice at Tokyo Dome on Thursday. "We have to have a short memory and forget about the loss quickly." 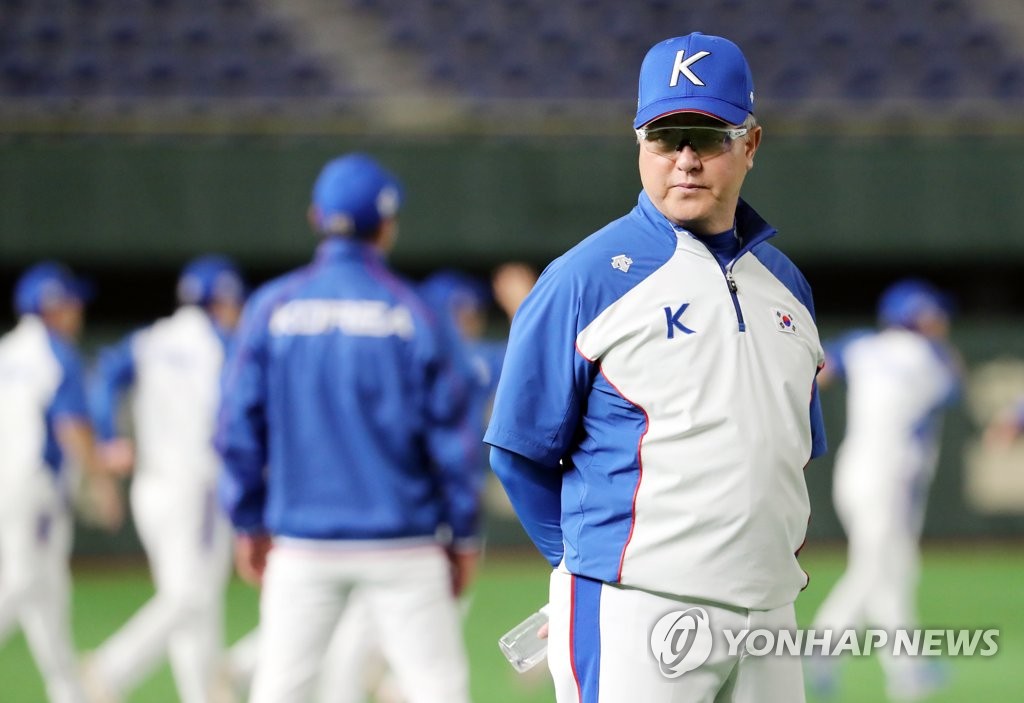 It was South Korea's first loss of the Premier12, which doubles as an Olympic qualifying tournament for Asia/Oceania. South Korea must finish ahead of two regional rivals in the Super Round, Chinese Taipei and Australia, in order to secure a spot at the 2020 Tokyo Olympics. But Tuesday's loss put a damper on South Korea's hopes of running away with the lone Asian/Oceanian Olympic berth.

South Korea will play Mexico on Friday and then Japan on Saturday. Win those two, and South Korea will grab the Olympic ticket and also advance to the Premier12 final for Sunday.

But anything less and there will be some headache-inducing number crunching involved to determine South Korea's fate.

Though the Korea-Japan showdown is the marquee matchup of the tournament, Kim said he wasn't looking past Mexico.

"At the moment, tomorrow's game is the most important one for us," Kim said. "I believe our hitters will come up with some big hits." 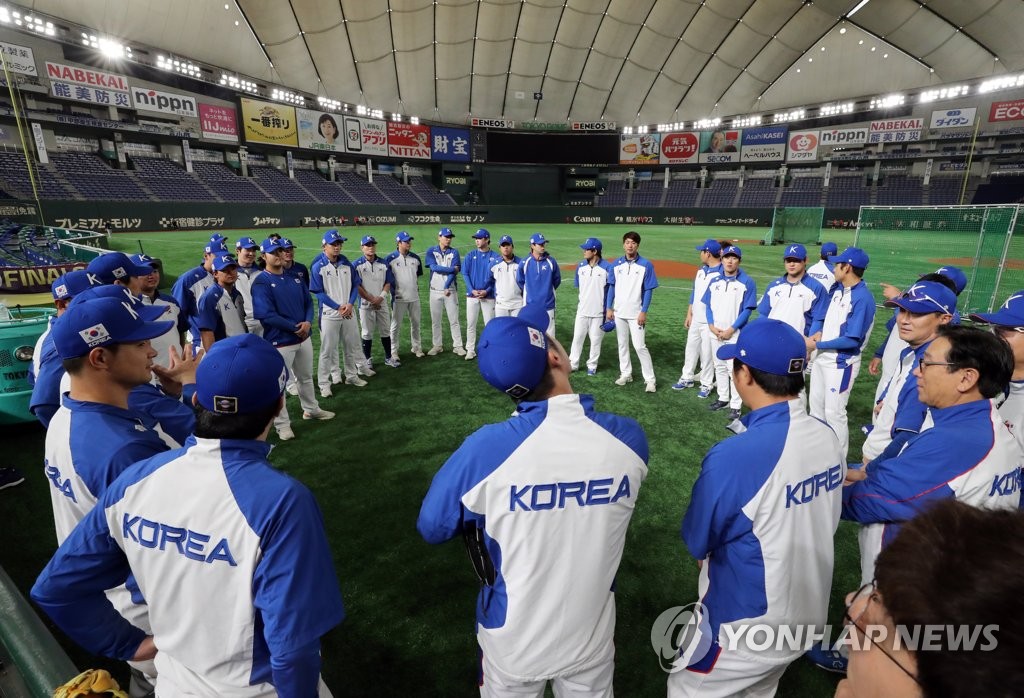 Kim desperately needs his bats to come alive. South Korea managed just five hits against Chinese Taipei, and cleanup Park Byung-ho is batting a meager 3-for-18 for the tournament, with two of the hits coming against Cuba in the final Group C game last Friday in Seoul.

Immediately after the game, Kim said he'd speak to his coaching staff about lineup changes. But on Thursday, the manager said he wasn't yet ready to make any announcement.

"I'll be cautious about shaking things up," he said. "I'll watch the batting practice tomorrow and go with the guys that look good in the cage. But I don't expect major changes."