SEOUL, Nov. 14 (Yonhap) -- K-pop girl band BLACKPINK has made it to "Time 100 Next," a list of 100 rising stars, launched this year by Time magazine, its website showed Thursday.

"BLACKPINK's star may still be rising in the U.S., but on YouTube, it reigns supreme: the foursome -- a.k.a. Jisoo, Jennie, Rose and Lisa -- has 31 million subscribers, more than any other music group in the world," the website said.

The magazine launched the new list, a youth version of its more prominent "Time 100" list, to spotlight "100 rising stars who are shaping the future of business, entertainment, sports, politics, science, health and more."

The list includes Cuban-American singer Camila Cabello and Malaysian-English actor Henry Golding in the artists category, while BLACKPINK was selected in the "phenoms" category. The list has five categories in total.

"BLACKPINK's success has been powered in part by a devoted legion of digitally savvy fans —- in this case, Blinks -- who, among other things, helped its flashy "Ddu-du Ddu-du" music video reach 1 billion streams," Time said. 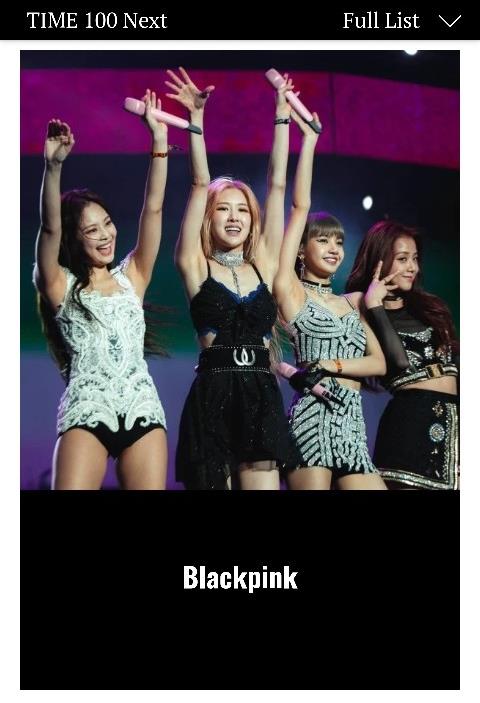