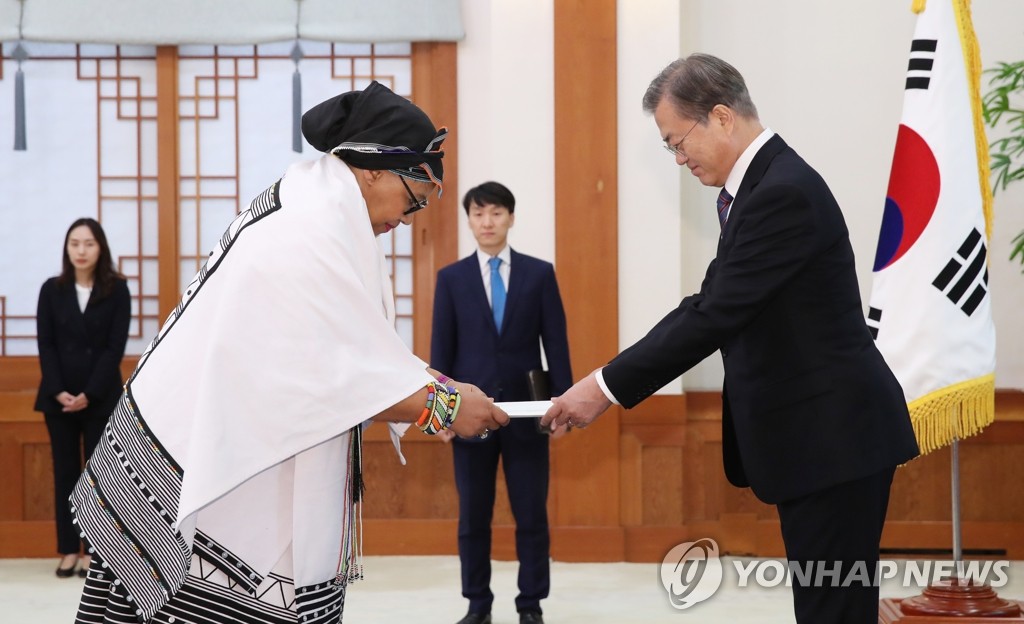 Japan's incoming top envoy in Seoul, Koji Tomita, was not present, as he has yet to begin his official work here. The outgoing ambassador, Yasumasa Nakamine, is staying in South Korea as diplomatic procedures are not done yet in relation to his next assignment in Britain, according to a diplomatic source.

The other nations whose ambassadors presented Moon with their credentials were the Czech Republic, Angola, the Netherlands, France, Sri Lanka, Denmark, Qatar, Guatemala, Rwanda, Panama and Thailand. 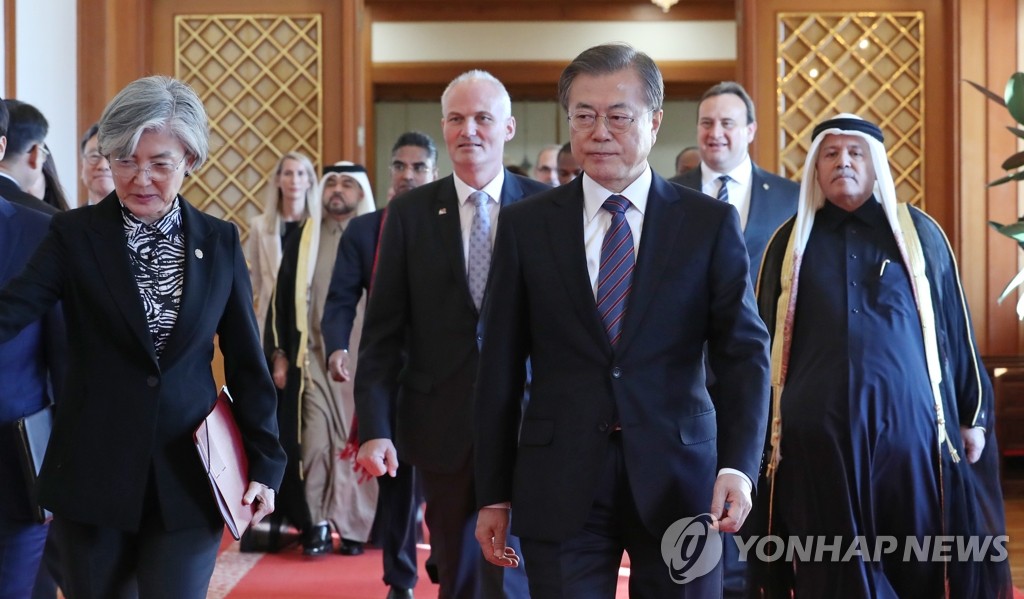