(ATTN: UPDATES throughout with remarks on plan to adjust combined drills, N. Korea's response, other details)
By Lee Chi-dong

During a 50-minute meeting with Esper at Cheong Wa Dae, Moon explained his government's basic position that it's "difficult to share military information" with Japan, which has imposed export restrictions against South Korea for a stated reason that Seoul is not trustworthy as a security partner, Cheong Wa Dae spokesperson Ko Min-jung said.

In late August, the Moon administration decided not to renew the General Security of Military Agreement (GSOMIA) and it's slated to expire as of next Saturday. 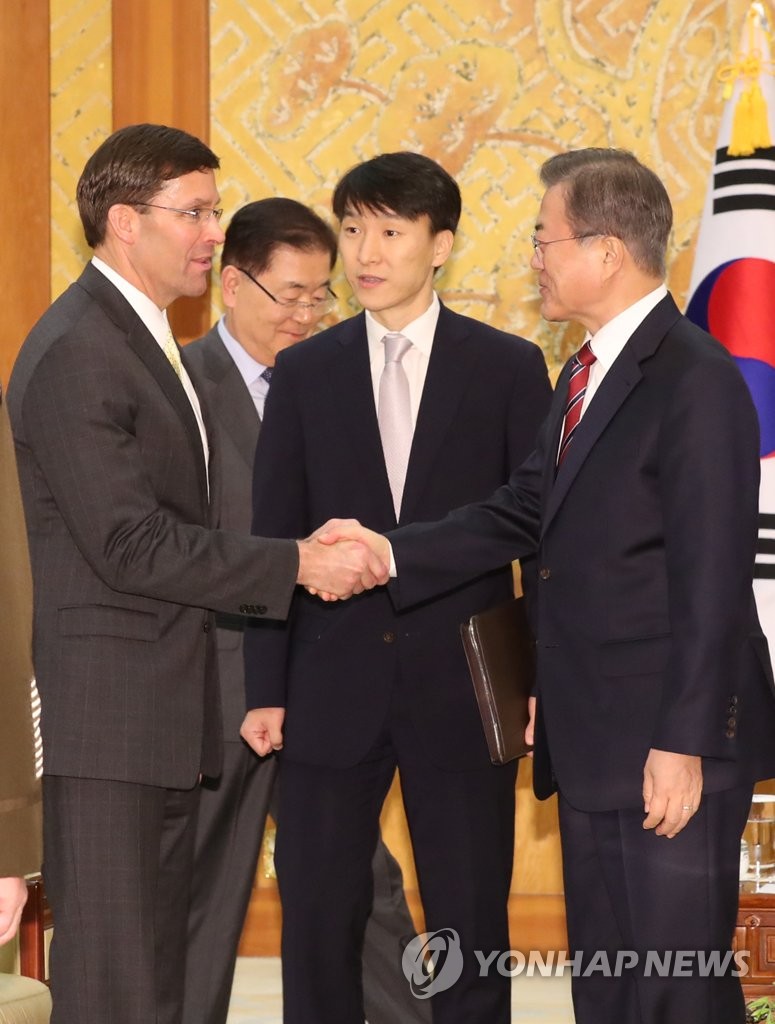 The president, however, reaffirmed his administration's commitment to continued efforts for "important" trilateral security partnerships in regional security.

The Pentagon chief was quoted as telling that he will ask Japan to make efforts as well to resolve the GSOMIA issue smoothly.

Moon gave a positive assessment of Esper's remarks on the future of the allies' combined military drills.

On his way to Seoul, Esper told reporters, "We will adjust our exercise posture either more or less depending on what diplomacy may require."

It apparently indicates Washington's openness to scaling back regular joint exercises with Seoul in a bid to keep the door open for denuclearization talks with Pyongyang.

North Korean officials were quick in responding positively to his statement, raising the likelihood of the two sides restarting nuclear bargaining in December.

In the post-SCM press conference, the secretary emphasized that keeping GSOMIA alive is crucial in three-way security cooperation, especially against China and North Korea.

Its expiration, attributable to "continued friction between Seoul and Tokyo," would be of benefit only to Pyongyang and Beijing, he said.

He also pressed South Korea to pay more for American troops on its soil.

"(South) Korea is a wealthy country, and could and should pay more to offset the cost of defense," he said.

Seoul and Washington are haggling over sharing the cost of the presence of the 28,500-strong U.S. Forces Korea.

Ko, however, said the money issue was not raised in the Moon-Esper meeting, originally scheduled to last half an hour. 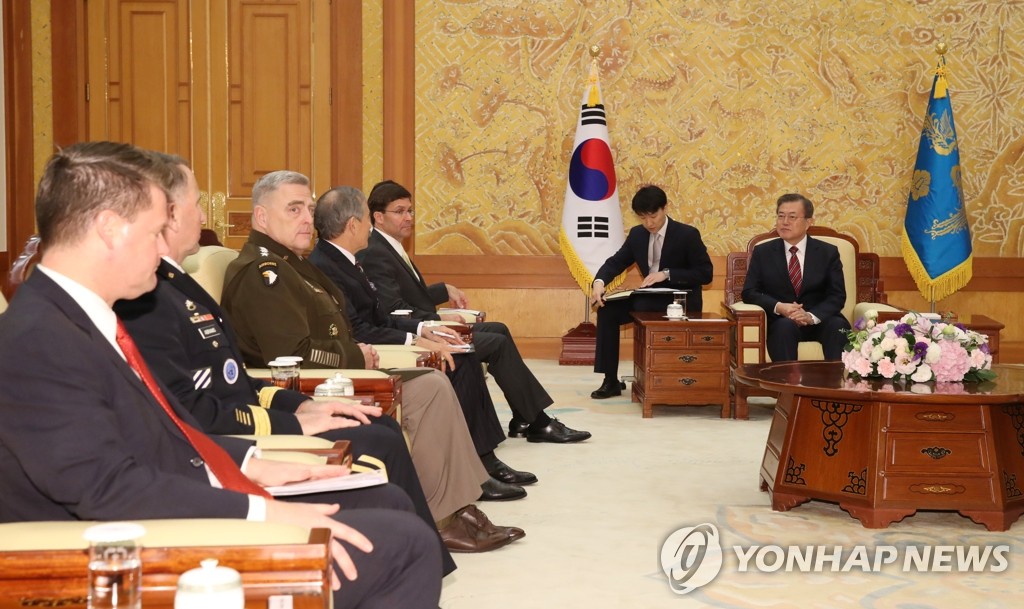