SEOUL, Nov. 14 (Yonhap) -- South Korea's top national security officials on Thursday discussed the thorny issue of how to resolve the prolonged stand-off with Japan, with a bilateral military information-sharing agreement scheduled to expire next week, the presidential office said.

In a weekly National Security Council (NSC) session, presided over by Chung Eui-yong, head of presidential national security office, its standing members reviewed the recent South Korea-Japan relations and discussed "the direction of consultations through diplomatic channels" between the two countries, according to Cheong Wa Dae.

They also discussed a strategy on negotiations with the United States on splitting the financial burden for the stationing of 28,500 American troops in South Korea, it added.

Also on the agenda was Defense Minister Jeong Kyeong-doo's activity in the upcoming Association of Southeast Asian Nations (ASEAN) Defense Ministers' Meeting-Plus (ADMM-Plus). It will be held in Thailand on Sunday and Monday.

South Korea's delegation, led by Jeong, plans to make efforts to ramp up international support for the Korea peace process and bolster partnerships with other participating nations, Cheong Wa Dae said in a press release.

Keen attention is being paid to whether Cheong Wa Dae will change its stance on the General Security of Military Information Agreement (GSOMIA) with Japan. It is set to expire next Friday amid U.S. defense officials' public talk of the need for Seoul to avert its decision not to extend the accord. They say it's important in beefing up trilateral security cooperation in the region.

South Korea has decided to ditch GSOMIA, saying Japan's trade restrictions against it suggest that the neighboring countries are not trusted defense partners. 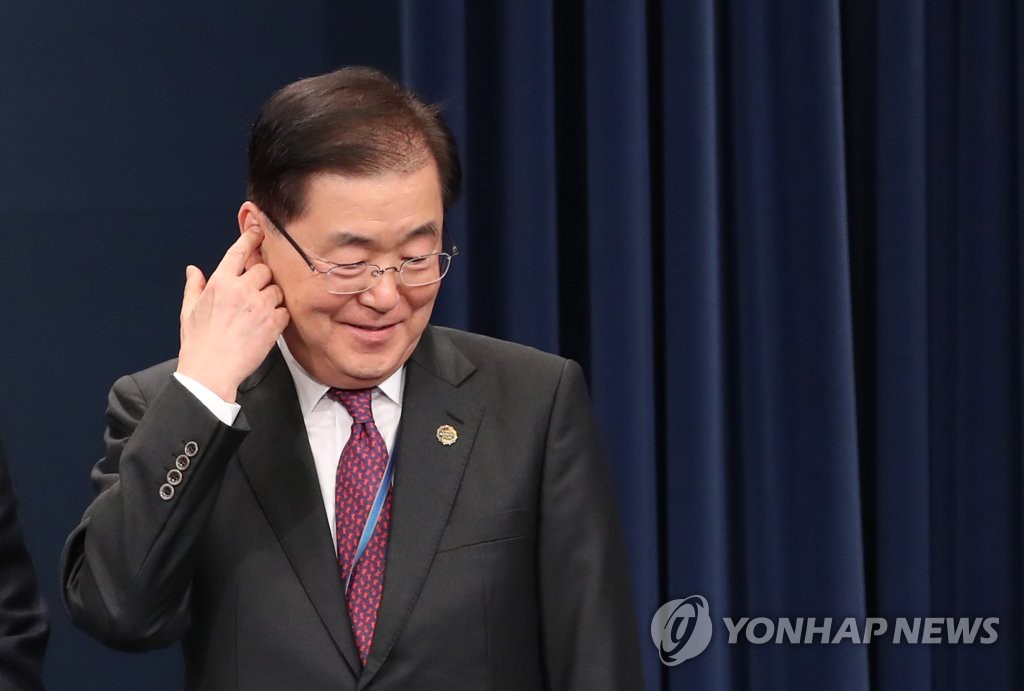