With "HIP," the vocals-oriented band threw away their hand-held microphones and adopted headsets for the first time in their five-year career to go all-out in stage dance performance.

"The performance is the most powerful ever in our music career. It almost brought tears to my eyes as we prepared for the album," team leader Solar said in a press showcase of the album on Thursday.

The lead track, laced with captivating brass and string sounds, advocates female power, a quality Mamamoo has espoused through their high-profile music and entertainment career. Member Hwasa jointly wrote the lyrics for the track.

"Thinking and acting with confidence about oneself makes anyone a very fabulous person. I hope that listeners of 'HIP' can come away with that lesson," member Moonbyul noted. 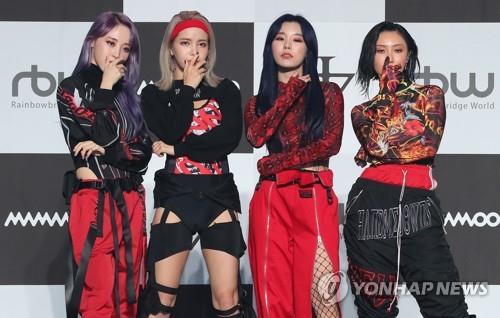 A noteworthy track is "Destiny," which was pre-released in Mnet girl band competition show "Queendom."

"The track carries a message that we, Mamamoo, must have been destined to meet anyway even if we were not Mamamoo. This track, I think, is the song that represents the whole philosophy of the album," according to Hwasa.

"With this new album series, we want to send out a hopeful message that allure and beauty come from one's own self," Solar said. 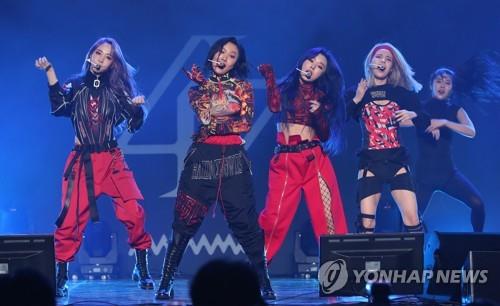