SEOUL, Nov. 14 (Yonhap) -- The South Korean government will conduct an anti-fine dust exercise this week in an effort to minimize damage from the air pollution, officials said Thursday.

The exercise, slated for Friday, will involve the presidential office, a few ministries and 17 major city and provincial governments to test policy measures to cope with the fine dust air pollution which tends to be worse from December to March.

"The exercise is aimed at comprehensively checking the capacity of the central and local governments and Cheong Wa Dae to tackle fine dust," a presidential official said.

The mock training will start at 6 a.m. with the assumption that a "caution" alert is issued.

The "caution" is issued when the daily average density of ultrafine dust exceeds 150 micrograms per square meter for more than two hours or it is forecast to surpass 75 micrograms the following day.

In March, South Korea designated fine dust as a social disaster as the intensity and frequency of the air pollution has increased in recent years.

For the exercise, civil servants and officials at public institutions in those areas are required to leave their cars at home based on odd-even number plates. 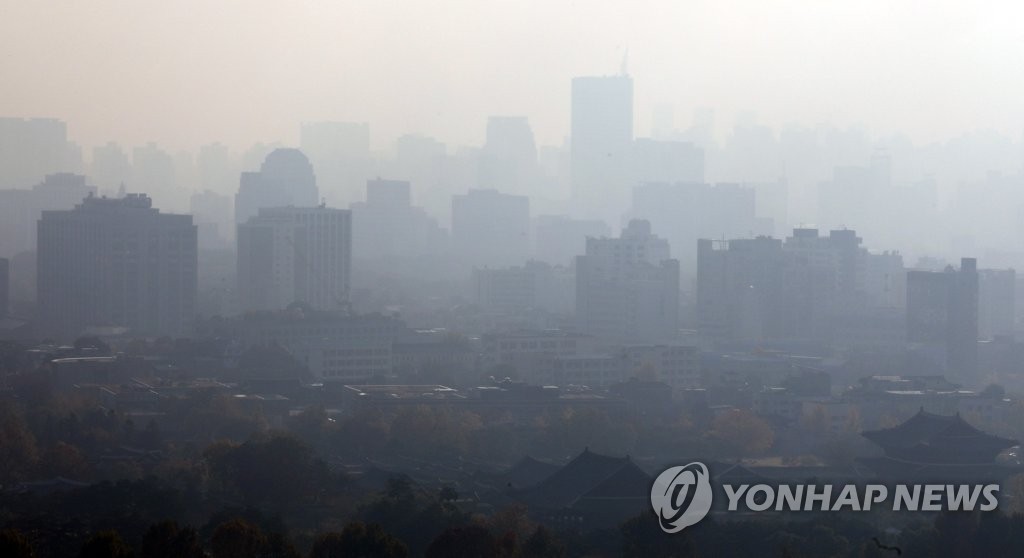