INCHEON, Nov. 14 (Yonhap) -- South Korean free agent pitcher Ryu Hyun-jin has never had a countryman as a teammate in his major league career. And upon returning home for the offseason on Thursday, Ryu said doing so with veteran South Korean outfielder Choo Shin-soo on the Texas Rangers would be "special."

Ryu, the runner up for the 2019 National League (NL) Cy Young Award, landed home to spend some down time with his family here. He's coming off the best season of his seven-year big league career, leading the majors with a 2.32 ERA while going 14-5 for the Los Angeles Dodgers. He finished second to Jacob deGrom of the New York Mets for the Cy Young and became the first Asian pitcher to earn a first-place vote for the top pitching prize. 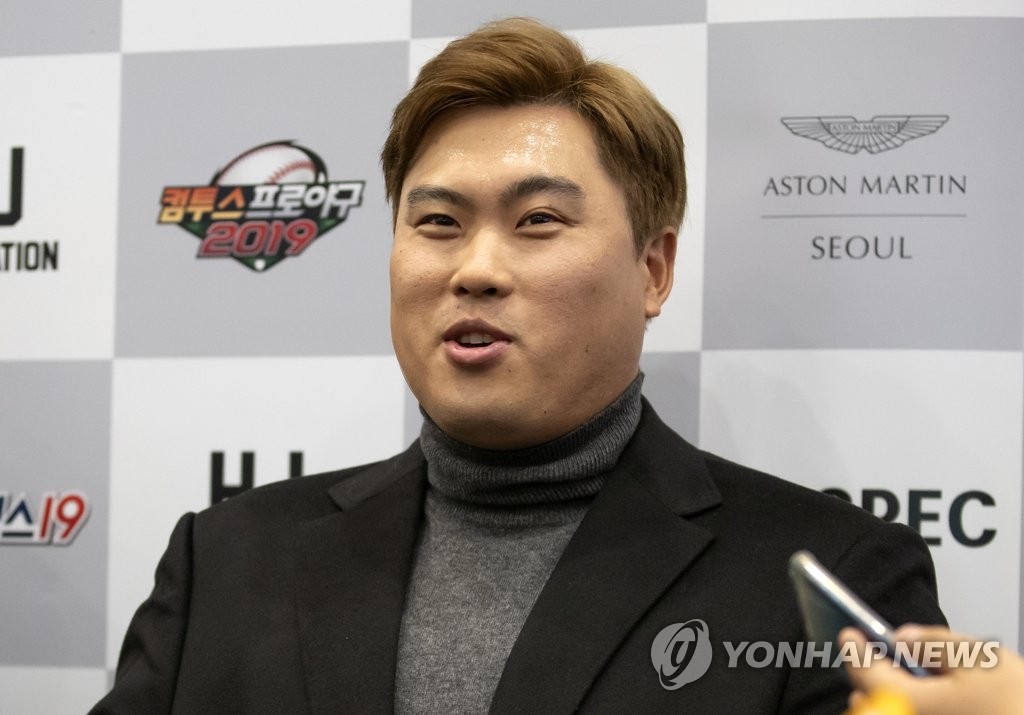 And Ryu couldn't have picked a better time to have such a strong year. He has elected free agency and will look to sign a lucrative multi-year deal before the 2020 season.

Choo recently told a Korean radio station in Dallas that he has asked the Rangers' front office to pursue Ryu in free agency.

When informed of Choo's comments, Ryu said, "I am grateful. I think it'd be special to be playing with a fellow Korean on the same team."

Ryu said his agent, Scott Boras, is handling all free agency-related matters and said he doesn't think there has been much talk with the Dodgers so far.

"I am going to focus on training for the new season," Ryu said. "Honestly, I am not really thinking about free agency. But if there's anything I need to do (regarding free agency), I'll probably fly back to the U.S. at some point."

As for the length of the new deal, Ryu, who will turn 33 next March, said he'd like to sign for "three to four years." 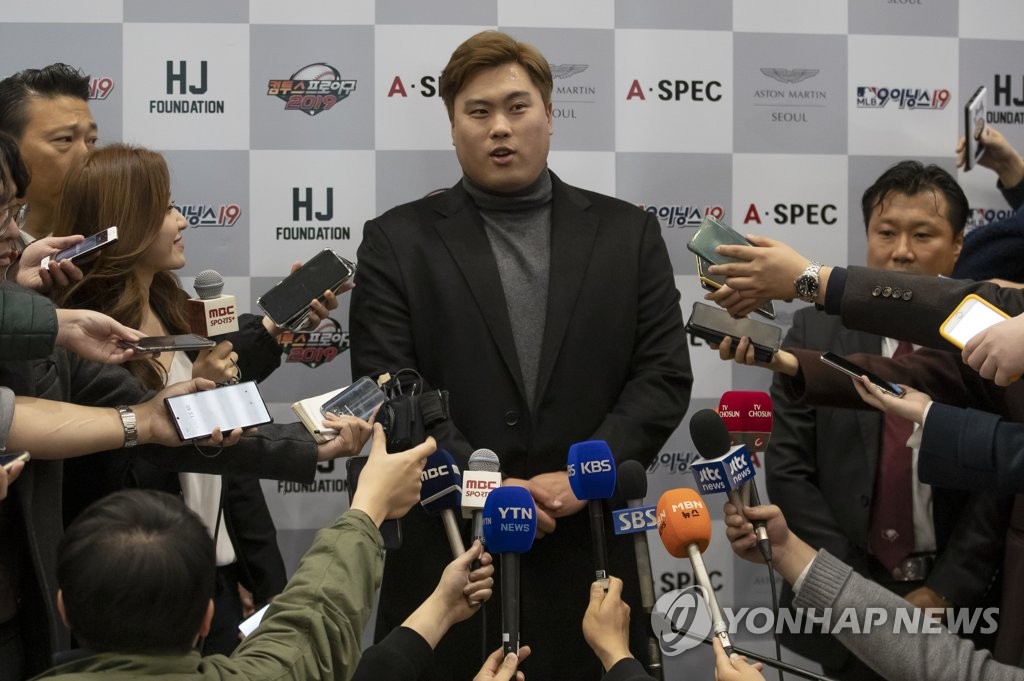 He said he was satisfied with his 2019 season, and the biggest factor behind his success was his health.

Ryu, who has a history of shoulder and elbow operations plus other lower-body injuries, made 29 starts and pitched 182 2/3 innings, both of them his highest totals since his rookie season in 2013.

Ryu Hyun-jin says playing with fellow S. Korean on Rangers would be 'special'

Ryu Hyun-jin says playing with fellow S. Korean on Rangers would be 'special'