SEOUL, Nov. 14 (Yonhap) -- North Korea's top nuclear envoy said Thursday he is ready to meet with his U.S. counterpart, but that Washington should first unveil a fundamental solution to the nuclear impasse by a year-end deadline set by Pyongyang.

"If the negotiated solution of issues is possible, we are ready to meet with the U.S. at any place and any time," Kim said in a statement carried by the Korean Central News Agency (KCNA).

But Kim made it clear that he has no interest in talks if Washington seeks to appease North Korea in order to pass the deadline as it did during their working-level talks in Stockholm in October.

Washington and Pyongyang resumed negotiations in the Swedish capital last month after months of stalemate, but the talks broke down with the North accusing the U.S. of failing to come up with a new proposal. 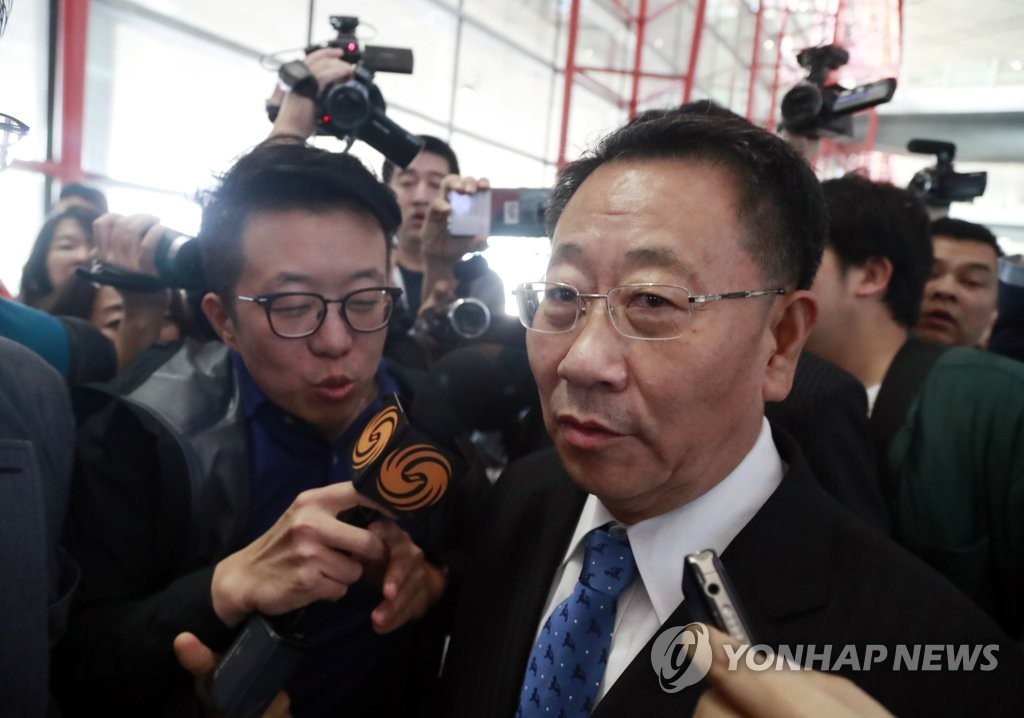 North Korean leader Kim Jong-un has set the year-end deadline for the U.S. for a proposal on North Korea agreeing to denuclearize in exchange for economic and political concessions.

The negotiations have been stagnant since the summit between Kim and U.S. President Donald Trump ended without a deal in February in Vietnam.

The North's nuclear envoy pressed the U.S. to put forth a "basic" solution to Washington's hostile policy toward Pyongyang.

He said there will be no possibility for resolving the current impasse if Washington seeks to discuss secondary issues, such as a declaration to end the 1950-53 Korean War or the establishment of a liaison office.

"I intuitively feel that the U.S. is not ready to give a satisfactory answer to us and its proposal for dialogue with us is a trick to earn time through the orchestration of DPRK-U.S. meeting," Kim said, referring to the acronym for North Korea's official name, the Democratic People's Republic of Korea.
(END)