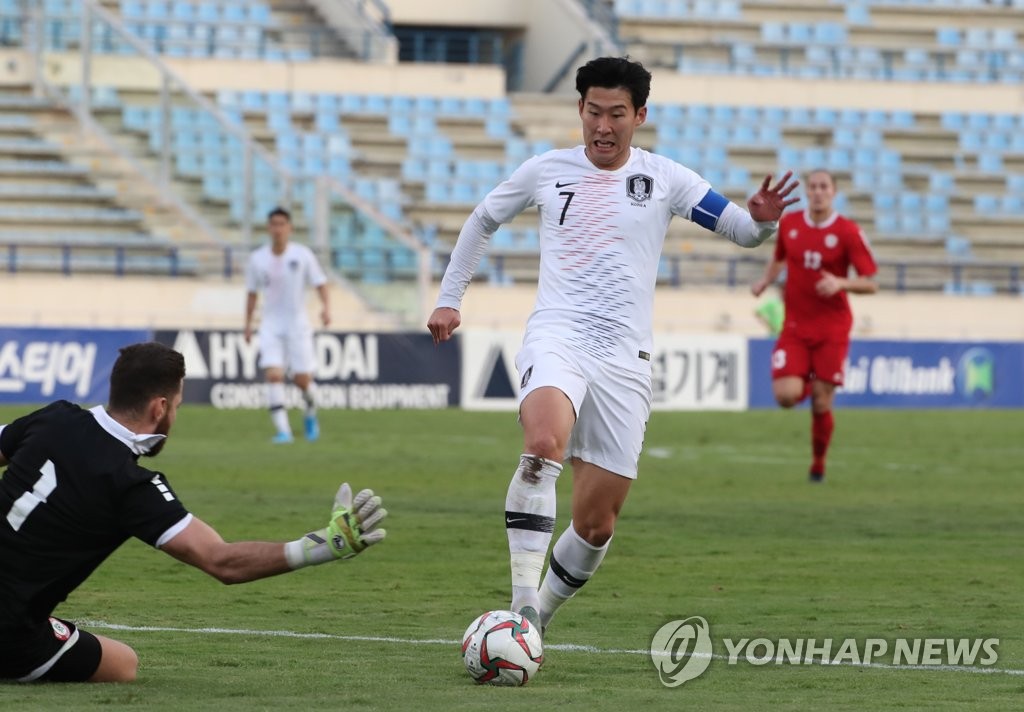 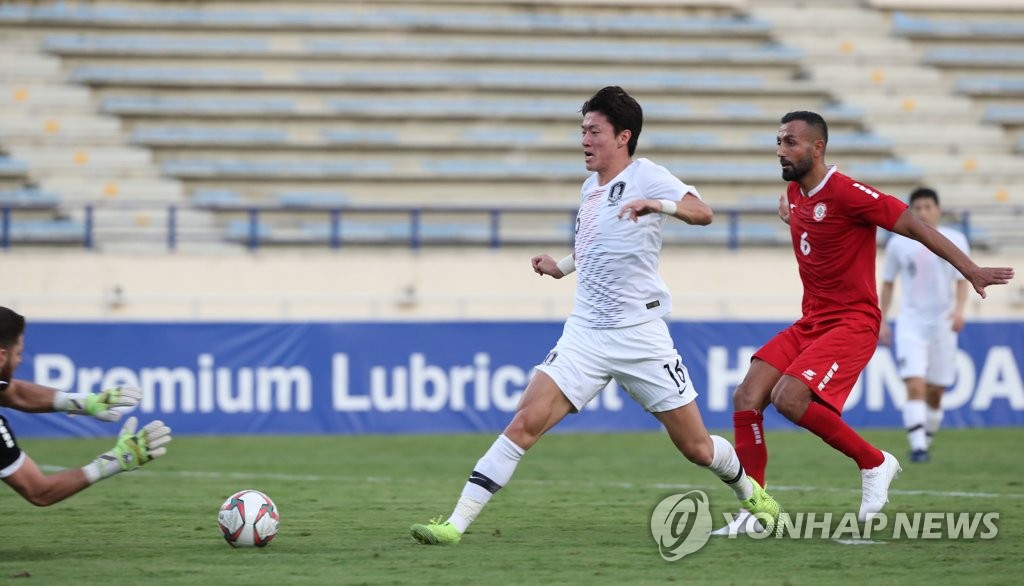 With security concerns and inadequate training facilities in Beirut, South Korea head coach Paulo Bento decided to run practices in Abu Dhabi and the team only arrived in Lebanon on the eve of the match.

Players on both sides had difficulty connecting on passes on the rough pitch at Camille Chamoun Sports City Stadium. Maintaining control of the ball on dribbles was a challenge, too.

But South Korea kept attempting in vain to make plays on the ground, rather than sending crosses and establishing the aerial attack. By the time the towering striker Kim Shin-wook entered the match in the 64th minute, fullbacks and wingers had wasted much of their energy trying to make passes on the sub-par field, and they failed to put pressure on defense. 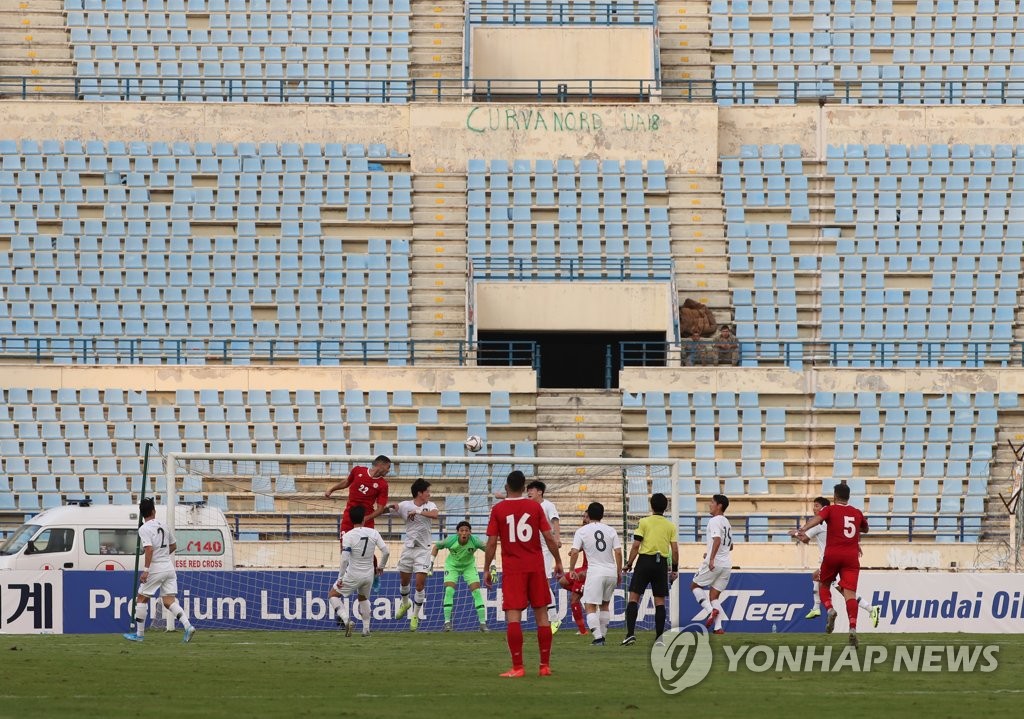