Leaving in 1955 for Paris, then the epicenter of painters and artists from around the world, Nam spent 13 years before returning home, having achieved a series of historic achievements there.

"I was no more than a painter from a foreign country. At the time, Paris, after World War II, was witnessing such active abstract painting movements that it was not an exaggeration to say it was a golden age of abstract art," Nam recalled of his time in Paris in his article contributed to a local magazine in 1971.

"I was compelled to create, with all my means, a world different from those by Westerners. It should not be something exotic, but fundamental issues that have been accumulated in Korean history," he reminisced. 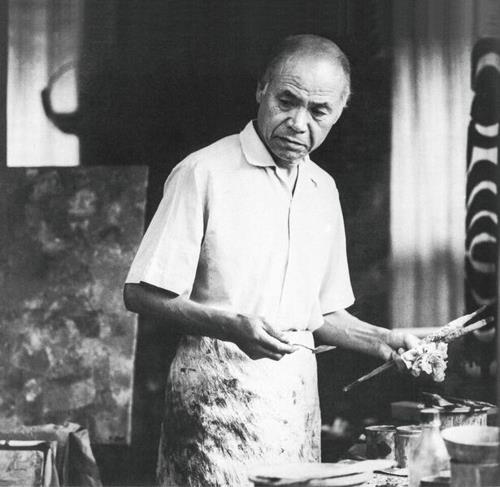 Nam's contemplation was translated into filthy walls, dilapidated courtyards or ruins of cold castles and monuments in his painting works, images he took from Asian or Korean relics. Images reminiscent of ancient Asian scripts and Chinese characters are also a signature motif frequently adopted in his paintings.

Last week, Gallery Hyundai in Seoul launched a special exhibition featuring Nam's major abstract painting works including those from his sojourn in the French capital.

Scheduled to run till Nov. 30, the exhibition, "Nam Kwan's Abstract Painting 1955-1990," presents another pillar of the painter's works from the period following Nam's return to Korea till his death in 1990.

Including works from the two major eras in Nam's life, the exhibition presents some 60 artworks by the artist.

Bleakness dominated Nam's Paris-era works, in which the colors gray and purple were often employed to bring out the visual effects of corrosion or wearing out, a line of imagery attributed by critics and the artist himself to Nam's experience as a commissioned Korean War painter.

"The face of a young soldier who collapsed in a field, astray limbs dismembered (from soldiers), sunshine over corpses ... I see their faces on a moss-covered rock or a beaten-down wall of an old palace," Nam said in an interview with a local daily in 1973.

"(They) look to me similar to the face of humankind that will survive all kinds of vicissitudes," according to the artist. 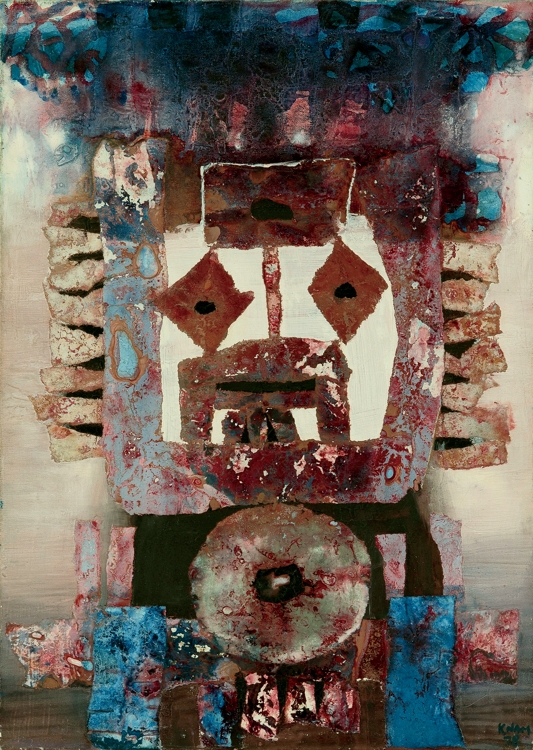 His later works following his return to Korea in 1968 strike a stark comparison, however.

The color palette in the following Seoul-era artworks brightens up into a blue hue, and the artist adopted a new artistic motif of masks as explored in his own philosophy of human characters and a color spectrum with "dreamy" touches.

The stylistic and thematic difference between the two eras is well pronounced in the latest exhibition by Gallery Hyundai.

"Nam Kwan was the first (Korean artist) to launch a career in Paris and carved out an important presence in Korean abstract art history," an official at the gallery said.

"He presented works with very experimental elements, having adopted images reminiscent of ancient pictograms and Chinese characters and used paper cutouts to guide where he should paint on the canvas," according to the official.

This is Gallery Hyundai's fifth exhibition featuring Nam. The first in 1972 was the gallery's first event exhibition dealing with abstract paintings.

In 1958, Nam also became the first Korean to be invited to exhibit with the influential avant-garde artist group Salon de Mai, and won the first prize at the 1966 Biennale de Peinture in Menton. 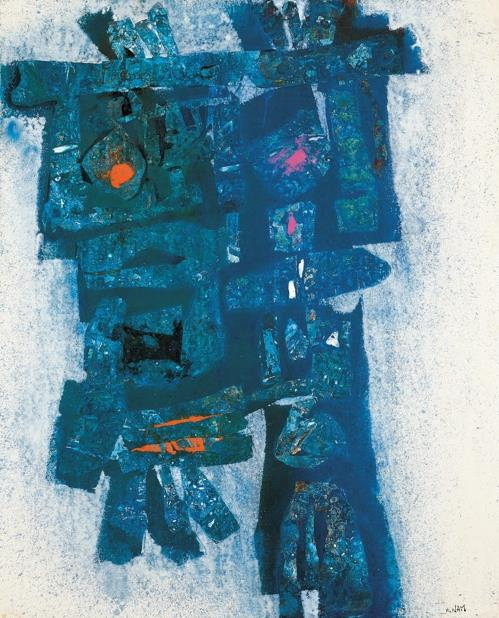