"Among marriage immigrants living in South Korea, 37 percent are from the Association of Southeast Asian Nations (ASEAN)," she said in an interview with Yonhap News Agency. "Our support for them can be a key point to expand cooperation between South Korea and ASEAN." 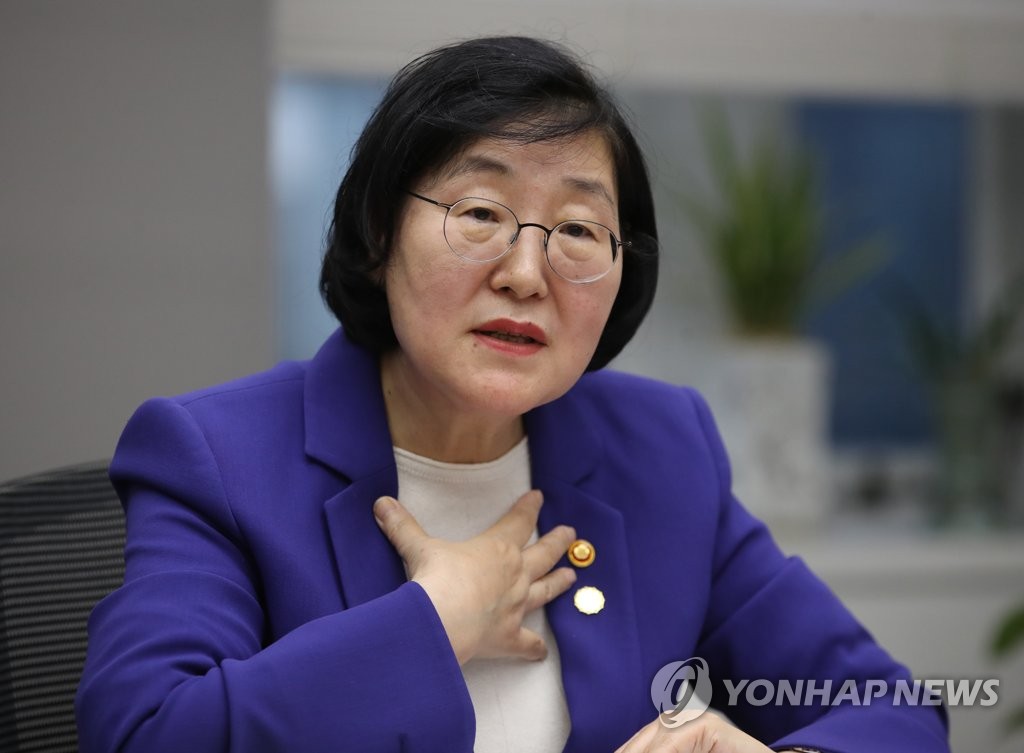 According to the latest census, carried out last year, there are 335,000 families that include marriage immigrants or naturalized citizens living in South Korea.

The total number of members of such families reached a record 1 million, accounting for 2 percent of the country's total population of 50 million, according to the census.

In particular, 37 percent of marriage immigrants are from the 10 member countries of ASEAN, including the Philippines, Thailand, Malaysia, Vietnam and Indonesia.

Lee, who once was a prominent scholar in sociology and an advocate for women's movements, said these female immigrants from ASEAN can serve as a diplomatic bridgehead linking South Korea and their motherlands.

To embrace those who came to Korea through marriage as members of South Korean society, the minister said the government has made efforts to protect them from domestic violence and will help them feel at home.

A few months ago, a public outcry erupted when a video clip was released on social media that showed a Korean husband assaulting his Vietnamese wife in the presence of their child in their home.

"We've strengthened protection for marriage immigrants and eased naturalization requirements for victims of domestic violence," she said. "We are working on further plans to remove social hurdles against immigrants and help them participate in South Korean society."

As part of efforts to make forays into the populous and resource-rich region, the Seoul government will host special summit meetings between South Korea and ASEAN later this month.

The 2019 ASEAN-Republic of Korea Commemorative Summit is slated for Nov. 25-26 in the southern port city of Busan. On Nov. 27 it will be followed by the inaugural Mekong-Republic of Korea Summit, involving five nations: Cambodia, Laos, Myanmar, Thailand and Vietnam.

During the events, the gender equality minister will hold a conference with immigrants from Southeast Asian nations and activists in Busan to brainstorm ideas and solutions for the issue.

"I will listen to their voices and thoughts about settlement, child care and social participation," she said.