Hong Nam-ki said that South Korea will push for strengthened free trade and boost ties with the 10-member Association of Southeast Asian Nations.

He made the comments in a meeting with ambassadors of the regional bloc in Busan ahead of the summit between South Korea and ASEAN in the southeastern port city on Nov. 25 and 26. The Lao ambassador to South Korea did not attend the meeting. 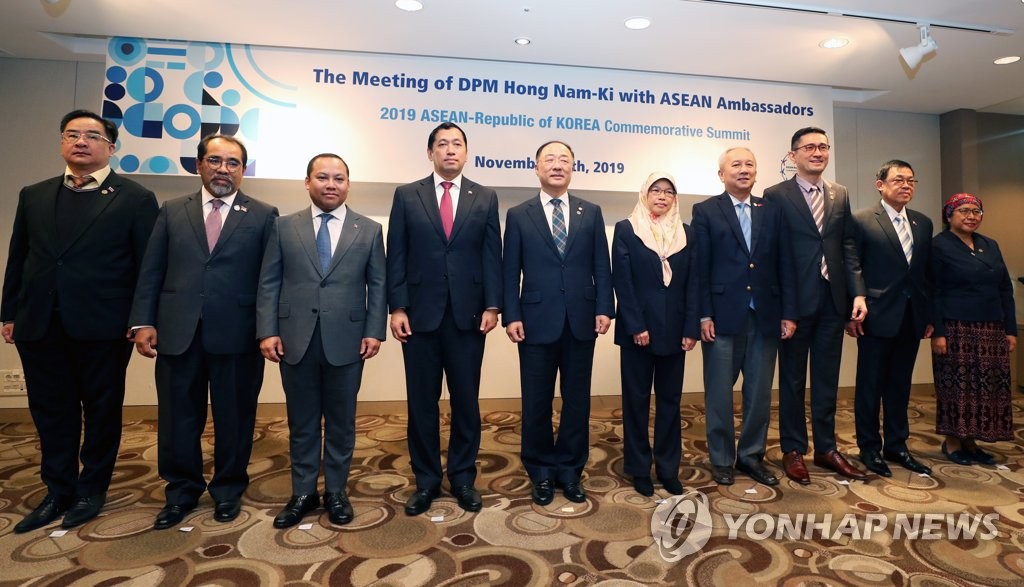 ASEAN and its dialogue partners -- South Korea, China, Japan, Australia and New Zealand -- reached the pact earlier this month that would create a mega economic bloc that accounts for half of the world's population and one third of the total gross domestic product across the globe.