JEONJU, South Korea, Nov. 16 (Yonhap) -- Celebrating the 130th anniversary of its construction this year, Jeondong Catholic Cathedral, a church in the heritage village of Jeonju, will stage a media art show inspired by Michelangelo's masterpiece, the Sistine Chapel ceiling.

The media art show will project reinterpreted modern images of the Michelangelo painting on the vault of the Catholic church, also known as the Jeondong Church of Francis Xavier.

The Catholic church was founded on the outskirts of the southwestern city by French Father Baudounet in 1889 and moved to today's location in the center of Jeonju, a site of Catholic martyrdom, in 1891. A seven-year project from 1908-1914 resulted in today's Roman-Byzantine cathedral. It is now South Korea's official historic landmark No. 288. 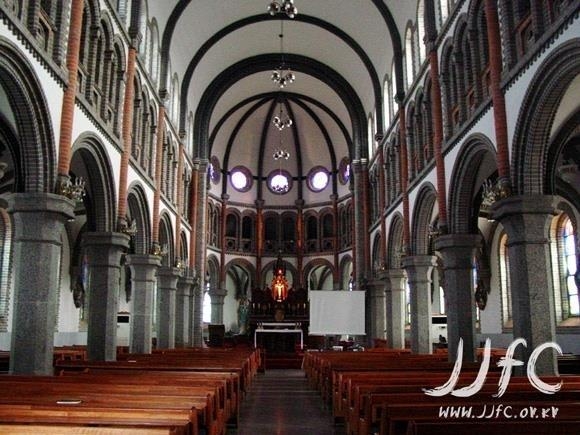 To celebrate the 130th anniversary, the church's media art show will kick off on Nov. 29 for a two day run. It is the first public cultural performance to be held at the historic church.

Employing 42 projectors, each show will project a high-resolution video with 21,599 film frames in a panoramic view over the church vault.

The film is a modern reinterpretation of the Michelangelo masterpiece, walking the spectators through the arrival of light on Earth, corruption and wars of civilizations and a following divine judgment.

The show will also delve into Jeonju's modern history and the stories of the city's six Catholic saints.

Reservations can be made at www.culture.go.kr/ticket/main and tickets are also available for purchase at the site. 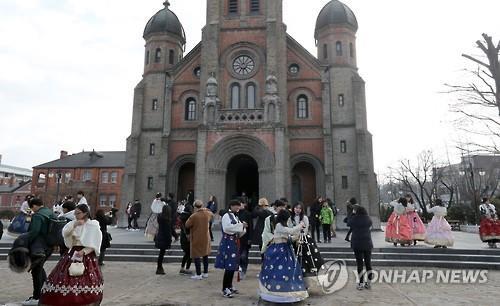